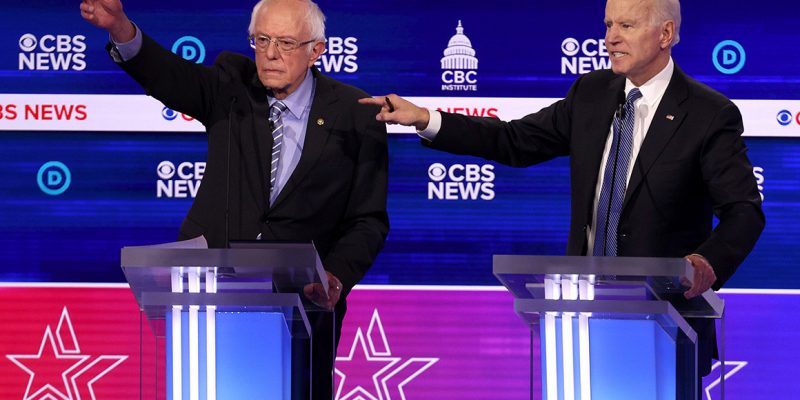 Democrat frontrunner Joe Biden has had a very good couple of weeks which has culminated in the near-unanimous support of fellow Democrats in Washington and around the Country.

Since his big win in South Carolina, the former Vice President has picked up dozens of endorsements from Democrat Party leaders and members of Congress. Meanwhile, Senator Bernie Sanders (D-VT) has received very little in the way of endorsements from his fellow elected officials.

It is an ongoing trend since Biden’s dominant performance on Super Saturday. Virtually every former Democrat for President has endorsed his campaign – an obvious slight to self-proclaimed socialist Bernie Sanders who appeared well-positioned for the nomination until recently.

The two candidates will face off in a one-on-one debate on March 15th hosted by CNN. The Democratic National Committee (DNC) changed the rules in order to keep the only remaining major Democrat running off stage, Congresswoman Tulsi Gabbard of Hawaii.

The newest additions to Biden’s endorsements? US Senators Cory Booker (D-NJ) and Kamala Harris (D-CA) who headlined a campaign event for Biden in Detroit last night, rallying voters just one day before the Michigan Democratic Primary in which Biden is expected to beat Sanders by double-digits.

The two former candidates are singing a very different tune than when Joe Biden was their opponent in the 2020 Democratic Primary. Kamala Harris dealt one of the hardest blows to Biden’s campaign, questioning his record on race relations by telling him in one of the first debates, “I do not believe you are a racist but you also worked with them to oppose busing.”

While he was a candidate Cory Booker said of Biden, “There’s a lot of people who are concerned about Joe Biden’s ability to carry the ball all the way across the end-line without fumbling… there are definitely moments when you listen to Joe Biden and you just wonder.”

The current delegate counts are as follows: Biden – 664, Sanders – 573. A candidate must earn 1,991 delegates to become the Democrat nominee for President.