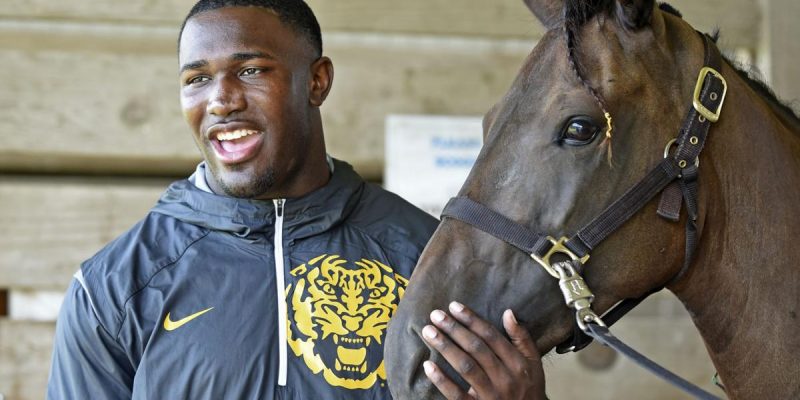 He is a man who loves crushing the offensive opponent and taking care of his horses.

Not a combination you see every day.

Many fans may not know exactly how much White loves his horses. Sadly, on the night before he signed his rookie contract in 2019, he was mourning the passing of his beloved five-year-old Standardbred, Daisy Mae, who died suddenly of dehydration and heat exhaustion.

White had groomed Daisy Mae, his favorite, for only one year. It was Daisy Mae that White rode on LSU’s campus and on the turf of Tiger Stadium, what he considers one of the highlights of his life.

“Never thought I would be posting something like this so soon, been in tears for over 10 plus hours,’’ White wrote on Facebook the night after Daisy Mae died. “Everybody knows the love I have for ‘Daisy Mae,’ and the passion that I take care of her with. Many of you may know already that my baby girl left this beautiful world last night but she fought hard…she was very dehydrated and overheated!!’’ 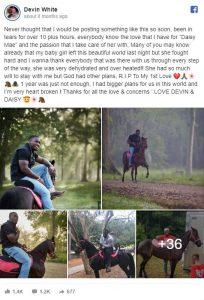 While Daisy Mae is gone, White has enjoyed his other horses, of course. In fact, he just added a horse to his family, named D’Jango. Maybe it’s D’Jango that will carry Brady’s three children Jack, Benny, and Vivian.

And White is likely hoping it will be Brady carrying him and the Bucs to a world championship next February.