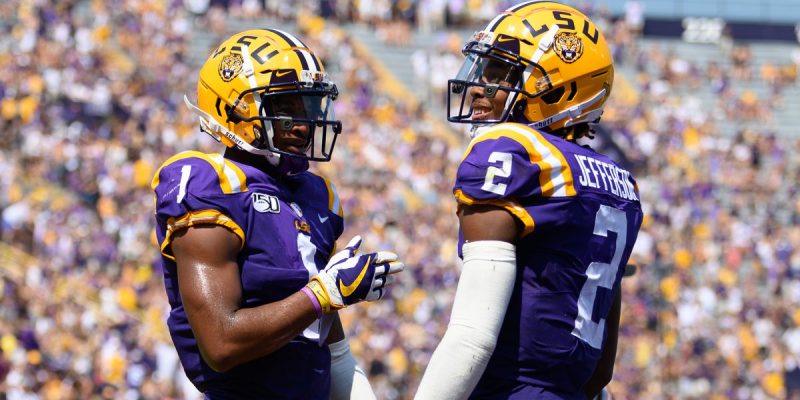 Everything across the country is shutting down, as we all know. For the first time in our lives, there will be no sports between now and the foreseeable future.

No baseball. No basketball.

Most would agree that while this will cause a great shift in our focus over the coming months, no one wants to consider the real possibility that what has become our nation’s greatest pastime won’t occur either.

As of now, though, it may be of some relief for the mind to consider what football season LSU just had in 2019 and what possibilities lie in store coming up in the fall of 2020.

As of now we should all go easy on ourselves and just assume that the season will play out. Along with that assumption comes the fun of wondering what a season on the heels of a national championship winning campaign might look like.

If LSU is to even come close to replicating the stellar season it just had, or even approach its 10-3 finish and No. 6 final ranking in 2018, it will hinge on several crucial areas, including the departure of passing game coordinator Joe Brady.

Yes, offensive coordinator Steve Ensminger returns, while Brady, winner of the 2019 Broyles Award, is off to the NFL to coordinate the offense of the Carolina Panthers. One question will be exactly how much impact Brady had on LSU’s record-setting offense, considering how much work he put in with the receivers in the off-season, and his genius assistance in the booth with Ensminger.

The second is probably obvious. It’s the first one many fans may not know about.

Ever the innovator, Brady used his imagination last year–before last year even started actually–to correct a major problem the wide receivers had the year prior in 2018. According to Pro Football Focus, the Tigers finished 96th among FBS teams in catch percentage, pulling in just 84.3% of targets. The wide receiver position dropped 21 of the team’s 26 total in 13 games.

When he arrived in Baton Rouge, Brady knew that had to change. So every receiver was given the goal of catching, over the summer, 10,000 balls.

“I told these guys every single day: ‘This team is going to go as the receivers go,'” Brady said. “‘There’s not a day we can take off. This receiver unit is going to make this team who we are.’ And then I want them to have that mentality.”

An example of one of those innovations? The receiver stands behind a closed door, waiting. When the door opens, a ball is already flying through the air towards him, and the receiver has to catch it.

Drop the ball, and drop down for a punishment of 20 pushups.

“The open door that was definitely new for me,” Justin Jefferson said. “I was like, ‘Bro, you’re going to hit me with the ball there.’ But as time went on, and the more we did it, the more comfortable I felt with it.”

The facts are clear: Joe Brady played an enormous role in the Tigers’ explosive offensive attack, both on the scene and behind the scene.

Maybe the underlying question is whether Brady was the chicken or the egg. Did LSU’s bevy of freak athletes more make Brady, or did he more make them?

Ultimately the percentages in this question don’t matter, and could never really be ascertained anyway. It’s simply the type of question sports enthusiasts like to consider. But some things are clear. Brady will not have the same weapons to toy with in Carolina, and certainly there will be no Joe Burrow under center for the Panthers. With Brady’s presence, the Heisman winner bested his 2018 statistics by a whopping 2,777 yards and 44 touchdowns, all-the-while throwing just one more interception.

The Panthers just signed veteran Teddy Bridgewater for the starting quarterback role. If Brady can help make him into an All-Pro, it might speak even more volumes to his influence last year for LSU.

But there are uncertainties on LSU’s side of things as well. Will new passing game coordinator Scott Linehan implement the innovations and develop the chemistry Brady had with his players? How will the new quarterback, presumably Myles Brennan, perform in his first year as a starter? The receiving corps returns Biletnikoff winner and new No. 7 Ja’Marr Chase, as well as superstar Terrace Marshall, but who else among the receiving corps will step up to provide the selflessness and balance this type of offense needs?

Look for senior Racey McMath, sophomore Trey Palmer, and true freshman Kayshon Boutte to have something to say about that.