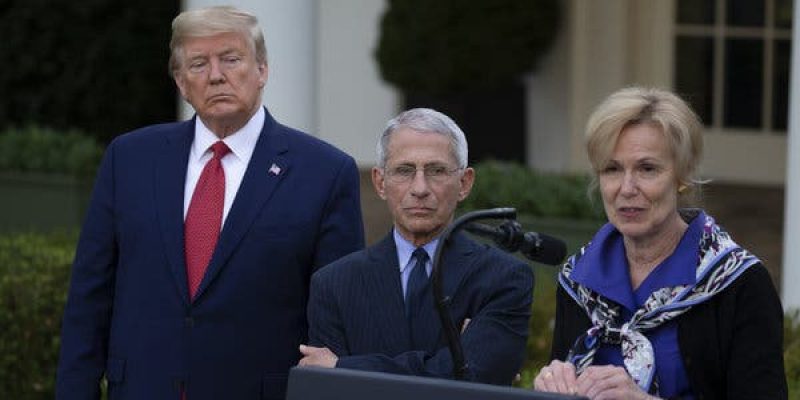 During a press briefing at the White House Rose Garden yesterday, President Trump announced that his coronavirus guidelines will be extended until the end of April.

U.S. states will likely follow suit by extending social distancing measures for another four weeks. Unfortunately, that also means that many Americans will continue to be out of work while isolating themselves in an effort to slow the spread of COVID-19.

President Trump appeared very eager to open up the U.S. economy prior to the announcement, even floating Easter Sunday on April 12 as a possible end date for some containment measures.

When asked at yesterday’s press conference about selectively opening certain states that are less affected by the coronavirus, the President declined saying he’d like to but his top medical adviser says that is a bad idea.

“We are marshalling the full power of the federal government and the private sector to protect the American people.”

As COVID-19 testing has become more widely available in the U.S., the mortality rate has dropped below 2% but confirmed cases have now surpassed 150,000. Sadly, more than 2,500 Americans have passed away from health complications related to the coronavirus.

While we should be grateful that the mortality rate of 1.8% is far from the doomsday scenario that some feared, let us also pray for the immense loss being felt by those who have lost family members.

Dr. Anthony Fauci, America’s top immunologist, who has advised six U.S. Presidents said at yesterday’s briefing that he believes the mitigation efforts being taken are making a difference and that the decision to extend them for 30 days was an “appropriate and prudent” decision.

Both of the White House’s top medical advisers cautioned over the weekend that cases in the United States could balloon to 1 or 2 million, a scenario that could mean over 100,000 deaths.

“We’re very worried about every city in the United States and the potential for this virus to get out of control and we really believe that Americans with the right information will stay home.”