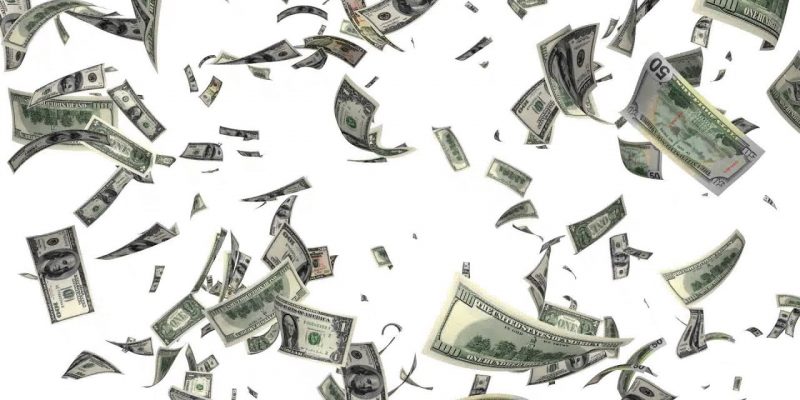 This is all happening while so many Americans sit at home and assume this whole pandemic thing really is just about their health.

The government cares so much for my well-being. Thank God for government.

And then there’s the truth, of course, a truth some members of that government are trying desperately to say.

Government assistance to restaurant owners is providing a new opportunity for workers to do what so many Americans did before the coronavirus pandemic.

In fact, more money than many Americans working in a salaried position make.

The new Paycheck Protection Program waives repayment of small business loans if the borrower uses 75 percent of the funds to maintain the payroll. This obviously was meant to decrease layoffs.

Why is this a bad thing? Well, because, Congress.

The divide especially hits restaurants, cafes, and other small shops, which are considered nonessential business—where the pay for those workers tends to be low.

An owner of several coffee shops in Minneapolis, Christian Ochsendorf, who received a PPP loan, said that he has been able to retrieve only 40 percent of his staffers to return.

“They’re getting paid more on unemployment than they would if they were actually working,” he said.

Ohio workers are experiencing a similar boost from unemployment benefits.

Some of these Ohio workers are receiving a whopping $963 a week on unemployment—which is more than the typical average weekly wage. Full-time restaurant workers in the state earn less than $500 on average.

“Heck, if they’re making more money sitting at home… I’m fearful that some may not want to come back,” restaurant and bar owner Adam Rammel of Ohio said.

Dental assistants, security guards, and travel agents appear to be in a similar situation, where sitting at home can earn them more money than working.

Surely there will be others.

PPP loans cover payroll expenses for eight weeks, a time frame that many small business owners consider too short if the pandemic hysteria continues. Some owners are hesitant in accepting  money at all, uncertain how they will repay the loan if  workers don’t come back.

The sweetness of unemployment benefits, in the meantime, has been extended 13 additional weeks. Even the $600 sweetener, guaranteed until July 31, will last weeks longer than a paycheck protection loan.

Many small business owners fear they will have to lay off workers again when the loans run out, which will only further the vicious financial cycle

“To take on a loan that has the potential to be forgiven, and then pay my staff to do nothing for eight weeks, and then furlough them in eight weeks, that doesn’t make a whole lot of sense,” said Andrew Volk, owner of Portland Hunt and Alpine Club, a cocktail bar in Portland, Maine. “It very much feels like we’re acting as the unemployment office.”

The situation in Maine is much like it is in Ohio, much like it is all over the country. Full-time food service workers there earn $553 on average—less than 60 percent of the average unemployment benefit.

A handful of federal lawmakers warned this would happen last month.

In a statement, Senators Tim Scott (R-South Carolina), Lindsey Graham (R-South Carolina), and Ben Sasse (R-Nebraska), said the $2 trillion coronavirus relief bill could provide a “strong incentive for employees to be laid off instead of going to work.”

“This isn’t an abstract, philosophical point—it’s an immediate, real-world problem,” they said. “If the federal government accidentally incentivizes layoffs, we risk life-threatening shortages in sectors where doctors, nurses, and pharmacists are trying to care for the sick, and where growers and grocers, truckers and cooks are trying to get food to families’ tables.”

That March 25 NBC article above condemned these Republicans for their stance.

Of course, so did many Democrats.

Added those who were wanting to address this growing problem of unemployment pay before the bill was passed: “We must sadly oppose the fast-tracking of this bill until this text is addressed, or the Department of Labor issues regulatory guidance that no American would earn more by not working than by working.”

They were of course ridiculed by their opponents in the name of generosity, and their amendment to change this failed.

*Edited: Here is a testimony from one such unemployed worker in Louisiana. She agreed with the above analysis, and also agreed to allow us to post her comment.

This is a great article and so true. I am thankful that I have received unemployment. However, I will be completely honest. I am making WAY more on unemployment and food stamps than I would be working. I have family and friends who are still working through all of this and are making less than I am sitting at home while they put their family at risk. It just isn’t right. If I were a greedy person, it would definitely benefit me and my girls more for me not to go back to work but if my job opens back up again any time soon, I will go back regardless of how much less money I will be making. I just wonder where all of this money that they are giving people is coming from and fear how the government will try and get this money back. I remember when I bought my first house not long after hurricane Rita how they gave us money to put toward it then took the money out of our income tax for the next few years to get that money back. Had I waited one more year to buy, then that loan would have been free as those who took it the next year didn’t have to pay it back.

A sincere thanks to this informed, concerned American citizen. Let us hope that all unemployed workers think as she does when businesses return to normal.