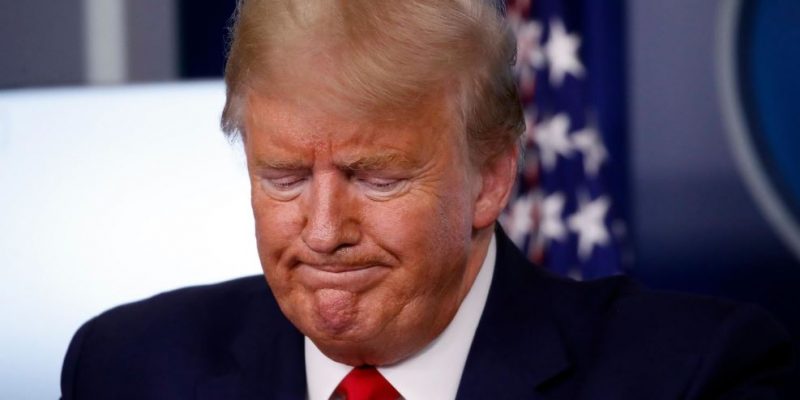 On Sunday, President Donald Trump recanted his desire to loosen social distancing guidelines in less hard hit areas of the country by April 12, extending the federal guidelines to April 30.

The significance of April 12?

It is Easter day, when so many Americans celebrate the Resurrection of Christ.

This, of course, is no longer the case.

“I want every American to be prepared for the hard days that lie ahead,” Trump said on Tuesday, also indirectly referencing Easter by saying that our nation will soon see a “light at the end of the tunnel.”

The President urged citizens to batten down the hatches for the next few weeks, saying that estimates and projections put the death toll at at least six figures.

Administration officials said that without the restrictions implemented three weeks ago, it is likely that the death toll would have been much higher—in the millions.

Still, Trump was candid and straightforward with his words on Tuesday.

“This is going to be one of the roughest two or three weeks we’ve ever had in our country,” he said at the White House. “Our country is in the midst of a great national trial.”

For that 3,600 to explode into six figures would certainly illustrate the President’s forecast of a “very painful, very, very painful two weeks.”

Deborah Birx, the White House coronavirus response coordinator, and Anthony Fauci, director of the National Institute of Allergy and Infectious Diseases, are both hopeful that mortality numbers can still be reduced.

“We really believe and we hope every day that we can do a lot better than that,” Birx said of the projections.

“As a nation, we face a difficult few weeks as we approach that really important day when we’re going to see things get better,” he said, now marking June 1 as a new benchmark for hope and recovery. “Our strength will be tested, and our endurance will be tried. This is the time for all Americans to come together and do our part.”

By comparison, approximately 675,000 Americans died from the 1918 influenza pandemic. For contextual purposes, it is important to remember that 1918 was also the year that signaled the end of World War 1, a crisis in itself from which the United States emerged as a national power.

We as Americans all know what it means to “do our part” in relation to social distancing, as the President says.

But there’s more. We can also look to the great trials in our nation’s history, like the one in 1918, as a beacon of hope in this dark time. We all are suffering, we are all experiencing a crucifixion of sorts, but the resurrection of Easter does not have to be relegated to a single day. Hope is already here. Pray, fast, obey—and we will rise again.