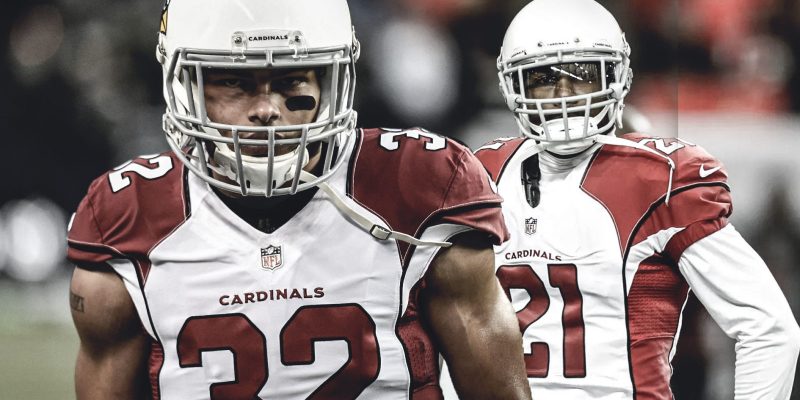 Former LSU football All-Americans Tyrann Mathieu and Patrick Peterson have been named to the NFL All-Decade Team for the 2010s, the NFL and Pro Football Hall of Fame announced on Monday.

The two were among 52 players, along with two head coaches, named to the team.

Peterson is considered to have begun the tradition of wearing the No. 7 at LSU. After he departed, he passed the number on to Mathieu, who would take the magic to another level in 2011 when he was invited to New York as a Heisman finalist.

Peterson claimed the Bednarik and Thorpe Awards for LSU in 2010, while Mathieu took home the Bednarik in 2011.

He made an immediate splash in the league as a rookie by returning four punts for touchdowns.

Mathieu, who has turned his life around since his ignominious departure from LSU, was instrumental in Kansas City’s Super Bowl LV title in February. With stops in Arizona, Houston, and Kansas City, he has three times been named first team All-Pro (2013, 2015, 2019) and has made one Pro Bowl appearance (2015).

He was a surprise third round pick of the Cardinals in 2013, incidentally, with a big assist from none other than Peterson. The elder statesman helped convince the Cardinal organization to take a chance on the troubled college star.

“The guy is ready to play football,” said Peterson after the 2013 draft. “He made a mistake, was in an unstable position where he got caught with the marijuana. But he understands the importance of being accountable and being a role model, so that stuff is behind him.”

It seems like eons ago now, but there was a very real question back then on whether Mathieu could stay clean. Arizona reportedly included a clause in his contract taking measures for him to do exactly that.

Said then-head coach Bruce Arians: “He impressed me so much in my office one on one, knowing at this point in time what he needs to do in his life. I was really taken aback a little bit. He knows what his problems are, but he also knows that someone will give him a chance, that he knows what he needs to make sure he succeeds.”

Mathieu grabbed that chance given to him unlike any other star athlete I’ve ever seen. He has succeeded in not only staying in the league, but also being one of the dominant forces in it.

He even remembered the man and former teammate who once took a chance on him.

“Somebody tell Pat P his lil bro did it again,” Mathieu said on Twitter. “I love you boy, I know you still believe in me. That carry me.”

They don’t play for the same team anymore, and neither wears the infamous No. 7. But it doesn’t mean they won’t always be connected, both for their time at LSU and in Arizona.

And now they can add the prestige of the All-Decade Team to that list.