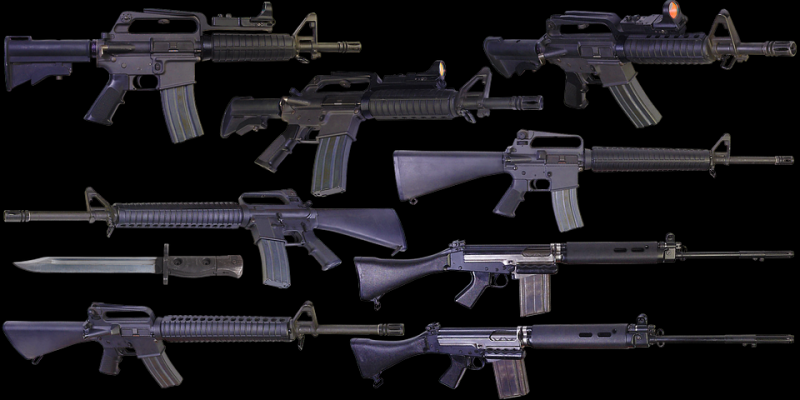 A sportsman’s paradise is rapidly becoming a firearms dystopia on top of economic worries not experienced in generations.

Prime Minister Justin Trudeau shocked his fellow Canadians on Friday by announcing an authoritarian ban on around 1,500 styles of rifles deemed to be “assault weapons.”

“Today, we are closing the market for military-grade assault weapons in Canada. We are banning 1,500 models and variants of these firearms by way of regulations,” Trudeau said in his announcement. “These weapons were designed for one purpose and one purpose only: to kill the largest number of people in the shortest amount of time. There is no use and no place for such weapons in Canada.”

Firearms with a bore 20mm or greater (essentially grenade launchers) and “firearms capable of discharging a projectile with a muzzle energy greater than 10,000 Joules” (as many varieties of sniper rifles are capable of producing) are included in the ban.

Current owners of the named firearms will have a two-year grace period to enter into compliance with the order. A buyback program is in the works, Trudeau indicated, as well as a grandfathering clause that does not allow exempted guns to be discharged.

Trudeau’s order comes on the heels of a series of shootings in Nova Scotia. During the shootings, a single suspect used two semi-automatic rifles and an array of semi-auto handguns to take the lives of 22 people. Though being labeled by the press as a singular mass shooting, the killings took place over April 18 and 19 in numerous locations.

Firearms in Canada are already strictly licensed and regulated. They are subdivided into three categories: non-restricted, restricted, and prohibited. The order reclassifies the named semi-automatic rifles as prohibited.

The shooting suspect, according to the Royal Canadian Mounted Police, did not have a nationally required firearms license and maintained several prohibited weapons, including a few allegedly smuggled from the U.S.

Despite the hurdles between gun owners and firearms, Canadians are a well-armed people — owning an estimated 35 guns per 100 people, according to Small Arms Survey’s 2018 estimate. By contrast, the U.S. figure is 120 firearms per 100 people, but the previous figure still places Canada in the top tier of per capita firearm ownership. The government estimates there are 100,000 prohibited firearms in the country of 38 million.

Conservative Toronto Sun commentator Brian Lilley noted there are roughly 83,000 now-banned AR-15s in Canada, and none have been used in a violent attack.

Trudeau, Lilley said, framed his order as a public safety decree, but the Prime Minister’s Cabinet’s reasoning is suspect.

“The problem is not the rifles Trudeau is going to ban — this is theater to try and make you think that something has been done to make you feel as if the government is acting and yet their actions will have no impact at all,” Lilley said.

He estimated the final cost of the gun control initiatives, including the buyback and increased border anti-gun-smuggling efforts, could surpass the $1 billion mark.

Trudeau said gun control legislation has been in the works on Parliament Hill for months before conronavirus/COVID-19 fears led to the closure of the Parliament building complex.

Also in development in Canada is a red flag law regimen to preclude or take away firearms licenses from anyone suspected of being dangerous to others or suicidal.

By itself, a draconian “assault weapon” ban may have been roundly criticized and turned into a major re-election issue. But now it has the camouflage of coronavirus prevention measures and various Parliament gun control proposals to make it seem like it’s not such a unilateral power-grab.

On top of expectations of stricter gun laws, Canada saw a spike in gun sales. A run on gun stores and sporting goods outlets started in March — just as coronavirus began to spread. The pre-COVID-19 economic boost had to have been a godsend to small firearms-oriented businesses; as will be boost on the other end, as coronavirus restrictions are gradually lifted.

As for the cost to government (on top of the billion in spending Lilley noted), outdoor sporting injects about $13.2 billion into Canadian coffers annually and supports roughly 107,000 jobs.

Even a small wound to the economy is not welcome news as the nation begins to take tolls of its coronavirus losses.

Strategic timing on Trudeau’s part, yes, but he could not have picked a worse time economically.