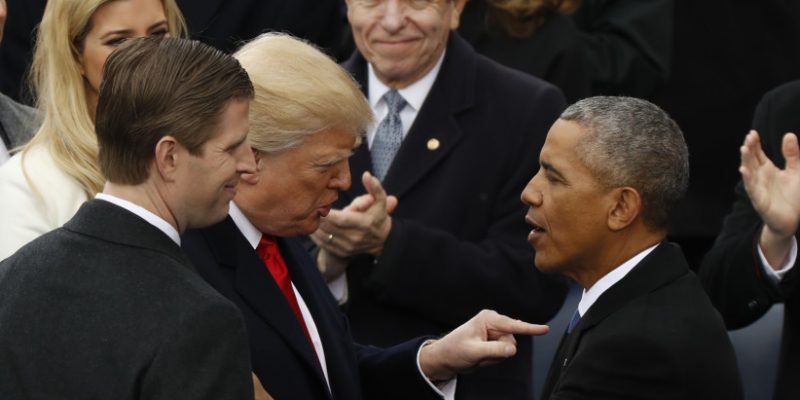 There seems to be a lot of drama unfolding behind the scenes following Lt. Gen. Michael Flynn’s exoneration as President Trump rebrands SpyGate as “ObamaGate.”

The President set the internet on fire over the past 24 hours by simply tweeting, “OBAMAGATE!” before  proceeding to use the term in two more social media posts.

The hashtag “#ObamaGate” is now the number one trending political topic with millions of Twitter users sounding off on the 44th President’s involvement in spying on Donald Trump and his FBI’s framing of Lt. Gen. Michael Flynn. Flynn’s attorney Sidney Powell has claimed that President Obama was directly involved.

President Trump used “ObamaGate” in another tweet, reposting an image that dubbed President Obama as “the first President to speak against his successor” writing, “He got caught, OBAMAGATE!”

“45” used the term once more in response to a post claiming that Obama told the FBI to withhold certain information from him writing, “Because it was OBAMAGATE, and he and Sleepy Joe led the charge. The most corrupt administration in U.S. history!”

Twitter is being accused of censoring the popular hashtag because the number of tweets using it appeared to fluctuate and the social media site appears to be promoting the Democrats’ counter-tag of “#TrumpGate.”

Supporters of President Trump are fired up over the spying scandal and apparent FBI corruption with many speculating on the timeliness of potential arrests of those involved which would be handled though Attorney General Bill Barr’s Special Prosecutor John Durham.

The cyber-fight unfolds after more than 2,000 former Department of Justice officials signed their names to an open letter to Attorney General Bill Barr calling for his resignation, a stunt that they also pulled when Trump associate Roger Stone was exonerated last month.

U.S. Senator Rand Paul (R-KY) had one of the best takes on that development tweeting, “Oh look, the [email protected] Deep State just signed their names to a public letter…”

Trump was able to capture this sentiment in the following retweet that went viral: