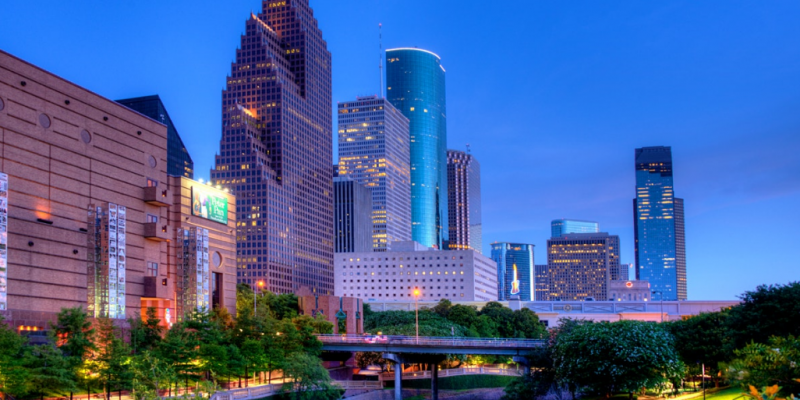 Despite 631,000 Texas residents receiving federal rental assistance, and the unemployed receiving an additional $600 a week in federal assistance, eviction proceedings have begun in Harris County for nearly $29 million worth of unpaid rent.

Eviction proceedings in the state’s largest county, and third-largest county in the nation, began in June after a temporary halt issued by the Texas Supreme Court was recently lifted.

The state’s economic downturn caused by Gov. Greg Abbott’s executive orders to help slow the spread of COVID-19, coupled with historic oil and gas losses resulting from the Russian-Saudi oil war, led to a record 3.4 million jobless claims filed in the state since March 14.

According to the Texas Workforce Commission, the state has paid $14.4 billion in total unemployment insurance benefits since March 14.

Texas ranked third highest among states whose residents have received federal rental assistance, according to a <Center on Budget and Policy Priorities analysis.

Despite the billions of dollars pouring into the state, Houston’s residents and businesses are faring poorly, new reports indicate.

In June, Harris County began reviewing 19,728 eviction cases claiming $28.8 million in unpaid rent have been filed since the state’s shutdown, according to an analysis by the data science consulting firm January Advisors.

January Advisors reports that Houston-area neighborhoods with the most evictions filed to date this year include Spring/Southwest (802); Greenspoint (728); Eldridge/West Oaks (604); Alief (525) and Pasadena (479).

“The issue of evictions does not exist in a vacuum. Evictions have a cascade effect that extends beyond the housing system, affecting the health and future of our community,” Bill Fulton, director of the Kinder Institute, said in a news release.

A report published by Rice University’s Kinder Institute for Urban Research suggests that Houston already was facing a massive affordable housing shortage before COVID-19 hit the region. It analyzed U.S. Census Bureau data from 2010 through 2018, which shows how rising rental and home prices led to a “disappearance” of affordable housing in Houston and Harris County.

In an effort to address Houston’s already-struggling housing crisis and help renters facing evictions, Harris County launched a Housing Stability Task Force led by State Rep. Armando Walle. Other resources have been made available by public and private partnerships since mid-March.

In addition to housing and unemployment, Houston’s hotel market may not recover until 2024, the commercial real estate firm CBRE suggests. CBRE says that Houston, as a unique oil and gas industry hub, will take longer to recover financially than other major Texas markets because of “complications in energy-related industries.”

“Hotels oriented toward group meetings will likely lag in recovery as meeting attendees get re-acclimated to being close to large numbers of people,” Jeff Binford, managing director with CBRE Hotels Advisory, told the Houston Chronicle.

Binford predicts that annual occupancy rates for Houston hotels will fall to 41 percent in 2020, and won’t come anywhere near 2019’s occupancy rate of 63 percent until 2024. Average daily rates are expected to stay below pre-COVID-19 levels until 2024 because of competition stemming from short-term rentals offered on VRBO, Airbnb and other sites. Revenue-per-available room will take at least four years to recover, he anticipates.

Bram Gallagher, senior economist with CBRE Hotels Research, told the Chronicle that the hotel sector’s financial duress this year was “much deeper than anything we’ve seen in the past 80 years.”