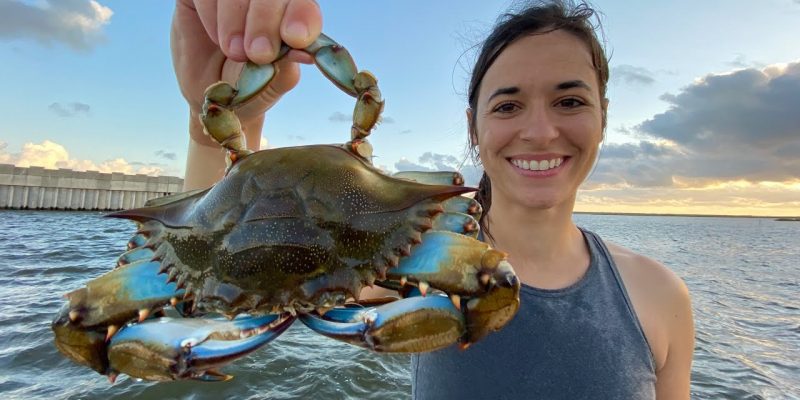 Blue crabs are ever-present along our coast and in our marshes, but in the wintertime, they get as lethargic as an Antifa member at his minimum-wage job. Low water temperatures mess with the brains of the cold-blooded creatures, causing them to feel constant slumber is far more important than actually eating.

That changes with the rising sun angle of spring. As waters warm, the same crabs that thought food wasn’t worth the chewing suddenly can’t get enough of it, and they move with the currents throughout the ecosystem devouring anything too slow — or dead — to make a retreat.

That tendency only intensifies in the summer, making this the most productive season to target blue crabs. For all my life, it’s been a rite of the season, and one I cherish.

My daughter, Taylor, has been crabbing with me since before she was able to even pull in the nets. Now a full-time teacher and more than full-time mother, she isn’t able to go with me as much as she once did, but a break in her schedule gave us a window on Memorial Day.

We got up super early, launched out of Chef Pass, and quickly made our way in the pre-dawn hours to a deep channel that the crabs often use as an early morning corridor.

A strong falling tide upped my confidence, but screaming southeast winds had a me a little concerned about our net-retrieval routine. Not only that, but I knew every owner of a boat in Southeast Louisiana would be on the water that day, and some would be looking to crab in the exact spot we were (some idiot keeps showing the area on YouTube).

Fortunately, however, we had the place to ourselves for the first hour, and by that point, we were already halfway to our target of 100 crabs. About 90 minutes after we arrived, another boat moved in, recognized me, said he learned to crab from watching my videos, and then promptly put his nets within 4 feet of mine. On one of our runs, we sidled up to a net to discover it was only a cork. The other crabber had accidentally run over the net and cut the rope with his prop.

Such are the pitfalls of being on the water on Memorial Day.

No worries, though. We reached our target before 8:30, and headed back home to snag a nap and eat the best food available anywhere in the country.

Check out the video to see all the action.

Interested in more news from Louisiana? We've got you covered! See More Louisiana News
Previous Article Tort Reform Is Sent To JBE’s Desk, But With Cracks In The Firmament
Next Article One of the most bizarre race-shaming videos you might ever watch [video]