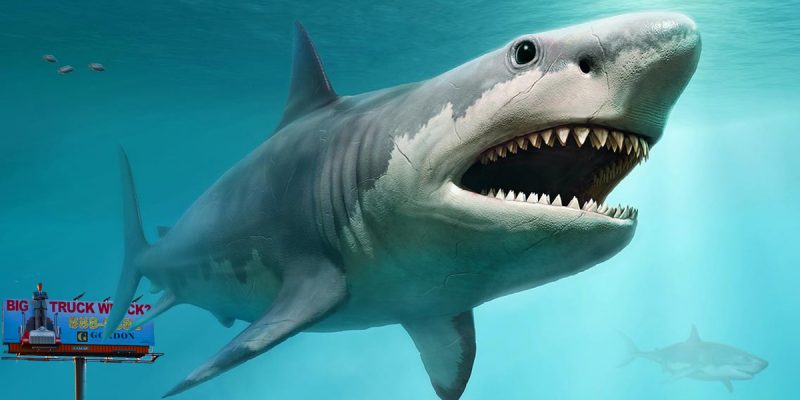 As the Louisiana legislature closed down its virus-interrupted 2020 Regular Session and then shortly kicked off a special session which will occupy the month of June, a major achievement was secured. Sen. Kirk Talbot’s SB 418, the Omnibus Premium Reduction Act of 2020, passed both houses just before the end of the regular session yesterday evening and is now on Gov. John Bel Edwards’ desk awaiting his signature or veto.

The bill represents a major step forward in the effort to do something about Louisiana’s sky-high auto insurance rates, which are the second-highest in the nation and least affordable in America when measured against the state’s median income. Lots of reasons are given to explain those rates, but only one truly tells the tale – in Louisiana there are more personal injury lawsuits arising out of car accidents than anywhere else in America, meaning that insurance companies have to spend more money here defending their policyholders against lawsuits and more money paying off settlements, than anywhere else.

The costs of those lawsuits and settlements are not borne by the insurance companies. They’re passed along to the consumer in the form of insurance rates. That’s how that industry works.

It turns out that on a number of key items, Louisiana’s rules on how to handle tort lawsuits are major outliers compared to the rest of the country. SB 418 seeks to chisel down those jagged outcroppings in Louisiana law and make the state more like its neighbors. In doing so it’s expected that the market will respond by lowering insurance rates.

The theory, which is very reasonable, is that several major insurance carriers who write policies all over the country but not in Louisiana will take a fresh look at the state if our rules are more in line with other states. The most obvious, and cruelly ironic, of those carriers would be Nationwide Insurance, whose name would imply almost a duty to write policies here but refuses to do so citing the deficiency of our legal system (Peyton Manning, a New Orleans native, is their national spokesman, for crying out loud, and they won’t do business in his home state). And if there is new competition in the market you would expect that to drive rates downward over time.

That’s the promise of SB 418, and it’s the reason why huge majorities in both houses voted in favor of the bill. Those majorities were possible because in last year’s legislative elections the voters gave a very strong statement in favor of tort reform. It was the single most prominent issue in those elections, and in virtually every contested open seat the candidates who expressed support for tort reform won over the candidates who sided with the trial lawyers and opponents of it. Things went so badly for the trial lawyers that two of them, Ryan Gatti and John Milkovich, were drummed out of office as incumbents specifically because of their opposition to last year’s version of SB 418.

But it wasn’t a total loss for the opponents of tort reform, because the state’s most prominent opponent is John Bel Edwards. And by a slim 40,000-vote margin he managed to hold off Eddie Rispone and achieved re-election.

Edwards’ presence, and his promise to veto any significant tort reform measure, makes turning a tort reform bill into law a daunting prospect. You’ve got to either find a way to pass a reform package which both does something meaningful and induces him to sign it, or you have to summon a veto-proof majority for the bill such that you can override him.

And that’s where the cracks in the foundation began to appear.

Over the weekend, Talbot began negotiations with Edwards in an effort to find a way for him to sign the bill. Were John Bel Edwards a man of honor and had he any respect for Louisiana’s voters who spoke so clearly in last year’s elections on the subject of tort reform, he would have negotiated in good faith with Talbot and offered conditions by which he might sign the bill.

Here we’ll make a quick digression and return to one of our axioms of politics, and specifically legislative politics, which proves itself time and again. Namely, that Republican politicians are typically drawn from the business community, and people in business negotiate deals all the time. In business, when you negotiate a deal, you’re always looking for a win-win outcome. The old poker maxim goes that “you can shear a sheep a thousand times but skin him only once,” and so taking egregious advantage of your counterpart doesn’t work as well over the long haul as forming a mutually beneficial relationship from which you can build and grow your business.

So Republican politicians are always looking for a win-win, and they’re looking for ways to cooperate.

Democrats get their politicians from trial lawyers, from union people, from community organizers and other such walks of life. And to the extent they negotiate, what they negotiate aren’t win-win outcomes. Most of the time these people aren’t selling or buying products or services; their negotiations revolve around how much of somebody else’s money they’ll agree to take. If you’re a plaintiff lawyer it’s how much the defendant will cough up to make you go away. If you’re a union rep, it’s how much of ownership’s money you’ll take to choose not to strike. If you’re a race hustler or community organizer, it’s how much swag you’ll take not to riot or call somebody a racist, and so on.

Those are win-lose negotiations. They’re not about shearing the sheep, they’re about skinning him.

As we understand it, Talbot fell into that trap. He kept offering inducements to get Edwards to sign, and he kept getting noncommittal, bad faith answers.

Finally, Talbot presented the conference report to both houses yesterday. It got 28 votes in the Senate, which is enough to override a veto. But in the House the vote total fell from 72 votes to 66, four under the number needed to override the veto.

Only one House member switched from a “yes” on the version of the bill which originally cleared the House floor to a “no” on the conference report. That was Rep. Joe Stagni, a Republican from Kenner. Five others went from “yes” to “absent” – Republicans Alan Seabaugh of Shreveport and Blake Miguez of Erath, and Democrats Melinda White (Bogalusa), Jeremy LaCombe (Livonia) and Chad Brown (Plaquemine). Another Republican, Valerie Hodges, who represents parts of Livingston and East Baton Rouge Parishes, was absent for both votes but is thought to favor the bill.

At this point it isn’t known why the three Democrats weren’t on board for the final vote. We’re given to understand that Seabaugh and Miguez refused to vote for it because of Talbot’s late changes. There is specifically a provision inserted into the bill which is especially problematic.

To grossly oversimplify this, because otherwise it will drag our readers deep into the weeds, there is a provision of tort law in some states which holds that because some medical bills are discounted due to health insurance there’s a reimbursement of premiums factored in. For example, let’s say you’re covered by Blue Cross and you get rear-ended, and now you’ve got to have back surgery. And let’s say the sticker price on that surgery is $50,000, but because you’re with Blue Cross that surgery only actually costs $20,000 thanks to a deal the hospital has with the insurer. As you sue the insurance company of the guy who hit you, under SB 418’s former version you’d be able to collect the $20,000 because that makes you whole.

But Talbot, in an effort to find some agreement with Edwards, threw in an amendment to the SB 418 conference report which would allow for 18 months’ worth of health insurance premiums to be recoverable. So if in the situation above, you’re paying $1,000 per month in health insurance premiums you’d be able to recover $18,000 on top of the $20,000 for your back surgery.

This greatly waters down the bill, and in the event Edwards does sign it you can absolutely bet there will be a bill brought in this June session to clean up that amendment. Insurance companies aren’t going to lower rates as they might so long as that provision is in there.

And if Edwards vetoes it, Talbot might have lost Seabaugh, Miguez and Stagni – without whom he can’t override the veto.

Obviously, the right move here is to rush a fix through this special session and override Edwards’ veto. Or, if he signs it, to rush through the fix anyway.

Because otherwise, if he vetoes the bill and the House can’t find 70 votes for an override, you’re starting over with a new version of SB 418 in the special session and you’ll go through the whole process again. Which isn’t the end of the world, obviously; what it will entail is learning some lessons from the process which just took place.

But in any event, the most important of those lessons is absolutely crucial and must be understood by every Republican in that legislature. Namely, don’t try to negotiate a compromise with John Bel Edwards. He’s a shark. You don’t negotiate with sharks, you shoot them with your spear-gun or else you stay out of the water altogether.

Meaning that you legislate when you have a veto-proof majority in both houses. Period. Edwards is a die-hard supporter of Louisiana’s status quo and will defend it to the death against any meaningful effort at reform. He has to be beaten, not compromised with. If you have something which can get 70 votes in the House and 26 in the Senate, you send it to his desk and dare him to veto it. If you don’t, go ahead and pass it and let him decide whether he can afford to go against the will of the people as expressed by their legislators. But the last thing you should do at this point is to dangle bait in front of him trying to lure him into making a deal; he’ll take your arm off.

Whatever direction this goes from here, let’s hope that lesson got learned. We’ve come too far on tort reform not to finish the job for the people of Louisiana.

Interested in more news from Louisiana? We've got you covered! See More Louisiana News
Previous Article Miraculously, People Are Waking Up to the Real Enemy, and We May Have COVID to Thank for That
Next Article MARSH MAN MASSON: Hitting The Crab Jackpot!