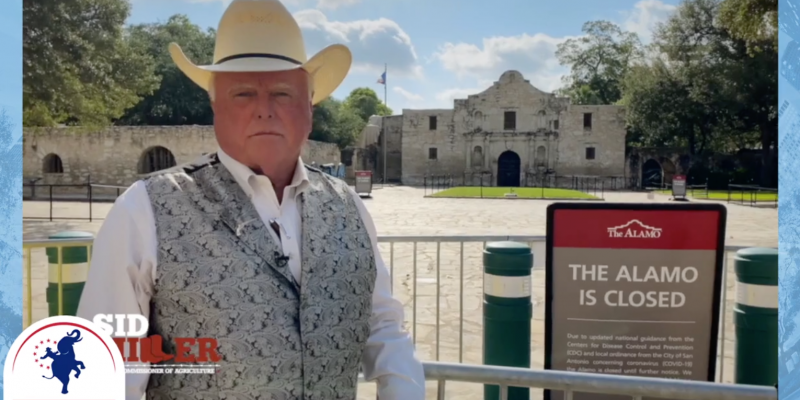 After Houston authorities vacillated on their positions and then pulled strings at the last minute to shut down an in-person convention at the George R. Brown Convention Center, the Texas Supreme Court ruled one judge short of unanimous on Monday that Houston had the authority to close it due to COVID-19 concerns.

“Plan B,” unthinkable in the weeks preceding, was quickly hobbled together to allow for an online convention, which so far as only gaveled in for ceremonial purposes — and a little Texas trivia on the small screen.

As delegates waited for RPT staff to iron out the wrinkles with the credentialing process (which resulted in a State Republican Executive Committee meeting that lasted until 1 a.m. Friday), videos by high-ranking elected officials and sponsors filled some of that time. The videos were watched by delegates gathering at home or in county or Senate District-based events to watch the videos and/or borrow the house WiFi when it comes time to vote (update: business is now scheduled to begin at 8 a.m. Saturday).

It was previously decided that in-person speeches would be replaced by prepared videos even during an in-person convention in order to expedite the flow of the agenda. With that, many of the videos were high quality and ready for the online gathering.

One of the highlights was a video provided by Texas Agriculture Commissioner Sid Miller‘s campaign, chock-full of Texana including several shots of the Alamo. One of Miller’s shots was in front of the “The Alamo is Closed” sign in front of the shrine to Texas liberty. Watch it here.

“The leftist news media” derided by the video took notice of the narrator’s mention of “an invisible virus” and protesting “anarchists” contributing to a political climate of fear and intimidation seeking to up-end “The last best place on the face of the earth.”

(No, the virus isn’t invisible under a microscope, but Miller’s video resonated.)

Miller compared AR-15 wielding protesters defending the Alamo cenotaph to patriots who are defending against “an overwhelming force … violent thugs intent on its destruction.” (presumably, Black Lives Matters-inspired radical left protesters, not Alamo preservationists and rennovationists who seek to move the cenotaph).

Another highlight was a video from Gov. Greg Abbott that, rather than take the high ground on recent COVID-19 responses, struck a relatively rare apologetic tone.

The statewide mask mandate, Abbott said, was “the last thing I wanted to do.”

“Many of you say my orders are unconstitutional. But remember: I was the attorney general who fought for you … I will never abandon the Constitution and I haven’t here,” he said, invoking his prior public service as the Attorney General of Texas.

See all the videos here (scroll forward about an hour to get there):

“This was not the kickoff I was expecting for the Convention for which we have been working for and planning on for 3 years even with the move online,” Dickey said. “… Thank you for your commitment to our Party, for your service and for your desire like mine to win this November.”

From the hip: Dickey previously promoted an in-person convention as a “dry run” before Donald Trump‘s nomination in August in Jacksonville, Fla. We can expect a more conservative city leadership there, coupled with a conservative Governor, will make for friendlier turf than Houston or Charlotte. But in the event the powers-that-be pull the right levers and successfully terminate the in-person nomination of the president for another four years (sans any intervention by Trump), the lessons learned by RPT this week may prove invaluable in formulating an online contingency plan for the RNC. In short: this effort, though frustrating, is not in vain.