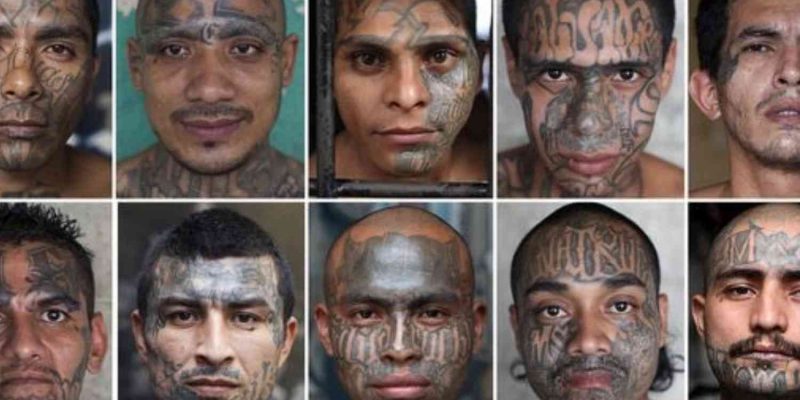 President Trump and U.S. officials with the Department of Justice, including Attorney General Bill Barr, held a press conference Wednesday in the Oval Office announcing the arrests of dozens of high-level members of the gang known as “MS-13.”

General Barr revealed “Project Vulcan” as a sting operation which was launched as part of President Trump’s directive to “destroy MS-13” which Barr labeled “a death cult.”

Indictments unsealed Wednesday include chargers of kidnapping and murder.

“We’ve just concluded a historic operation leading to the arrest and indictment of dozens of savage MS-13 members and leaders all across the country,” President Trump declared. The president said the criminal organization is a “vile and evil gang of people.”

The president and attorney general announced the historic indictment of one or more gang members on “terrorism” charges and announced they will be seeking the death penalty on one of the gang’s leaders.

The president also reported that, during his first term, Immigration and Customs Enforcement (ICE)  has deported over 16,000 gang members and arrested over 2,000 members of MS-13.”

In a statement released by the Department of Justice, General Barr said Joint Task Force Vulcan was created in 2019 with the goal of “disrupting, dismantling, and ultimately, destroying MS-13.” He also thanked Attorney General Raul Melara of El Salvado for his help.

The news comes as the Trump campaign continues to hone in on a perceived weakness on the issue of domestic security of democratic presidential nominee Joe Biden. Just before the announcement the president tweeted the following:

“Joe Biden and the Radical Left want to Abolish Police, Abolish ICE, Abolish Bail, Abolish Suburbs, Abolish the 2nd Amendment – and Abolish the American Way of Life. No one will be SAFE in Joe Biden’s America!”

That same day, President Trump also ecstatically accepted the endorsement of the National Association of Police Organizations, Inc. (NAPO) and their when he tweeted the following:

“THANK YOU @NAPOpolice and their 241,000 brave law enforcement members for a FULL & COMPLETE ENDORSEMENT! I will ALWAYS back the men and women in blue, and never let you down. LAW AND ORDER will prevail! #LESM”