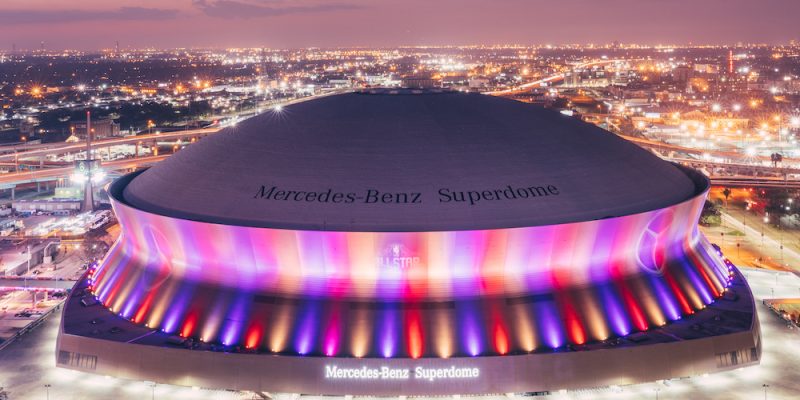 Professional football is scheduled to kickoff in New Orleans this weekend, but the discrepancy between the city’s mayor and the governor add an ironic twist. The residents and businesses of New Orleans have lived with excessive and invasive government overreach since March. Since late May, athletes including numerous Saints players, have made statements regarding alleged social injustices. The two scenarios are colliding.

Governor John Bel Edwards announced Thursday the state will shift from Phase 2 to Phase 3 of the pandemic. Shortly afterwards, New Orleans Mayor LaToya Cantrell announced that her city would remain in Phase 2 which involves stricter restrictions on restaurants and bars, extending the strain on businesses in a struggling industry. This was all inflicted by Democrat elected officials as Edwards and Cantrell have steered the regulations on the pandemic response.

The interesting and extremely topical nugget from this is tied to football. High school football teams were granted permission, on Wednesday, from the state LHSAA to make contact at practices.

The NFL’s New Orleans Saints have a home game Sunday. With Cantrell’s opposition to enter Phase 3, the Saints should not be allowed to play in New Orleans because Phase 2 prohibits contact sports. Technically, under the city’s no contact rule football cannot be played in New Orleans. But rules would have to apply evenly for a fair playing field from youth athletics up to the pampered NFL elites.

And this is fitting. Pro athletes should abide the same rules and regulations as the bars, restaurants, and other businesses suffering in the pandemic. If the Saints players truly cared about the city of New Orleans, they would boycott their own game because of the inequalities between segments of Americans. If the Saints were allowed to play, it would vindicate the idea that professional athletes have a special “privilege” over the common folk who live paycheck to paycheck, and now unemployment check to unemployment check.

With a special “workplace exemption” privilege, it seems the self-righteous Saints will play. At the same time Cantrell wants to explore a way to cut off unemployment benefits of people socializing on Bourbon Street. That means the general public has potential for government punishment while those with celebrity privilege will be granted special treatment. She’s actually seeking ways to punish people for being in the city.  One group should not be allowed preferential treatment over others, and anyone striving for social equality in America should recognize it.

Whether driving in Metairie or New Orleans, the pandemic’s economic impact is visible in closed businesses. The American public has been taking financial hits since March, but the elites or modern nobles such as politicians and the athletes get paid in full, no interruptions or impacts to their income.

The amateur high school athletes cannot play football in New Orleans under Phase 2. If the Saints players and organization had any integrity, especially outspoken people like Drew Brees and Malcolm Jenkins, they would boycott their football game on Sunday because the rest of the city is being systematically oppressed.