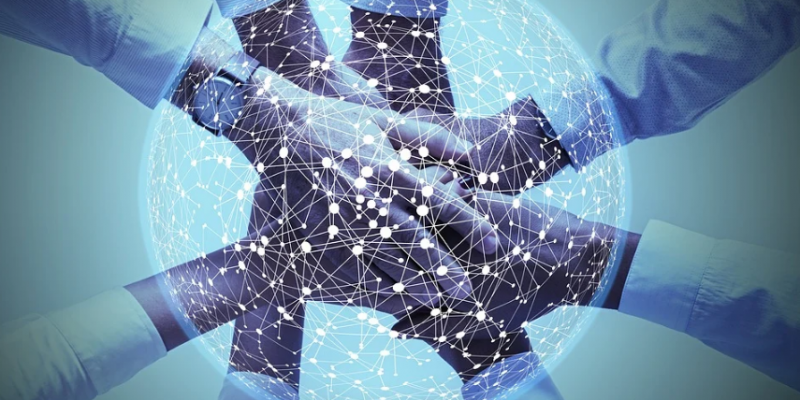 From fact-checking to an outright ban on political advertising through the election, being a conservative on social media has not been easy, lately.

It has become a particular hassle on Facebook, where conservative pages (including The Hayride‘s) have seen significant drops in clicks and overall engagement. Our News Feeds are becoming repetitive showcases of only posts the social media giant’s notorious algorithm determines to be “relevant.” Accusations of “shadow banning” continue to grow as a result, though it is established fact that the social network is busy policing anyone from your house to the White House including ads in favor of President Donald Trump.

The good news for we little people is that they’re quickly realizing how much trouble this can be and are resorting more and more to automated bans on certain content rather than individually policing suspicious or reported posts. Regardless of Facebook’s true intentions, as the platform becomes increasingly complex there are ways for users to get around Mark Zuckerberg‘s nanny-like behavior and take control of content again.

Below are five ways you can immediately begin to make Facebook great again (despite their best attempts to ruin it). Please note that suggestions may vary per app and device used. 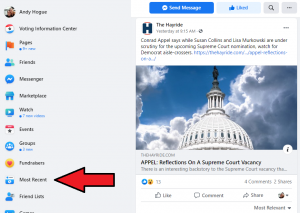 1. ACTIVATE ‘MOST RECENT POSTS.’ Beat the algorithm by seeing posts as they appear rather than the ones Facebook chooses for you. This used to be much easier to do, but now it requires a little bit of skill. On the mobile app, tap the hamburger on the bottom right (three horizontal lines) and scroll down past everything until you get to “See More.” Tap that and look for “Most Recent.” Then you’re back in business. But you’ll have to keep doing this each time. Fortunately, the Most Recent option will rise to the top the more you use it. If you’re on a laptop or computer (e.g. the “full” version of Facebook), follow the steps here courtesy of the helpful folks at Lifehacker.

2. ‘FAVORITE’ YOUR FRIENDS AND PAGES. Whether or not Facebook is suppressing or shadow-banning pages and accounts with conservative content, you still have the power to edit your Follow Settings and add “favorites” that will alert you each time they post. For pages: On a computer or laptop, once you have liked a page (e.g. Facebook.com/TheHayride) click on the button with the three dots on the far left next to the magnifying glass. From there, you can scroll down to “Follow Settings” and select that page as a Favorite. On phones and mobile devices it’s a little different: Click the three dots on the right-hand side (next to the Messenger icon on most apps) and click on “Following.” This will open up the Follow Settings. Click on “Default” and then select “Favorites.” For friends: On a computer or laptop, go to a friend’s profile and click the friend icon with a checkmark. On the pull-down menu, select “See First” (with a star). On a phone or mobile device app, click on the three dots near the phone icon and select “Following.” From there, select “See First.”

3. GET AROUND ‘FACT CHECKERS.’ Ever post an article only to see a notice later that it was rated “false” by Facebook’s fact-checkers? While there is no way to deactivate this feature, if you feel one of your shared articles is being unfairly suppressed, there is a way to get around it: Post a screenshot and a redirected link! Tap the “Prt Scn” button on your keyboard or screen capture on your phone or tablet to take a snapshot of the article’s headline and image, then crop it. Paste the image to a post like you would sharing a photo. To link it to the original article, try a link shortening service such as TinyURL.com or Bit.ly and include that in the text (make sure the preview article does not erase the image). Please exercise discretion regarding copyrighted content.

4. ENGAGE THE LEFT. It’s easy to create our own echo chambers in social media and contribute to “tribalism.” On Facebook the pages and profiles you interact with the most often are prioritized in alerts and in the algorithm — and vice-versa. The vice-versa dynamic is important here because we want people on the left (and their friends) to read convincing, conservative arguments. Dialogue is how we win hearts and minds, and especially any swing voters paying attention. Find a few liberals you like arguing with and post the occasional comment.

5. TAKE BACK MESSENGER. Remember when your Facebook Messenger inbox didn’t look like your Hotmail spam folder circa 1998? There’s some good news and some bad news on this front. First, the good news: FB has limited the amount of forwarded messages one can send to five people or groups. Now the bad news: They think it’s to keep us “safe” from Wuhan Virus and to control “harmful” information re: the presidential election (no, seriously). If mass forwarding returns after the election or you’re on someone’s top five list of people to send forwarded junk mail to, simply Mute the serial sender (you can always check later to see if you missed anything important).

HONORABLE MENTIONS: Post often (this increases your chance of being read), buy an ad (money talks, plus Facebook is beginning to favor paid-for content), and if you manage a page reply to comments often and consider adding a group as a “community” of the page (Facebook has placed an emphasis on groups, lately).

FRIENDLY ADVICE: Below are some steps you can take to make for a better overall experience for your Facebook followers.

Scroll past junk posts. Immediately scroll past posts that rely on color backdrops and emojis to scream out their points (or lack thereof). Do not give them a second look or even an angry face reaction. The same advice goes for spammy memes and over-shared articles. This may seem like a simple-minded solution, but the less activity these annoying posts receive the less the algorithm will prioritize them for those who are not on Most Recent mode. Reward good social media behavior, and ignore the hype (even if it’s your great-aunt Phyllis posting and you just want to say hello).

Don’t pollute. Ignoring spammy content means we also have to be smarter with what we share — after all, engagement has fallen 20% since 2017 and that means we have to post better content if we expect to be followed or favorited. Here are some ways to craft more effective Facebook messages (this is geared more toward marketers but we can all benefit from these suggestions). In other words, don’t be the spammer!

Have any tips of your own? Let us know in the comments!