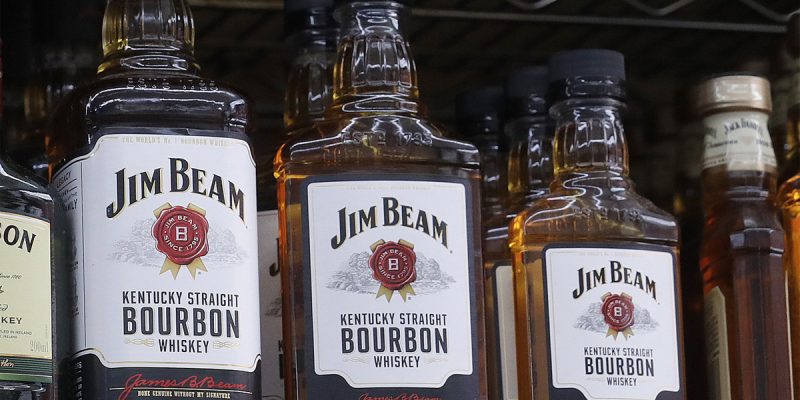 We’ve thought this for a long time, but Sunday’s complete idiocy, which would have fit right in had it appeared in a Joe Biden speech, confirms just how terrible the Lake Charles American Press’ emeritus-emeritus columnist has become. Beam might as well be some guy the American Press found in a homeless shelter with oatmeal stains down the front of his shirt based on the swill he writes now.

At issue? John Bel Edwards Is Better Than You.

Democratic Gov. John Bel Edwards has demonstrated strong and effective leadership through two of the most serious crises to ever confront any state chief executive, and those trying to recall him are wasting time and resources that could be put to better use.

The same thing can be said about Republican legislators who have been trying to seriously reduce the governor’s powers since he began his second term. They have had a difficult time accepting the fact that voters gave Edwards four more years in office.

The decisive way Edwards has handled the coronavirus pandemic and the restoration effort after Hurricane Laura are clear evidence of his West Point and military background that have helped him steer the state on a steady recovery course.

President Donald Trump was one of the earliest to praise the Democratic governor’s response to the pandemic. Their close working relationship has been extremely beneficial for Louisiana, and that continues even today.

Trump has never hesitated to give Louisiana citizens everything the governor has requested. All of this has taken place while Republican legislators were plotting to overthrow Edwards’ emergency decision-making. And they haven’t let up.

The Pelican Institute, a research and education organization, has moved to the far right and joined the governor’s critics. Here is some of what it has said about the way Edwards has handled the coronavirus pandemic.

“… This has dragged on for far too long, and the damage done during this time will be extremely difficult to reverse.

“We’re currently facing two serious crises that must be addressed with equal effort and urgency — the health threat posed by COVID-19 and the destruction of livelihoods (that) shutdown mandates leave in their wake. From there, of course, many tasks remain…”

The institute wants the Legislature to enact laws that take away powers the state constitution gives the governor to handle emergencies like the pandemic and hurricane restoration, “to ensure every citizen’s rights and liberties are protected the next time we face a public health crisis.”

No one’s rights or liberties have been violated. Almost daily briefings by Edwards have kept citizens safe and well-informed about the state’s responses to the pandemic and the hurricane aftermath.

We’re not even sure where to begin with this, other than that we’re so old – not as old as Beam is, of course – that we remember when this guy used to pretend, Lanny Keller-style, that he was a “conservative.”

We haven’t invested a whole lot of time in the recall effort on John Bel Edwards, because historically recalls don’t knock elected officials out of office in Louisiana – we can’t think of an example where it’s ever happened – but that said, the one against Edwards is, by every indication we’ve received, far more robust than anybody thought.

Not that Beam would know. He’s one of the most out-of-touch pundits working Louisiana politics there is. Even Will Sutton and Stephanie Grace have more of a clue what’s going on than this guy does.

What’s fun about this is what the commenters did to Beam’s bullshit. 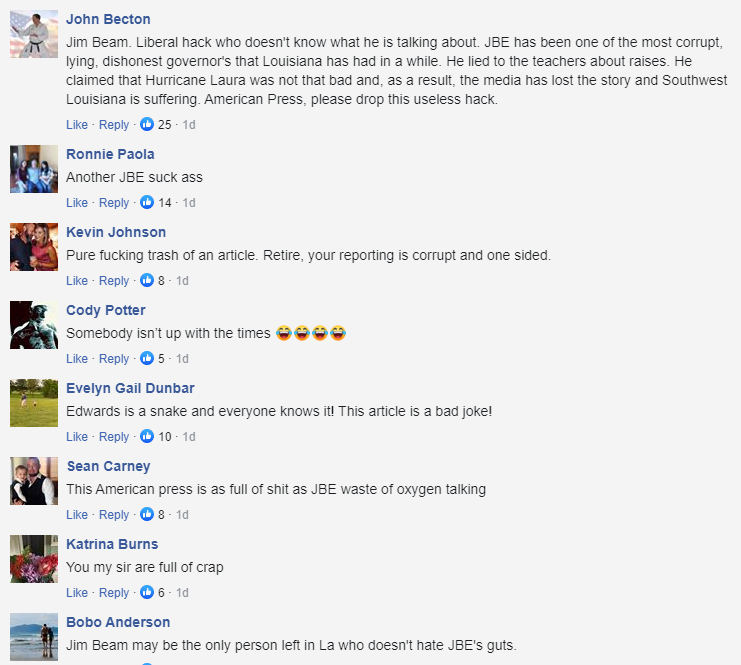 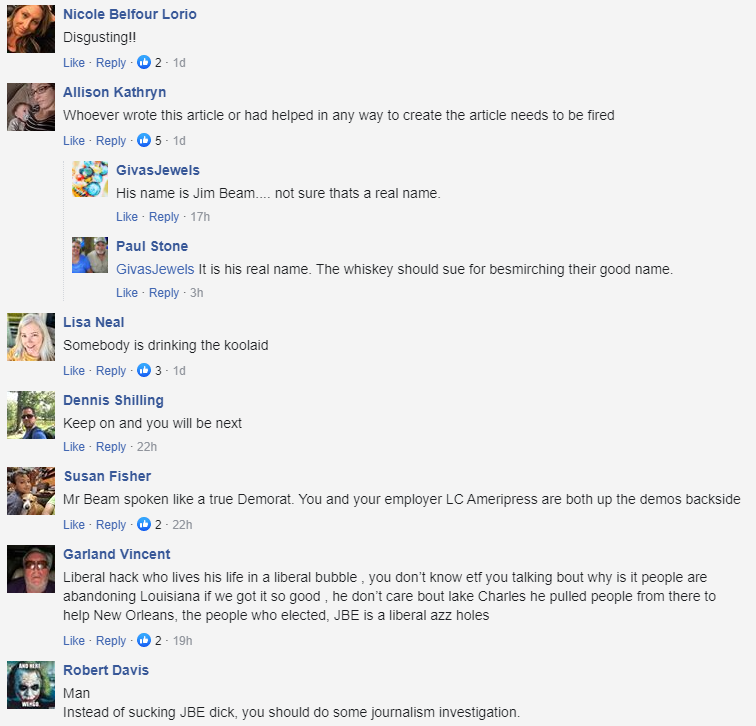 We’re not usually all that impressed with comments under blog or newspaper articles, but damn – somebody in the American Press’ front office might want to look at the reaction to their editorial columnist’s offerings and maybe consider: does he attract readers, or repel them?