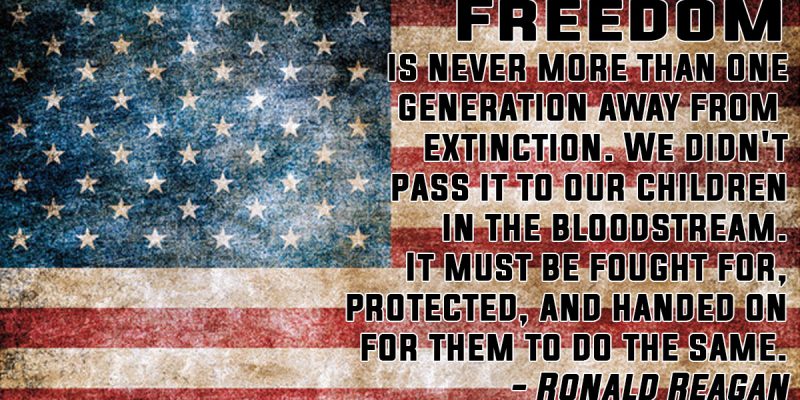 Immigrants who have lived under true communism know a thing or two about government oppression. We know what it’s like to live in fear of absolute authoritarian rule. We know the pain of surrendering your liberty for the sake of the “socialist collective.” We know how it feels to have no future, no matter how hard you try to improve your life.

Those of us who were lucky enough to escape to the U.S. have also learned that the “American Dream” is very real. Or at least it used to be.

After years of studying and hard work, I achieved my own American Dream by becoming a family physician. As a mother of five, a small business owner, and a proud member of the school board, I was convinced that the best days for me and my family were yet to come.

In retrospect, I should not have been so quick to take my newfound liberties for granted.

The COVID-19 pandemic, while medically devastating, has become a social disaster for this country. For the past few months, I have been shocked to witness how more and more Americans are willingly surrendering their civil liberties to the government, doing everything that the state tells them to do in the name of public health.

I understand that extraordinary events and tragedies often require us to take extraordinary action. This country, after all, retooled its entire economy to help defeat Nazi Germany in WWII. Every single American understood the importance of fighting a common enemy, and giving our brave soldiers the tools that they needed to win. But does this pandemic really rise to the same level as a world war? Where will our political leaders draw the line between a recommendation and a mandate? If this virus lingers for years, will we ever see our liberties restored?

Of course, there are some Americans who are noticeably exempt from the rules and regulations that the rest of us have to follow. For the past four months, radical socialists have organized riots in some of our country’s largest cities, disobeying social gathering protocols while breaking long-established laws. Remarkably, the leaders of most Democrat-run cities in America were reluctant to criticize this political movement, even when these so-called protests resulted in violence, looting, and death.

Many schools and businesses across the country, meanwhile, remain closed because local authorities are determined to “stop the spread” of the coronavirus. When has a social cause become more important than educating our children or feeding our families?

Luckily, President Trump — the same man who has been repeatedly portrayed as an “authoritarian” by the mainstream press — has steadfastly resisted the urge to exploit the crisis for the sake of obtaining power. Time and again, he has encouraged local leaders to safely reopen their economies, and loosen other needless restrictions that have proven to be ineffective.

Despite the fact America is heading down a dark path at the moment, I still believe that this magnificent country has a bright future. I hope and pray that the American people remember their history, recognize the threat of unlimited government authority, and choose to defend their civil liberties this November.

Dr. Katrina Lindley, DO is a family medicine physician in Brock, Texas