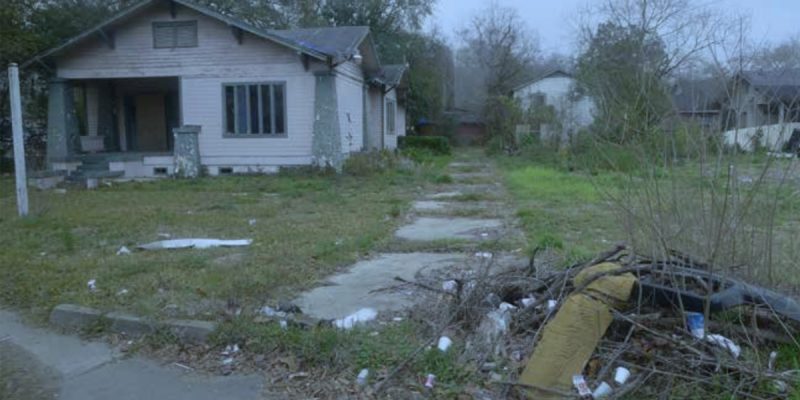 The notion of improving the lives of the poor through hefty and progressive taxation has become an article of faith of the political left – the more and taken from the wealthier, the more that can be shoveled to the poorer regardless of the very imperfect mechanisms in place to ensure that this redistribution creates long-term increased wealth among its recipients. However, while America’s federal government as a whole has the most progressive income tax regime of all economically developed countries, and thus the most progressive system since unlike most other countries it doesn’t have a national sales tax – which unless manipulated by exceptions is very regressive – its states typically are the opposite. The leftist Institute on Taxation and Economic Policy ranks only a few states as having progressive state tax codes, with Louisiana ranked 14th least progressive in its latest study on the topic.

In fact, unusually when compared to other economically developed countries where progressive taxation typically varies inversely with the size of government (measured by the proportion of wealth taken in taxes), among U.S. states it’s the opposite. A study from the conservative American Enterprise Institute argues that economic issue preferences among elected policy-makers cause this; even though more progressivity creates additional economic costs such as reduced development and population loss, in states which elect more officials with more liberal economic preferences they are willing to countenance this tradeoff.

Louisiana with its populist history certainly meets the criteria of a state willing to make this tradeoff. In 2017, it ranked highest among southern states in state and local spending per capita, and 28th among all. But in that same year its per capita income ranked just 41st and from the year before through 2019 its population decreased 0.63 percent, or sixth worst population change, after from 2010-16 (or one year after a major state tax decrease until one year after one major state tax increase and the year of another) saw an increase of 2.94 percent, ranking 28th highest.

But the problem is large scale redistribution tends to help poorer households less than smaller, less redistributive government. A recent Hoover Institution report comparing data from 161  countries notes that the more government dominates the economy, the lower the living standard the poor achieve. This is because generally the gains from economic growth by freer markets among those with lower incomes outstrip the largesse they receive in transfer payments.

While government control of the economy has many facets, certainly its willingness to absorb resources from the private sector is a major determinant of its degree of domination. Progressive taxation accelerates the inefficiency this induces, because government disproportionately absconds with resources from (by definition) the more productive economic elements. Reducing tax size and progressivity in Louisiana would include such things as having a flatter (or flat) income tax and getting rid of certain exceptions such as the Earned Income Tax Credit, removing exemptions from sales taxes on groceries and utilities payments while lowering the marginal rate, and lowering the homestead exemption while inducing local governments to reduce property tax millages. Spending cuts particularly on inefficient redistributive programs would follow, although this need to prevent a deficit would be offset in large part over time by increased tax revenues from economic growth.

Other means of government economic control also need changing or avoiding. An example of the former is paring regulations on occupational licensing, where Louisiana ranks as one of the most onerous states, while one of the latter is to shelve any attempt to raise the minimum wage.

Thus, with Louisiana having disproportionately high state resource use by government compared to individual incomes, and exacerbated by the system’s progressive elements, these suppress potential improvement of the economic fortunes of its least economically advantaged citizens. Until this changes, the state will continue to shortchange the most economically vulnerable of its people.