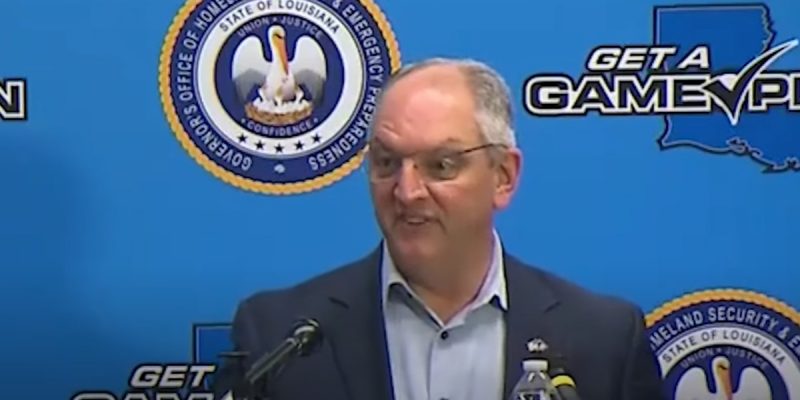 We don’t do enough DJ Rhett stuff at The Hayride, so MacAoidh tol’ me dat was gonna be my new assignment since I’m back, y’all.

I been away meditatin’ on the sins all us couyons in Barataria Bay an’ everywhere else down da bayou musta committed that Uncle Roberto done got hisself elected an’ re-elected governor, and dat’s kep’ me offa this here whatchacall a blog for more n’ t’ree years.

An’ dat was a waste a’ time, because I ain’t figured nothin’, except maybe they got people here stupider than us nutria for to re-elect Uncle Roberto. How you go get a great badass like Clay Higgins an’ end up with Uncle Roberto in dat big house by the innastate, cher?

They couldn’t even bring in the nutria vote for Clay. We ain’t in his district. We ain’t even close like he is. He won big anyway. An’ yet Roberto wins even though all us nutria come out for Eddie, mostly because we was lookin’ for construction work. Pays pretty good an’ you don’t have to have no college degree, comme ca.

Anyhows, so y’all all got that corona, an’ Roberto, him, he wanna keep all y’all bottled up almost as bad as Tee Toy, who’s almost as much nutria as Liz Warren is Indian, done did to them poor sos-and-sos in N’Awlins. Ol’ Rhett done saw that Phase Three press conference an’ had him a good idea about what dat’s like.

But not of the corona, y’all. What I got, an’ what all us down in Barataria got, is more like de foix than the corona. Can’t get no LSU football, can’t go see no Saints play for no Jacob Blake, can’t do no chanky-chank music.

Except if you got some connections. An’ not to Uncle Roberto, though he can find you a nice lil’ mobile bar party if you got some money for his lil’ judge candidates, I hear.

My uncle T-Rex, he got to hear him some Wayne Toups at some protest down da bayou last weekend. He said Gino Delafose was playin’ dat zydeco over dere too. T’Rex said Uncle Roberto, who sent all his fire marshal people an’ health inspectors to New Iberia an’ Breaux Bridge to come get all the honky-tonks to shut down never made a move on dat protest for fear they might truss ’em up an’ send ’em to a alligator processin’ plant.

He said they wasn’t havin’ no masks or no social-distance where Wayne Toups was playin’.

That sounds like a good cure for de foix. Like DJ Rhett would tell you, a fais-do-do is better than a fais-neaux-neaux.

Interested in more news from Louisiana? We've got you covered! See More Louisiana News
Previous Article Ardoin: There Are No Plans To Force Southwest LA To Vote By Mail
Next Article Report: four of the five best cities to retire are in Florida