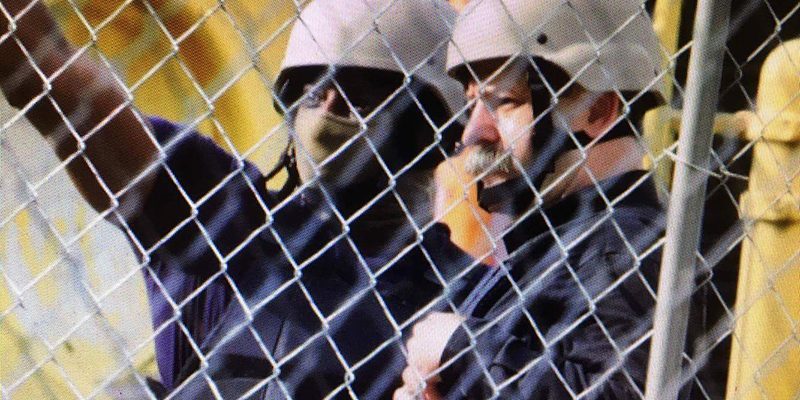 The Superintendent of the New Orleans Fire Department, Tim McConnell, will retire this week, and the New Orleans Fake News collectively ignored and covered up his role in removing four historic monuments for Mitch Landrieu in 2017. Evidence exists and the media partially documented the NOFD’s participation back in 2017, but no reporters have questioned McConnell about it and reported the interview. This piece documents McConnell and the NOFD’s involvement in the Marxist, strong-armed government erasure of the city’s historical landscape.

McConnell’s NOFD career began in 1984 and in 2013 then-mayor-forever-loser Mitch Landrieu appointed McConnell to the Superintendent position. Fast forward to 2017. Donald Trump was in his first few months as President. Mitch Landrieu was on his way out as New Orleans mayor, and he was desperate to leave a legacy.

Landrieu put out a bid request to remove three monuments: Jefferson Davis, G.T. Beauregard, and Robert E. Lee. Only one contractor submitted a bid which came back at $600,000. The Battle of Liberty Place monument was not on the bid.

In the early hours of April 24, masked people mobilized and removed the Battle of Liberty Place monument. A heavy militarized police force established a perimeter complete with snipers in elevated positions. The men working to remove the monument wore helmets, bullet proof vests, and masks, mostly.

Mitch Landrieu attempted to keep the removal scheme completely under wraps without providing information.  The monument removal movement was so widely opposed that city government employees leaked out Mitch’s top secret scheme and reporters were on scene for the several hours long removal process.

The removers were obviously masked to hide their identities, but some of them still showed their faces as the night dragged on. To show the relationship between government and media, The Advocate’s Jeff Adelson included in his article that at one point, city officials actually called and criticized a TV station for taking video that the city worried was zoomed in too close and would reveal the workers’ identities.

It took no time for The Hayride’s Firefighter sources to identify some of the masked removers as members of the New Orleans Fire Department. Video revealed Stanley Reed with his mask off. Reed was the driver of another monument remover on the taxpayer payroll: NOFD Superintendent Tim McConnell. Concealing their identities only elevated the curiosity as to who the masked removers were, and soon enough it was rumored that McConnell was there, in mask.

It seemed Mitch found an alternative to the pricey contractor: city employees. The use of Firefighters was an extremely bizarre twist in one of the most controversial sagas in New Orleans’ history. In the days prior to the Liberty Place removal, sources within NOFD had notified The Hayride that firefighters would be used to remove the monuments and that several Firefighters underwent training to remove the monuments.  At the time it seemed like internet-rumor hysteria, but it was completely accurate intel from NOFD sources.

“I saw those pictures too,” Felton told reporters about the pictures comparing McConnell in uniform to a monument remover in mask. “I can’t really confirm that. Surely looked like (McConnell) to me though.”

Felton admitted Firefighters helped execute Landrieu’s clandestine activity when he told reporters a “handful” of New Orleans Firefighters were involved, although The Hayride’s sources placed the real number of NOFD on scene at 12. “We should not be in riot gear. We should not be doing police-type work,” Felton said in April 2017.

The fact that Firefighters–and not just rank and file, but higher-ups–were the ones removing the Liberty Place monument explained why Mitch’s press team was so worried about protecting the mysterious workers’ identities.

In the days after Liberty Place, the mayor was called out for the misuse of city employees, Mitch tried to rationalize it with one of his “whosy-whatsy” type know-it-all responses: “Firefighters are part of Homeland Security. That’s actually what they do. So they do take part in the process.”

At the first controversial removal, the members of the New Orleans Police Department faced emotional mobs of people and their faces were showing for anyone to see. If Firefighters were simply part of the removals under Homeland Security as Mitch said, they would not have concealed their identities with masks.

Following the first monument removal, the New Orleans Firefighters Association announced Firefighters made an unanimous “no confidence” vote in Chief McConnell. “We are tired of him asking us to perform tasks that we are not trained for,” Felton said. “We need new leadership, that’s why we’re here.” The Firefighters’ union issued a statement calling for “immediate action to remove Chief Timothy McConnell from all aspects of the Fire Service.” The Superintendent slipped out of the public’s view and then reappeared to carry out another removal after the first that upset the Firefighters he was supposed to lead.

On May 11, 2017, a massive law enforcement team set up a perimeter at Jeff Davis Parkway and Canal Street to protect the apparent 15 or so NOFD Firefighters who struggled to deconstruct the 106 year old Jefferson Davis monument. Like at the Battle of Liberty Place monument removal, the firefighters all wore masks, except for one: Fire Superintendent Tim McConnell. McConnell brazenly coordinated the Firefighters for all to see. Even members of the NOPD on the scene were taken aback that McConnell made no attempt to conceal his identity.

Pictures showed the taxpayer-funded city employees removing a second historic monument. They parked a red Ford Explorer, without a license plate, visibly filled with firefighting gear, on the neutral ground near Davis. Even in gear, these guys were recognizable, after all, this was the small town of New Orleans.  The war-zone appareled Firefighters seemed to be Mitch’s fill-in since he failed to land a contractor.

On May 17, 2017, another organized gang of masked, city employees once again led by the Superintendent of the New Orleans Fire Department Tim McConnell, arrived at the entrance to City Park in darkness, lacking permits, and covering up mandatory government identification on vehicles. Snipers and military-geared police guarded the operation as if it was taking place in a hostile war zone. More accurately, a power drunk government official overused law enforcement to intimidate and passively threaten the public. After struggling for hours through a dozen failed attempts, the Firefighters removed the priceless sculpture of the most historically significant creole, Pierre Gustav Toutant Beauregard, aged 102 years and listed on the National Register of Historic Places. A truck hauled the Beauregard monument away, the third such effort by the NOFD led by Tim McConnell.

On May 19, 2017, McConnell was photographed around Lee Circle as crews mobilized to remove the statue of General Robert E. Lee from the top of the Lee Column. The task was so daunting, Mitch abandoned the previous style of nighttime removals and had the Firefighters and, what a source said was out-of-state contractors, pull Lee off in broad daylight. Tim McConnell appeared to once again to not care about hiding his identity. And as clearly evidenced by their now avoidance of the NOFD angle, the local media did not care either.

“NOLA is better off bc Tim McConnell did what’s difficult for the sake of doing what is right. Never lost sight of NOFD’s role in fire prevention or its public safety mission. Modernized NOFD. Integral in deal that saved fireman pensions & taxpayers at same time. He’ll be missed.”

“He was terrific. Best Incident Commander in the country. We were so lucky to have him.”

Mitch’s first tweet was a far from subtle thanks and praise to his monument hatchetman.

The media was so complicit in the 2017 removals that, to this day, the finances of a government operation to remove public monuments remains a mystery. The mainstream media still has never followed up with interviews with NOFD Superintendent Tim McConnell despite his documented presence at every removal.

This is a prime example as to why news media–national and local–have lost the trust of the American people. The New Orleans media actively covered up Tim McConnell’s leading role as Mitch’s monument removal pointman. Reporters dabbled in the Firefighter story briefly in April 2017, and they flat out ignored McConnell’s participation while covering his resignation in October 2020. As if all given the same talking point, McConnell was referred to as “the face of the city’s response” to the Hard Rock Hotel disaster. In reality, McConnell may have been the face of that but the larger story is that he was the unacknowledged frontman for the removal of four New Orleans public monuments that each stood for more than a century.

The 2017 removals were highly controversial in New Orleans, the government take downs remain shrouded in secrecy, and the media is still covering up for one of the key figures. They chose not to report actual news in the city they allegedly cover. The retirement of Tim McConnell is good riddance, he was a true traitor to the city of New Orleans. And the coverage of his retirement reveals the bias and dishonesty of the New Orleans media.

The Hayride reached out to McConnell and the NOFD for comment on this topic and has not received a response.