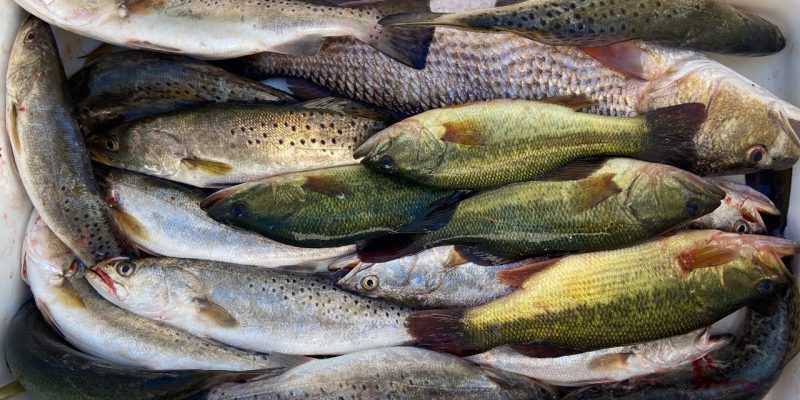 Imagine you answer a knock at your front door to discover a swimsuit model who tells you she’s madly in love with you, and in her hands is a platter holding a sizzling ribeye that she rushed to your house in her Lamborghini, which she’s also giving you.

That’s what marsh fishing is like this time of year.

But most won’t be so lucky. Before they ever make it out, they’ll be devoured by the speckled trout, redfish, largemouth bass and more that depend on Mother Nature’s windfall to fatten up in preparation for the lean winter months.

Game fish are thick throughout the marshes right now, and they’re not turning their noses up at a whole lot.

All anglers have to do is effectively put baits in front of them, and that’s what I sought to do early this week.

I slept in a bit, and delayed the start of my trip to take advantage of a falling tide, and though I had to endure the dead period between the end of the rise and the beginning of the fall, it proved to be the right decision.

Once the tide began to pull out, the marshes came alive, and I hit the trifecta, putting specks, bass and redfish in the box. The fishing was just excellent, and was a constant reminder of how good we have it in South Louisiana in the fall.

Interested in more news from Louisiana? We've got you covered! See More Louisiana News
Previous Article I Did Radio On Friday And Again Yesterday. Here’s Audio Of Both Appearances.
Next Article Senate Committee to investigate Biden emails obtained by New York Post