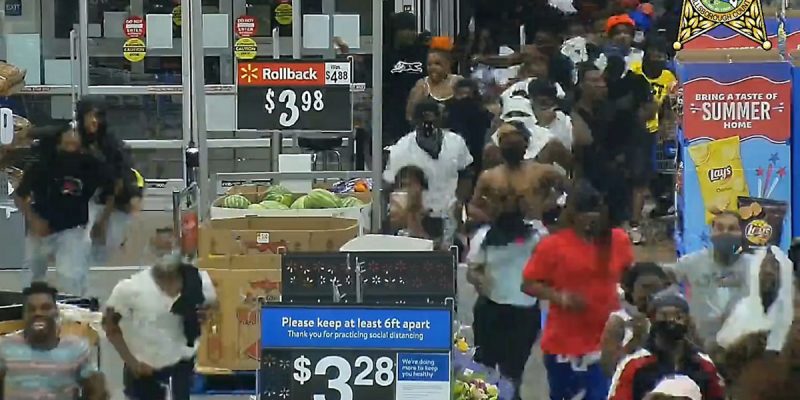 The more you pay attention to government and state politics in Louisiana the more obvious it is that the people who hang around that state capitol, whether they’re lobbyists, politicians, bureaucrats or whatever, are most prominently interested in one thing.

Which is to shovel as much taxpayer money into their pockets as possible.

It literally never ends. And while this happens everywhere, if there is a place in America more corrupted by the all-out scramble to make off with as much government swag as possible than Louisiana is we would be shocked to see it.

And why do we care about federal matching funds if we’re spending more money than we need to on government health care in Louisiana? Remember – the more people getting health care through the government in this state means the fewer people of modest means who are shopping in the private market, and the fewer small businesses offering private health insurance. That means private health insurers aren’t incentivized to offer reasonably-priced insurance to the mass market, and it lessens Louisiana’s economic competitiveness.

Bring that up and you’ll get deaf ears. Nobody cares. The federal dollars are what matters. And why?

Because all that money creates fat, rich hospital contracts. Everybody wants those. Nursing home contracts, too. Go and look at the number of current and former legislators with a stake in a nursing home and you’ll be amazed.

Medicaid is what runs Louisiana. It’s the hive from which all the honey flows. There was $12.95 billion of Medicaid money spent in Louisiana in fiscal year 2020. There is $15.9 billion budgeted for fiscal year 2021. And Medicaid is, as Sen. Bill Cassidy has said, the “illusion” of health insurance. It’s for making connected people rich, not poor people healthy.

It’s all a racket. All of it. There are a few members of that legislature who are there honestly trying to make changes, but nowhere near enough. Not even after $7 million was spent to elect the most conservative legislature in the history of the state.

They’re going to be great on abortion and guns and prayer in school. That’s what the $7 million paid for. Economic competitiveness and limited government? Look at how hard it was just to make a dent in COVID tyranny with that legislature – and then you end up with the farce and debacle which was Judge Billy Morvant’s zoom court yesterday, in which Morvant, Pontius Pilate style, washed his hands of the entire question of a governor deliberately disobeying the law and reopening the state by summarily declaring a statute unconstitutional.

Why? Because upholding the law would have upset the applecart.

Do you want to know just how terrible and, frankly, suspicious Morvant’s reasoning was?

His justification for rendering the statute allowing one house of the state legislature to overturn a governor’s emergency declaration by a petition of a majority was that RS 29:724, the homeland security statute which establishes emergency powers under Louisiana law, indicates that “Executive orders, proclamations, and regulations so issued shall have the force and effect of law.”

Because it says that, Morvant reasoned, you can’t overturn something with the “force and effect of law” by action of only one house of the Legislature. So RS 29:786(B), which provides that the petition of a majority of one house can dissolve an emergency declaration, would have to be unconstitutional.

But go back to RS 29:724, and two paragraphs down from the passage Morvant cites, is this…

That language is identical to the section he struck down. Morvant didn’t even bother to notice it.

That’s what you get from the judge on the 19th Judicial District Court who’s supposedly the best of the group. And anything involving the Legislature or state government, by Louisiana law, has to be litigated at the 19th JDC in front of judges, most of whom are worse than this, elected by the same people who thought it would be a good idea to put Sharon Weston Broome in charge of a billion-dollar budget.

Everything about government in Louisiana is government contracts, money for nothing, graft and sleaze. And it’s so brazen that it happens in plain sight even when just about anybody would say “this won’t go over well.”

Take the renewed effort at passing a gas tax.

Yes, there is a renewed effort at passing a gas tax getting started in Louisiana. There was a meeting this week of the usual-suspect muckety-mucks hosted by the Louisiana Asphalt Pavement Association and Ken Naquin of the Associated General Contractors, because they’re going to bring a bill at next spring’s legislative session in an attempt to raise the gas tax.

Louisiana has the highest sales taxes in America, or close to them. Louisiana has an income tax, unlike nearby competing states Texas, Tennessee and Florida. Louisiana’s economy is in an absolute shambles.

And they want to raise the gas tax.

The bill is written already. Here’s a copy. It’s nine pages long; otherwise we’d just paste it all into this post. It’s a sneaky bill that cuts gas taxes from 18 cents a gallon to 13 cents and then jacks them up to 26 cents over the next decade.

And they’re telling all the trade group lobbyists and legislators they’re willing to put whatever goodies everybody wants into the bill.

Bear in mind, there’s no traffic to speak of in Louisiana right now. Traffic is less of a problem than it’s been in a while, because the state’s economy is down the tubes and there’s nowhere to go. There’s certainly no money on the horizon to raise taxes with, and Louisiana is about to be in a fiscal catastrophe next spring which will entail major cuts for the first time in a long time – unless the feds blow billions of dollars in free swag out to Louisiana to keep the obscene bacchanal going at the state trough.

Which they’re counting on.

Because the only thing that matters in that building is the bacchanal. It’s all about what they can make off with.

And you wonder why we’re last in everything.

Interested in more news from Louisiana? We've got you covered! See More Louisiana News
Previous Article SADOW: The Left Is Crowing About Defeating Amendments, But Why?
Next Article Hispanics helped Trump win in Florida, Texas, analysis of election data shows