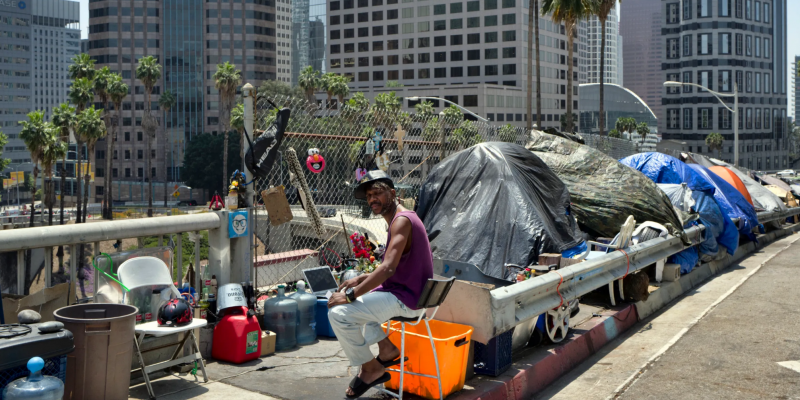 Gov. Greg Abbott said at a roundtable discussion on public safety Thursday that he would be proposing a statewide plan to address the issue of homelessness in Texas, including banning camps.

“If Austin doesn’t reinstate the ban on homeless camping, the state will do it for them,” he tweeted Wednesday. “Contrary to what Austin leaders think, no one has a right to urinate & defecate wherever they want. Homelessness promoted by Austin has also endangered public safety.”

In 2019, the Austin City Council voted to de-criminalize public camping for the homeless as long as they did not create a health or safety threat or obstruct a public right-of-way, which residents argue they have and continue to do. The advocacy group Save Austin Now argues the city’s lax ordinances have led to threats to public health and safety.

The group told CBS News Austin that it had already collected 30,000 signatures for a petition to be added to the May ballot for residents to vote on ending public camping. City employees are currently verifying the signatures. If the petition reaches 20,000 valid signatures, the proposed ban will be added to the ballot.

But they may not have to wait that long if Abbott enforces a statewide ban.

In a statement to KXAN Wednesday night, Austin Mayor Steve Adler said the city needs to look at more permanent housing solutions. Adler has been criticized for making the same claims before and yet the homeless are still on the streets and not in affordable housing.

“Permanent supportive housing is the only solution that will end camping – including at the Governor’s sanctioned camping site. We welcome the state’s help in solving our immediate challenges with mental health and state highway cleanup. But we can’t agree to hide the problem,” the mayor said in a statement.

“All people, even those without homes, need to use the bathroom. The sanitary and humane answer is to give them access to one. I wish it were faster or easier, but we are making progress,” Adler continued.