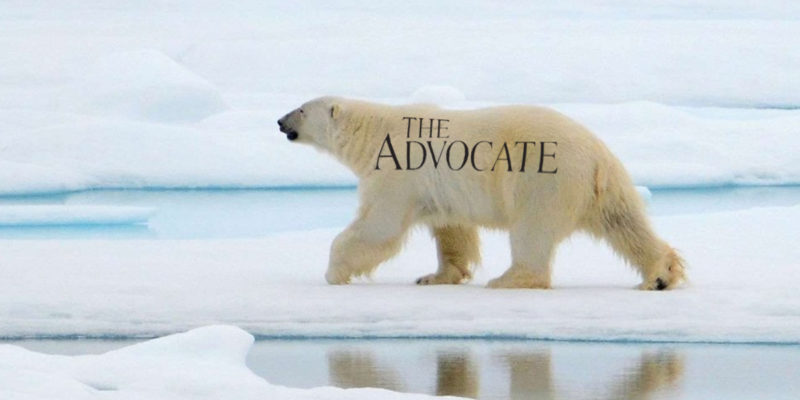 If nothing else, arch-leftist Mark Ballard of the Baton Rouge Advocate has a lousy sense of timing that should shake his faith.

On Feb. 13, Ballard – who also files state government stories for the newspaper that often but not always hold his biases in check – used his weekly opinion column to discuss a Feb. 10 joint meeting of the Louisiana Legislature’s National Resources committees. He seemed none too pleased about the subject matter, comparing its breadth and depth to exercises performed under the auspices of the Communist Party of China, because it featured critiques of Democrat Pres. Joe Biden’s restrictive forays against the fossil fuel industry and little else.

Such is the blinding tunnel vision of a true believer of the catastrophic anthropogenic global warming, as Ballard verified when insinuating in his first three paragraphs that gases from burning such fuels causes the state to lose a “football field of wetlands … every 100 minutes.” In fact, science finds no such connection at all; if anything, the causality is reversed where rising temperatures come from changes in oceanic and atmosphere heat exchanges and soil moisture. These explain much better why almost next to no statistical correlation exists between amount of carbon dioxide produced by human activities and global temperature changes. And some of the acreage loss has a far more certain provenance: a slow, constant rise in sea levels for two centuries, beginning well before human-caused change theoretically occurred.

Not knowing this or if he has delved into it proceeding to ignore all but the surface information peddled popularly, Ballard continues by proposing the state’s economy pivot away from fossil fuel extraction and processing, beginning with snidely suggesting that during the hearings that the Republican-majority committees wanted to visit partisan punishment on Biden’s party colleague Democrat Gov. John Bel Edwards. He asserts Edwards avoided that when his aides testified the governor wasn’t happy about the orders and wanted to talk things over with the president.

Of course, this is akin to Edwards the next time a hurricane barrels into the Louisiana coastline standing athwart it and asking it nicely to stop. It’s all talk and no action, unlike the genuine commitment to dissent and resistance shown by his neighbor to the west. Edwards doesn’t really oppose such a thing – witness his tepid response when the orders came out and that one year ago he saw climate change as a greater threat to Louisiana than the Wuhan coronavirus – and, as his lack of meaningful action demonstrates, the only reason he plays lip service articulating even the most timid opposition is anything less would stoke mass outrage across the state.

Ballard proceeds to advance alternative energy alternative economic activities, naturally advocating for taxpayer subsidies to prop up losing propositions. Fortunately, legislators have rejected that course, letting expire in the past few years tax breaks that shuttle tens of millions of dollars to solar installers, car manufacturers, and other wasteful uses – all in place to address a “crisis” that if not manufactured ideologically is massively overblown in terms of human activities’ contribution to it.

Concluding, Ballard scrapes his fingers and shakes his head at the convening, opining that the “coronavirus pandemic shut down most public access to the State Capitol, leaving the halls clear for special interest lobbyists. [Legislators] seem to have grown comfortable with that.” Implying that the hearings that didn’t feature speakers wedded to the CAGW myth equated to this, Ballard completely missed the irony and hypocrisy of his own piece, where the recommendations he fronted to move away from fossil fuels in the economy came from … special interest lobbyists.

The day after the column ran, of course, Louisiana’s worst winter storm in decades descended for almost a week, exposing the inadequacy of exactly the kind of energy generation Ballard had championed. It bears repeating: if adequately proofed against winter, nonrenewable energy has the innate capacity to keep up with and even expand to meet demand, while renewable sources either disappear entirely (solar) or, even with the maximum proofing, still suffer significant loss of production and actually draw the power needed to provide that away from better uses (wind).

The CAGW fantasy Ballard shills reduced that column to drivel. Immediately subsequent events cancelled it altogether. If he wants to produce anything on this subject that deserves and survives intellectual scrutiny, Ballard needs to jettison his CAGW faith and start relying on the science.