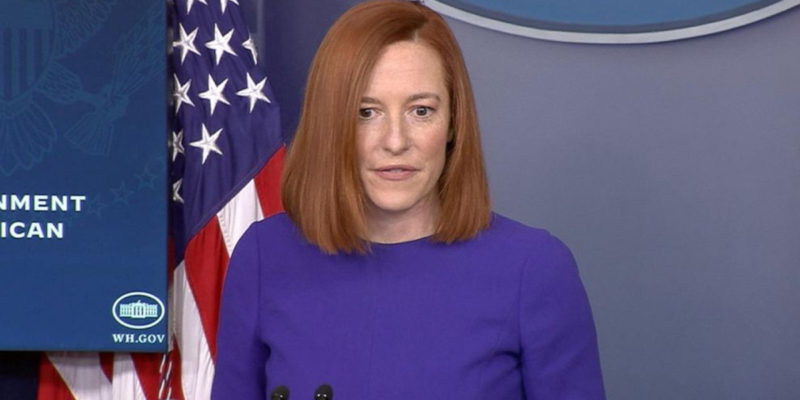 It was a cruel joke played on the American economy and the civil liberties of our people when the public health bureaucrats working for President Donald Trump put forth the idea of shutting down the U.S. economy supposedly to stop the spread of a coronavirus which had already spread al over the country.

Two weeks has become 11 months. The spread hasn’t stopped, and the collateral damage from that atrocious public policy error is immense. Almost unprecedented.

The science has shown that economic lockdowns do nothing to check the spread of COVID-19. It spreads because it’s a coronavirus, and coronaviruses spread until there is herd immunity.

But as bad as “two weeks to stop the spread” turned out to be, at least that miserable failure was self-descriptive as an aspirational measure meant to return life to normal soon.

What is the current administration, made up largely of the same public health bureaucrats who so poorly served Trump, offering to the American people now?

Nothing we ought to want, that’s for sure.

.@PressSec Psaki on when Americans can expect a return to normal:

"We are not in a place where we can predict exactly when everybody will feel normal again" pic.twitter.com/WyYMv42KIv

That’s “Circle-Back Girl” Jen Psaki, the White House’s press secretary, telling you that there is no end in sight to lockdowns which do not work to stop the spread of COVID-19.

This while the administration she works for is armed with a slew of vaccines which are supposed to be more than 90 percent effective in stopping the spread of the virus. Vaccination is the prime driver of herd immunity; it has the same effect as survival from the virus only with less suffering. Once vaccines reach widespread availability, common sense dictates the time for returning to normal life – subject to whatever private decisions based on risk management or liability might be deemed appropriate – quickly follows.

And yet these people are now talking about next Christmas? This was Biden, Tuesday night, as he caught a softball question from Anderson Cooper on the subject…

“[I]t’s a high probability that the vaccinations that are available today — and the new one, Johnson & Johnson, God willing will prove to be useful — that with those vaccinations, the ability to continue to spread the disease is going to diminish considerably because of what they call ‘herd immunity.’ … And so if that works that way, as my mother would say, with the grace of God and the goodwill of the neighbors, that by next Christmas, I think we’ll be in a very different circumstance, God willing, than we are today. I think a year from now, when it’s 22 below zero…a year from now, I think that there’d be significantly fewer people having to be socially distanced, have to wear a mask. [Experts] said, but we don’t know. So I don’t want to over promise anything here.”

Got that? “Vaccine hesitancy.” In other words, free people resisting the vaccine.

We’re not opposed to COVID vaccinations. We think they make sense, our reading of history tells us that vaccines have worked miracles in eradicating diseases like smallpox and polio, and we aren’t about to tell people not to take the vaccine.

We think you should get vaccinated when the shot is available. But that’s your choice. And Jen Psaki is way out of line in implying that your lack of enthusiasm for the vaccine is the reason everybody has to wear a mask and live like a hermit until the ruling class says otherwise.

And by the way, Psaki is echoing the highest-paid man in the federal government, Dr. Anthony Fauci, whose verbal diarrhea about COVID is so varied as to be incomprehensible other than as a personal campaign to sap the morale of normal Americans. Fauci says it’ll be “several, several months” before people can think about taking off their masks in public.

If you’re vaccinating people, and particularly if you’re vaccinating people more susceptible to serious or even fatal cases of COVID, the vaccinations drive public policy. In other words, you begin vaccinating and then you announce to the folks “we’re reopening the country because it’s been locked down long enough, and if you want everything to get back to normal you should get vaccinated now – otherwise we might lose folks we’ll miss when we reopen.”

That’s a motivator. The safety net is being removed (it needs to be removed anyway, because it’s no safety net at all), and people need to act accordingly. Or don’t get vaccinated and take your chances; if you do and you catch the virus, you likely survive it anyway and that’s essentially the same thing as getting the vaccine. For some people it won’t work out quite so well, and we’ll mourn their loss. Which is why it’s better if everybody takes the vaccine.

But the idea that (1) you’re a bad person if you won’t take the vaccine, but that (2) even after everybody gets the vaccine you still have to social-distance and wear a mask for “several, several months,” and put up with all kinds of other stupid restrictions on your life, fails in every respect. Why bother to get the vaccine if there is nothing in it for you or anybody else?

Again, “two weeks to stop the spread” was a lie. Sometimes it’s better to be lied to by people outwardly attempting to offer a commitment to return to normal than to have people who have no such commitment at all give you non-answers.

Because what they’re really saying is they have no intention of letting you get back to normal life. None. You will be restricted and mandated as long as they deem it appropriate, your civil liberties, livelihood and quality of life be damned.

And if you resist? Well, we saw how these people reacted to a little bit of unpleasantness on January 6. They apparently lied about a Capitol Police officer being killed by protesters, said nothing whatsoever about a woman shot to death by another Capitol Police officer when she was unarmed, impeached a private citizen for exercising his right to free speech and installed barbed wire and National Guardsmen to turn Washington, DC into a military occupation zone. That was over an election chock full of irregularities a large swath of Americans think amounted to a coup d’etat, something TIME Magazine essentially reported was correct but necessary to “fortify” democracy.

What do you think they’ll do when ordinary Americans begin to realize there will never be a return to normal? Or, perhaps more to the point, that the return will only come when America takes back the power it ceded to the government? Will there be mass arrests? Political prisoners? A crackdown on speech questioning COVID lockdowns and mandates?

We’ve been saying it for almost a year, and it’s never been more true than it is now. You’ve got to fight for your right to party, because they’re intent on keeping it from you. And don’t think for a minute that fight will be easy.