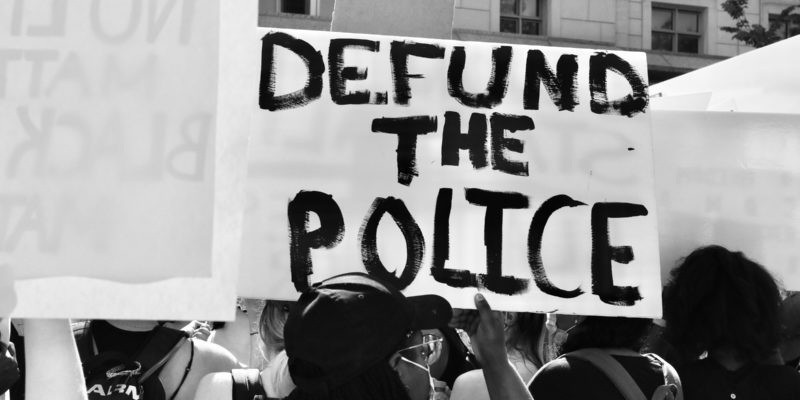 One person died and 13 others were injured in a shooting early Saturday morning in downtown Austin’s rebounding live music scene.

Before the investigation is complete, Austin’s leftist leadership are already blaming the Lone Star State’s march toward greater Second Amendment freedoms — including a Constitutional Carry bill that has yet to become law.

The suspect arrested in connection with the shooting on Sixth Street is a juvenile, while a second has yet to be apprehended. The family of the deceased (Doug Kantor, 25, who was reportedly on vacation from New York) are making public statements that do not blame gun rights as Mayor Steve Adler and former County Judge and state Sen. Sarah Eckhardt immediately did (see tweets below), but are pointing directly at a cut to Austin’s police budget a third last year.

“The lack of resources is due to funding cut by the DEFUND THE POLICE movement put in place by the current administration,” wrote brother Nick Kantor via Facebook. “I would like this to be known because that same political party/administration will more than likely try to spin this into a gun control issue instead of what it really was which was a lack of resources for the police to do their job and save my brothers life.” 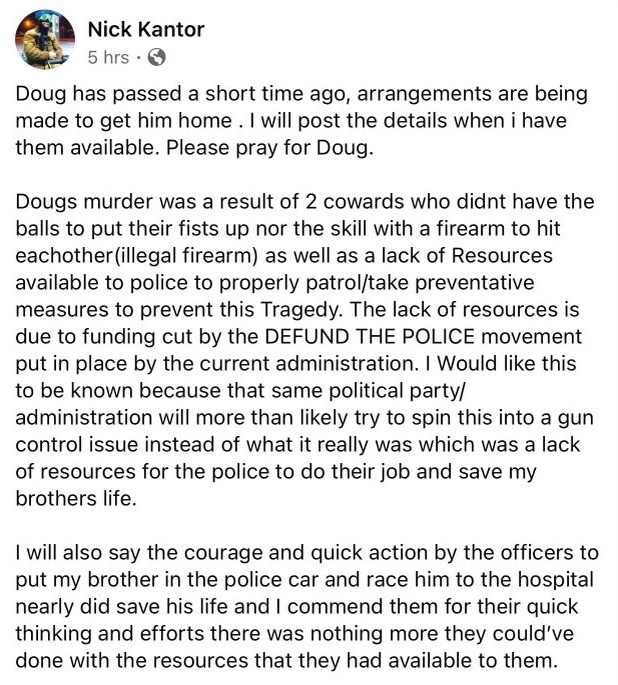 According to organizers of Save Austin Now, an organization now gathering signatures to re-fund the police, the Austin PD is down 251 officers. The Austin City Council voted unanimously to de-fund the police by a third of its budget in 2020.

Meanwhile, Austin has seen more homicides in the past year than in the past two decades. This is accompanied by an upward trend in property crimes and attacks. The Austin City Council also rescinded a homeless camping ban, which led to an acceleration of encampments on an near public areas all across the city. Voters, in a petition drive and referendum led by Save Austin Now, reversed the policy in May. The city is enforcing the renewed ban in phases.

Enter the local media, which fear what would happen if citizens filled in the gap in searching for the suspects. Numerous outlets refused to release descriptions of the suspects for fear of igniting violence against persons who match their appearance. This has led some to question whether the media outlets are putting progressive-liberal politics ahead of the practicality of giving the public information that could be used to protect themselves or bring the shooter to justice. From the Austin American-Statesman:

“Editor’s note: Police have only released a vague description of the suspected shooter as of Saturday morning. The Austin-American Statesman is not including the description as it is too vague at this time to be useful in identifying the shooter and such publication could be harmful in perpetuating stereotypes. If more detailed information is released, we will update our reporting.”

According to the Austin Police at the time, one suspect was “described as a black male, with dread locks, wearing a black shirt and a skinny build.”

Vague as the description may be, Austin-area leftists are absolutely sure what caused the shooting: increased firearm freedoms.

APD and the City Council have initiated multiple violence prevention efforts in response- but this crisis requires a broader, coordinated response from all levels of government.

One thing is clear – greater access to firearms does not equal greater public safety.

I am so grateful for the lifesaving actions of @Austin_Police, @austinfiredept, and EMS.

My heart is broken for the 13 people who are suffering in the hospital.

And I am beyond angry that the #txlege just spent five months making it easier for violent people to access guns. https://t.co/g4cyFpmhYs

While the uptick in gun violence here in Austin is part of a national trend, we know that gun violence is preventable. We must recommit and double down on efforts locally to reduce violence, reduce the widespread proliferation of guns, and save lives. (3/3)

Police have not yet released a motive for the shooting and the initial investigation continues. It appears to have been a dispute between two parties and all victims were innocent bystanders according to a press conference held Saturday.

The juvenile gang unit of the Austin Police Department, founded in 2005, was eliminated as part of a drive to “reimagine the APD” and cut the budget significantly, which also eliminated an entire class of incoming police cadets.