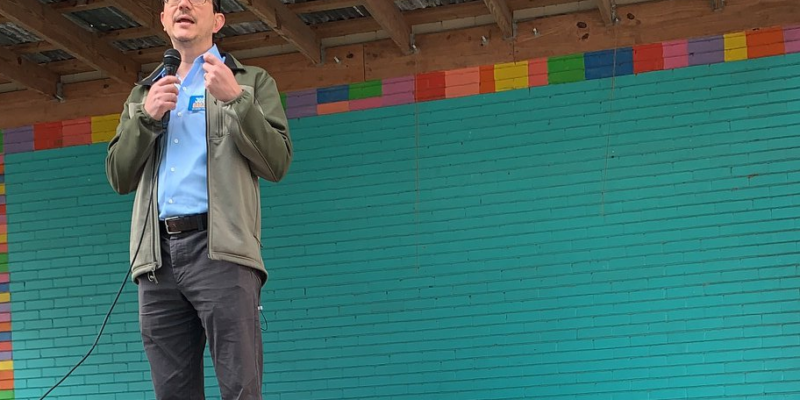 Criticism continues to mount regarding how Travis County District Attorney José Garza is running his office and prosecuting cases.

Garza, a hard-left Democrat elected during the 2020 presidential cycle during which liberal-progressive voters were out in full force, is facing allegations of denying defendants their constitutional due process according to Austin’s police union.

In a press statement from Austin Police Association (APA), “Brady notices” were filed by an assistant district attorney in two cases — “one involving a child victim of an aggravated sexual assault and the other a homicide,” according to APA President Ken Cassaday.

First, a little background on what a “Brady notice” means. Not to be confused with the anti-gun Brady Act, the required disclosure is named for the U.S. Supreme Court case Brady v. Maryland (1963). In Brady, the majority ruled that suppression, by the prosecution of evidence which may be favorable to a defendant who as requested to see it, is a violation of the Fourteenth Amendment’s protection of due process.

In other words, after Brady, prosecutors were expected to make known all evidence or other information that would prove the innocence of a defendant. It has become a difficult thing to enforce, but many states have passed their own laws to discourage or combat prosecutorial misconduct.

Back to the Travis County situation: Today, a request for an evidentiary hearing based upon prosecutorial misconduct was filed in the 147th District Court following the issuance of the Brady notices. The 147th District is presided by Judge Cliff Brown, a Democrat elected to the post in 2011.

“The magnitude of the inappropriate behavior at the Travis County District Attorney’s Office calls for immediate, transparent responses, and external reviews of the matters brought forward …” Cassaday said.

In addition, Cassaday said a police homicide detective was led to “alter/amend significant portions of his investigative presentation material prior to it being presented in a grand jury hearing.”

No statement has been issued by Garza or his office at the time of writing. Local left-leaning media have recently praised Garza for “transforming criminal justice” in Austin and greatly reducing bond amounts. Immediately after election, progressive publications were praising Democratic Socialists of America-endorsed Garza for “ending the drug war” by refusing to prosecute lower-level possession charges.

Garza’s office came under fire in May when an assistant D.A. solicited help to prosecute police officers.

Garza defeated a more-moderate Democrat in the form of incumbent Margaret Moore in the 2020 primary and runoff, and later bested conservative Republican challenger Martin Harry in the general election.

Below is the full statement from APA’s Cassaday.

The Austin Police Association was made aware of possible allegations of misconduct by Travis County District Attorney Jose Garza and members of his office. A Brady Notice was issued by Assistant District Attorney Ariane Flores for the case of The State of Texas v. Santos Penaloza-Enriquez, Cause No. D-1-DC-13-904069 and in another case, The State of Texas v. Daniel Perry, Cause No. D-1-DC-21-900007, a request for an evidentiary hearing based upon prosecutorial misconduct was filed today in the 147th Judicial Court in Travis County.

This article originally appeared in The Travis Tracker.
Interested in more news from Texas? We've got you covered! See More Texas News
Previous Article VIDEO: ANTIFA harasses Austin City Manager at home for not being leftist enough
Next Article BAYHAM: America 2021, From ICU To The Mental Ward