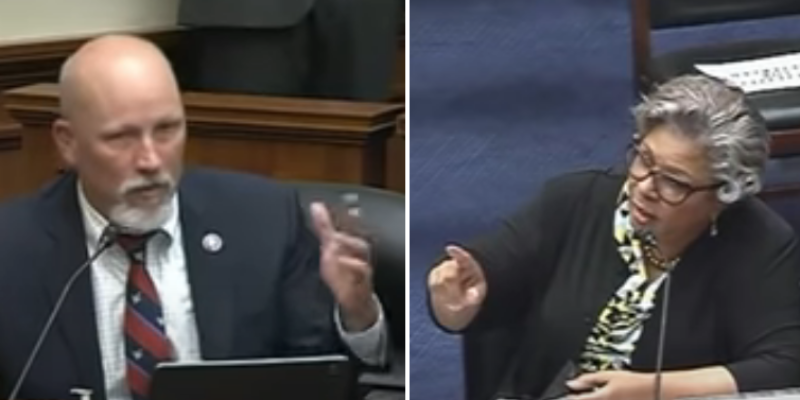 U.S. Rep. Chip Roy (R-Texas) warmly greeted his Lone Star State colleagues on Capitol Hill Thursday, but said he wished it was under a different circumstance.

The current circumstance, Roy explained, is that several of the runaway Texas House Democrats, who broke quorum in Austin to stop an election integrity bill thus grinding the summer special session to a halt, were there on Capitol Hill in Washington to discuss …

One of the witnesses during the U.S. House Subcommittee on Civil Rights and Civil Liberties hearing, longtime Democratic state Rep. Senfronia Thompson, spoke on what she consideres to be “restrictive” voting laws in her home state. Roy countered that the Republican-propsed reforms are “good-faith efforts” to ensure that votes are counted fairly and accurately. Texas Democrats, Roy said, responded by lobbying Washington to federalize election procedures.

“You are in fact violating Texas law by being here right now instead of being in Texas during legislative session,” Roy said, noting that arrest is an option for breaking quorum.

Fellow Democratic state Reps. Diego Bernal, Rafael Anchia, and Nicole Collier were among those present. Roy quizzed the absconding Democrats on why they want section 5 of the Voting Rights Act of 1965 returned, which requires Southern States and certain other jurisdictions to obtain “preclearance” by the Department of Justice to approve redistricting maps and approving election law changes. He asked the Texas Democrats present to answer several questions related to ballot security in the seven-minute exchange.

Texas House Speaker Dade Phelan has issued one warrant for arrest, for Democratic Rep. Philip Cortez — the only one out of the 50 who left — after he had returned to Austin to discuss business and left again.

“I’m not violating the law, I’m representing my constituents,” Thompson retorted, saying she’s ready to go if taken back to Austin by authorities.

Watch the exchange here via Forbes:

The entire subcommittee hearing may be viewed here.

Interested in more news from Texas? We've got you covered! See More Texas News
Previous Article Greg Abbott vs. Merrick Garland Is Worth Watching
Next Article BATISTE: Is COVID, Rather Than Violence, The Real Threat To New Orleans?