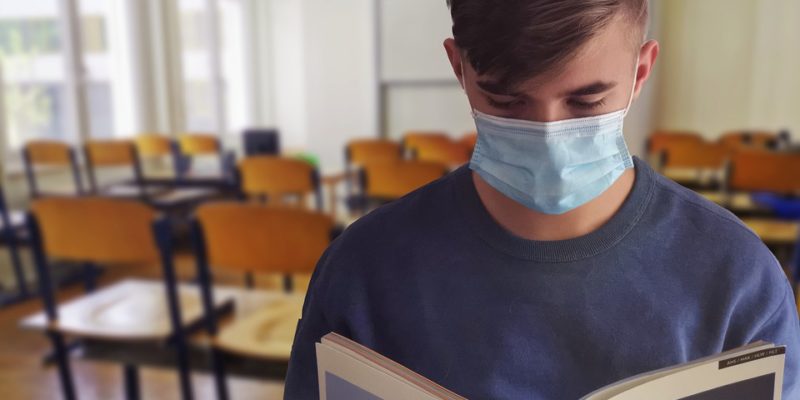 The result of Travis County Judge Jan Soifer‘s ruling: school districts teetering between allowing parents to make the decision or forcing students to mask up were tipped over to the mandate side this week.

Gov. Greg Abbott had made it quite clear: he will not issue any new mask mandates on the state level nor are political subdivisions of the state of Texas allowed to issue their own. See our analysis here and here.

Paxton, meanwhile, is at the chalkboard taking names of naughty school districts who are defying Abbott and going with Judge Soifer. He is asking Texans to report local entites who issue mask mandates at [email protected]

A wave of lawlessness is sweeping over #Texas.
I will stop it.

If your local governmental entity is continuing to impose a mask mandate or anything else prohibited by GA-38, please write us ➡️ [email protected]
Together we will keep Texas FREE AND OPEN! pic.twitter.com/LciNmGjNhp

Parents and taxpayers took to the streets in protest in at least one Central Texas school district. According to the Travis Tracker, as school districts gradually opened their doors for the 2021-22 semester, mask mandates were immediately ordered by the usual suspects, such as the Austin and Round Rock ISDs which lean left. Other Austin-area ISDs such as Leander, Pflugerville, and Lago Vista were reticient at first, with generally more conservative boards of trustees.
On Monday, Pflugerville joined the ranks of dissident local governments, followed by Leander ISD on Tuesday. In a matter of hours, roughly 50 protesters showed up outside the Leander ISD district headquarters early this morning in Old Town Leander (northwest of Austin), hoping to catch the eye of Superintendent Dr. Bruce Gearing. One poster featured a photo of Gearing accompanied by the word “resign.”
Paxton said in a press statement via Twitter:

“Governor Abbott’s executive order 38 is crystal clear, and the Texas Supreme Court agrees: No governmental entity — which includes counties, cities, and school districts — may require mandating the COVID-19 shot, the showing of vaccine passports, COVID-19-related limitations, or mask mandates. No government in Texas may impose a mask mandate. Yet too many local officials continue to violate this law. I will sue every single local entity and local official who does. And if they continue to disobey, I will pursue additional legal sanctions.”

Abbott and Paxton have each pointed to the Texas Supreme Court as the body that would decide the fate of the school district mandates.

Interested in more news from Texas? We've got you covered! See More Texas News
Previous Article LANDRY: A Win for Students During a Pandemic
Next Article It Seems Like The Saints Might Have Some Legal Exposure To Ticketholders…