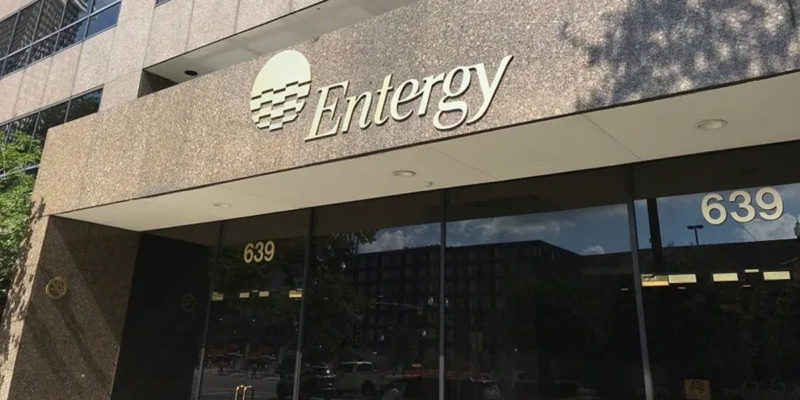 Yesterday, in something which is a far, far bigger deal than it’s going to be given credit by Louisiana’s idiotic legacy press, Entergy dropped a giant bomb on the New Orleans City Council and in particular that body’s woke socialist president Helena Moreno.

Hayride readers might recall our post, following Hurricane Ida when the storm had destroyed Entergy’s transmission infrastructure into the City of New Orleans, on Moreno’s shameless grandstanding.

Entergy lost all eight main transmission lines feeding power into the city of New Orleans thanks to the city being buffeted by hurricane-force winds for well more than 12 hours nonstop. It was going to be a massive job restoring power under those circumstances; Entergy spearheaded the deployment of some 25,000 utility linemen into New Orleans and southeastern Louisiana to get power restored, and the New Orleans area came back online faster than anyone expected.

Nobody is saying Entergy is perfect, but given the damage Hurricanes Laura and Ida did to the Lake Charles area last year and the southeastern part of the state this year any objective assessment would conclude they’ve accomplished some very difficult restoration projects quite effectively.

The City Council has been a thorn in Entergy’s side for years, with the major highlight being the Council having fought the utility over its desire to build a power plant in the Michoud area of New Orleans East. Entergy wanted to build something a lot bigger than they ended up doing, because of opposition from clownish environmental groups objecting to natural gas, which next to nuclear power offers the cleanest energy available without sacrificing reliability.

And to get what they managed, Entergy had to hire paid actors to shill in favor of the power plant at an open meeting of the City Council. Why did they do that? Because it’s what the opponents had been doing for years.

Naturally, the idiot legacy press dinged Entergy for playing by the rules of its adversaries. At that point, Entergy really should have made a show of moving its corporate headquarters, the last Fortune 500 company HQ left in the state, out of New Orleans; most of their business operations are run out of a building in Jefferson Parish the company owns.

But they held off. And then Moreno decided she would grandstand on Entergy’s backs as the company busted its collective rear to get the power back on.

Which might just have changed the calculus a bit. Entergy’s five-page press release yesterday reads as though they’re throwing up their hands and telling Moreno they’ll be happy to give her what she wants and making sure she chokes on it.

NEW ORLEANS – Entergy Corporation (NYSE: ETR) announced today that it is preparing to respond to the New Orleans City Council with four preliminary options for the future operation and ownership of its subsidiary, Entergy New Orleans, LLC. These preliminary options are in response to the Sept. 14 announcement by Helena Moreno, president of the Council of the City of New Orleans and chairperson of its Utility Committee, that she intends to propose a resolution to study the future ownership of the electric and gas operations in the City of New Orleans, including municipalization, or a city-owned and managed utility.

“Despite a comprehensive and dedicated restoration effort that saw the overwhelming majority of New Orleans customers’ power restored within a week after the strongest hurricane ever to hit our region, several members of the council have expressed their intent to introduce and support a process that could potentially have another entity own and operate electric and gas service in the city,” said Rod West, utility group president of Entergy Corporation. “We are positioned to support the City Council as they evaluate various options and prepared to move forward with whatever path the council chooses.”

“It is obvious that we have reached a critical juncture in our relationship with the City Council,” said West. “While we believe that the actions of Entergy New Orleans have always been in the best interest of our New Orleans customers, some members of the council have publicly expressed a different opinion. Certain proposed actions would prohibit ENO from recovering critical storm restoration costs and freeze funding mechanisms previously approved by the council, thus inflicting further financial decline on ENO and adversely impacting ENO’s ability to provide quality service to its customers.

“The New Orleans City Council and ENO have a long history of working together to find common ground on solutions for customers that solve complex problems and achieve important objectives to a sustainable energy future for New Orleans,” said West. “The council’s expected resolution will require it to make an important choice: will the city continue with Entergy as its energy partner or pursue another alternative?”

The City Council’s Utility Committee is expected to pass its resolution initiating an ownership study on Wednesday, Sept. 22, 2021.

Summarizing the above, Entergy is telling the City Council that it’s tired of being regulated by clownshow woke socialists like Moreno, and what it wants to do is roll Entergy New Orleans into Entergy Louisiana so that it can be regulated by the Louisiana Public Service Commission, which is arguably the single best-performing public agency in the state. But if the City Council doesn’t want to give up the power to regulate Entergy New Orleans, then it’s one of the other three options – because Entergy is telling the Council it’s done listening to Moreno’s BS.

And the second option, which is finding another utility company who’ll come in and buy Entergy New Orleans, you can forget. There are no buyers out there, because the word is out that New Orleans is a terrible power market – there are hardly any industrial power users of note left other than the Port of New Orleans, and even it doesn’t do the large-scale cold storage facilities lots of other ports do, you’ve got problems of weather to deal with, the city’s economy is shrinking and the result will be less power to be sold in the future, you’ve got to handle the headache of dealing with the New Orleans Sewerage & Water Board and their endless management and operational problems surrounding the functionality of their water pumps, and then there’s the regulatory nightmare the City Council presents which is worse than you’ll find in most of the country.

Nobody wants it, and Entergy knows that.

The third option is a standalone company, which is pretty much a non-starter as well because that requires somebody putting in the capital to buy Entergy out. That isn’t going to happen; it’s a minimum billion dollars’ worth of cash to finance that startup, and nobody’s going to put that up.

Meaning that the City Council’s other option is to buy Entergy out itself and take over as the electric utility provider the way the Sewerage & Water Board handles drinking water and drainage. Anybody see that working out well?

Without predicting which of those four options ends up getting a bite from the City Council, what’s obvious is Entergy is moving its headquarters out and refusing to be regulated by the City Council ever again.

Nobody can blame them. Dysfunction and stupidity are toxic to business.

UPDATE: And now we have Helena Moreno-as-scalded-dog to entertain us…

“I certainly wasn’t surprised by the way that the news release kind of leans into the probably the best option would be its regulated, that Entergy New Orleans is merged to Entergy Louisiana and then regulated by the PSC.The reason that I wasn’t surprised by this is that I’ve already heard from different business organizations and members of those organizations that Entergy execs have been making their rounds, kind of pitching that they would like to have different regulators other than the New Orleans City Council and I’ll say this I guess I don’t blame them because we have been really tough on them and holding them accountable when they don’t do right,” said Moreno.

She was asked whether she favored a sale of Entergy New Orleans.

“What I would favor is ensuring having a system that is reliable and fair to the ratepayers of this city. Whatever will accomplish that is at the end of the day what I favor,” said Moreno.

“The reason for the study is because we’ve had so many people come to us and say like what about competition what about have a non-profit come in and run it, what about whether it’s you know run by, it’s a public utility, run by the city? It’s so many different options, more options than what’s even listed in the Entergy news release; why not look at these options and see what’s workable and what’s not,” Moreno said.

Earlier in the day Moreno tweeted that the utility sent her its talking points on the issue by mistake.

“I was preparing to respond to the news release when my chief of staff walked in and he had a copy of what said news release draft and I said, well, I’ve already read, he said, oh no, keep flipping, so that’s when the rest of the pages were in there, as to kind of the plan leading up to our council meeting, kind of the strategy around it, all of the scripted answers to questions they could possibly get from the media.”

Moreno said she has plenty of questions of her own for Entergy officials who are expected to be at the Wednesday city council Utilities Committee meeting.

“At the end of the day, tomorrow I’m just going to focus again on the big issues, you know, what can, what can be done to really fair and reliable services for the people of this city and really we have to consider this region as well because the transmission failures that happened those are Entergy Louisiana transmission lines,” she said.

What an absolute joke. It’s an unusual thing to see a public utility seeking to fire its regulator, but when you’re Entergy and you’re stuck with a clueless addicted-to-microphones dilettante like Helena Moreno, it’s understandable.