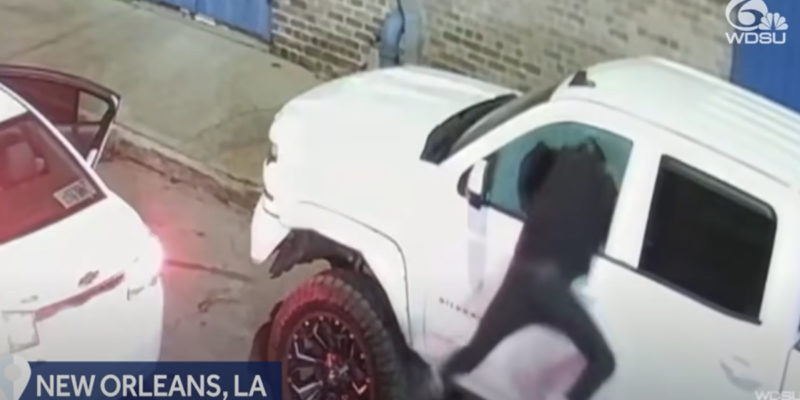 We didn’t do anything last week on the story about the revenge killing in New Orleans. Other things got in the way. But given the state of things in the Big Easy, we figured we’d shortly have an opportunity to reference it when another inevitable example of vigilantism surfaced.

So let’s quickly cover that one, in case you missed it…

Bokio Johnson’s attorney says it wasn’t vigilantism. But of course it was. The kid who murdered Caleb Johnson, or at least is alleged to have done so, managed to post a $375,000 bond and was released from prison before trial, and Bokio Johnson had no confidence the judicial system would effectively handle the case, so he took matters into his own hands.

At least that’s how it looks to everybody who’s paying attention.

Revenge killings in New Orleans are part of the landscape. You get those when you have a city with an undermanned and outgunned police force which isn’t capable of exercising the monopoly on violence the police must have to enforce law and order. There isn’t much law and order in New Orleans, and so you have Bokio Johnsons perpetuating the cycle of murder and reprisal on the streets.

And you almost can’t blame him.

But what else you have an astonishing and debilitating amount of in New Orleans is carjackings. Those are out of control, largely as a result of an unserious district attorney who treats them essentially as a nonviolent “crime of poverty.” That was repaid in spades last month in the horrific case of Linda Frickey, a Mid-City grandmother who was carjacked and murdered when the animals who attacked her ended up dragging her from her own car until her arm, which was caught in a seat belt, was literally ripped off her body and she bled out on a street.

We had noted that it was just a matter of time before someone decided, Charles Bronson-style, to ambush some car thieves in order to bring about law and order when the police weren’t capable of it. It took two weeks for that to pan out.

Of course, the downside to booby-trapping your truck with a flash-bang grenade is that it actually makes carjacking a safer criminal vocation than just breaking into a car.

Brandon Batt isn’t having charges pressed against him, but it wouldn’t be a surprise if he was somehow canceled. The last victim of a car break-in who made news in Louisiana lost her job and professional status for having used a nasty name against the criminal who victimized her.

But the vigilantism on display in New Orleans is only going to continue and increase. It’s only a matter of time before it gets organized. We’ve said we’re surprised New Orleans isn’t policed by neighborhood militias the way Baghdad is.

We’ll give it six months.