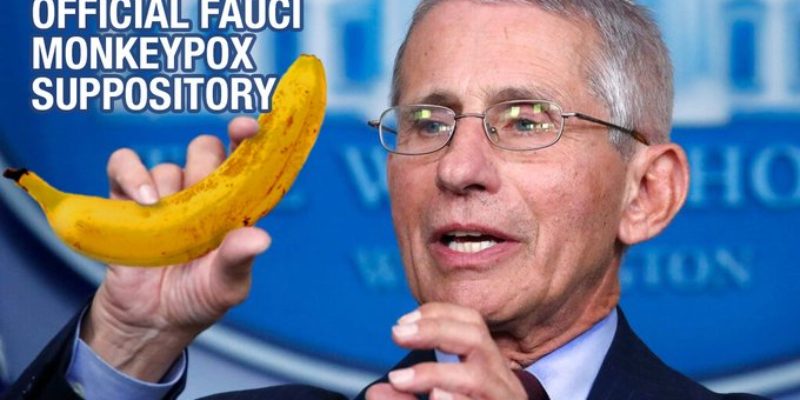 The best laid plans of monkeys and mules often go awry, especially when the monkeypox is unleashed.

On Friday we ran a piece on the World Health Assembly this week, where a Pandemic Treaty is absolutely on the table. Just in the nick of time, of course, word of the monkeypox spread is making its way around the airwaves.

The WHO is already guaranteeing people worldwide that “there will be more cases.”

Did you know that the COVID-19 Vaccine AstraZeneca contains “recombinant, replication-deficient chimpanzee adenovirus”?

Just wondering. It could mean nothing.

There is also a telling video titled “War Game Document Reveals Monkeypox Scenario Created LAST YEAR” going around. Let’s see how long it can escape Big Brother’s wrath on YouTube. Here is that war game document in full and a photo of one key page below : 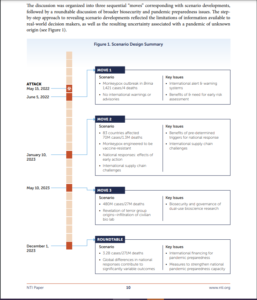 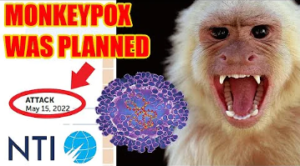 Did you know that the FDA approved the first live, non-replicating vaccine to prevent smallpox and monkeypox in–.

Again again again, notice the dates. All of this planning and plotting was done with COVID as well.

This is the same monkeypox that has been around, no big deal, for years. For decades. Yet according to the mainstream media, there has already been a “super-spreader event” at a European pride festival. Twitter is trending, sometimes in a derogatory way, with the hashtag #monkeypoxalypse.

#Monkeypoxalypse this time around, it’s not the elderly but the alphabet community https://t.co/8fyYG5F0Tn

On one online political forum, one poster asked, “Are people really going to fall for another fake a** pandemic?” In the midst of a whole lot of affirmatives and true reasons for those affirmatives was a simple yet all-powerful one-word answer.

No, we are not sure if the monkeypox will evolve into anything like the COVID plandemic, but the truth of the matter, even at this early stage of the game, is that media headlines are running with it. Belgium has begun implementation of quarantine and the U.S. is already ordering $119 million worth of vaccines.

It seems we may very well be in store for more fear-driven gobbledygook that all too many people will fall for. Again.

Joe Biden has scaled back concern about the outbreak to a degree, but he has also said, “We have had this monkeypox in large numbers in the past. We have vaccines to take care of it.”

“We’re working on it hard to figure out what we do and what vaccine, if any, might be available for it,” he added.

Monkeypox was first discovered in 1958 among a group of monkeys that were kept for research, but the first human case was recorded in 1970.

Within recent years, there have been several flare ups of the disease, several of them in the UK. Two cases were reported in the US in 2021.

New South Wales, Australia Health Chief Dr. Kerry Chant seems a little baffled as to why a monkeypox outbreak would be worse than previous ones.

We don’t know for certain where this story will go, but we can tell that the western mainstream media seems to be setting something up. The imprints are there already. Will there be an “outbreak” blamed on Russia? Will said outbreak bring back a mail-in voting party like it’s 2020 all over again, just in time for the most important midterm elections in U.S. history? All signs are pointing to a Trump-backed, revitalized Republican Party landslide, and the Dems will need more than 2000 Mules to steal the election this time.

We believe that if the monkeypox is the next “thing” the mainstream media uses to push a potential WHO agenda rife with lockdowns and mandatory vaccines, that enough of the citizenry has been awakened to the truth of the darkness working in our federal and world institutions to save us. We believe that a time of great American revolution and revival is upon us. We believe more people will fight the machine this time.

We also believe, however, that there are many people out there who will never escape the chains of mass formation psychosis, a term we think was coined by master polymath Gustave le Bon (1841-1931), one of the seminal analysts of crowd psychology. Some people will always believe the latest and greatest “thing” being peddled to us. That will never change.

The important thing is that we ambush this issue, before it even becomes an issue, so that people willing to fight the right fight will indeed beat the swamp creatures at their own game. Stay alert and spread this message far and wide.

There are people fighting for us, yes, but ultimately, it has to be We the People who must be vigilant in saving our country.