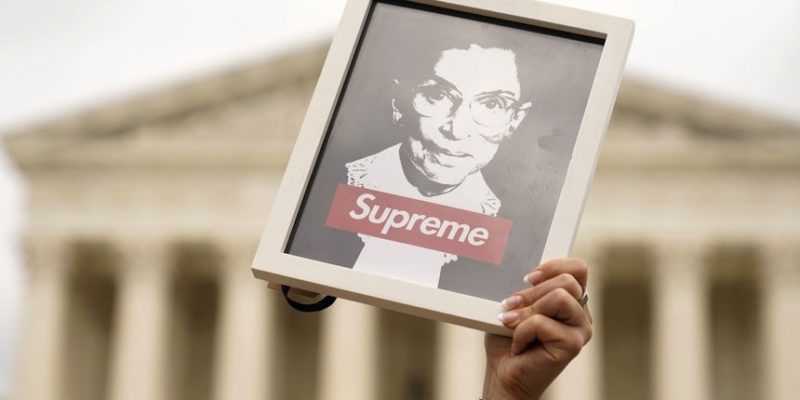 Ruthless Bader Ginsburg was exactly that in her life as a Supreme Court justice, and her spirit is living on.

By the way, even the late Ginsberg had misgivings about Roe v Wade based on constitutional issues and wording.

A pro-choice group called Ruth Sent Us, named after the late liberal justice, has been challenging its followers to fight back against what they call “six extremist Catholics” on the Supreme Court and protest at Catholic masses tomorrow, Mother’s Day.

The group has pinned on its page the following tweet, which perfectly illustrates how the left purposely confuses the argument by pretending that the Court is making this a moral issue, and not a Constitutional issue as they truly are.

Dear SCOTUS, she speaks for the majority of America. Listen up. #RoeVWade #Theocracy pic.twitter.com/nEd4IssRKn

What a sweetheart. She doesn’t care about a Christian’s “God-damned religion,” she says. As if the Bible and the Christian religion is the primary reason for the potential overturning of Roe in the first place. Again, even Ginsberg agreed that the case was tenuous at best. From Newsweek:

In a much-quoted lecture she gave at New York University in 1992, Ginsburg noted how Roe was an example of how “Doctrinal limbs too swiftly shaped…may prove unstable.”

Ginsburg was in essence disagreeing with Roe‘s base argument that the right to abortion was based on the privacy of a woman with her doctor, and not a violation of equal protection as guaranteed by the Constitution.

But the point here is that, since this is a Supreme Court issue, this is less a moral concern of the Court and more a Constitutional one. That is what folks like Ruth Sent Us and the anchorwoman above would have us forget.

Here is what the group is urging its followers to do:

“Whether you’re a ‘Catholic for Choice,’ ex-Catholic, of other or no faith, recognize that six extremist Catholics set out to overturn Roe. Stand at or in a local Catholic Church Sun May 8. #WarOnWomen #MothersDayStrike.”

Another point is that the “six extremist Catholics” point is not only a strawman argument, but it is also just flat wrong. From FoxNews.com:

Contrary to Ruth Sent Us, the justices who voted to overturn Roe were not “six extremist Catholics.” While Justices Alito, Clarence Thomas, Brett Kavanaugh and Amy Coney Barrett are Catholic, Neil Gorsuch, the ostensible fifth vote, is Episcopalian. Roberts and Justice Sonia Sotomayor are also Catholic, though they reportedly did not vote to overturn Roe. Justices Stephen Breyer and Elena Kagan are Jewish, while incoming Justice Ketanji Brown Jackson is a nondenominational Protestant.

Whether or not these people will do anything like this in certain regions of the country is debatable. Still, keep your head on a swivel if you’re going to church this weekend. It is people like this that may very well be the extreme and ruthless ones to worry about. And above all, pray that nothing truly terrible happens anywhere in our country. 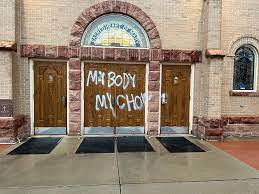 Interested in more national news? We've got you covered! See More National News
Previous Article Elon Musk Is Helping Us See the Darkness Others Would Have Us Forget
Next Article “They Thought We’d Never Find Out. They Were Wrong.”