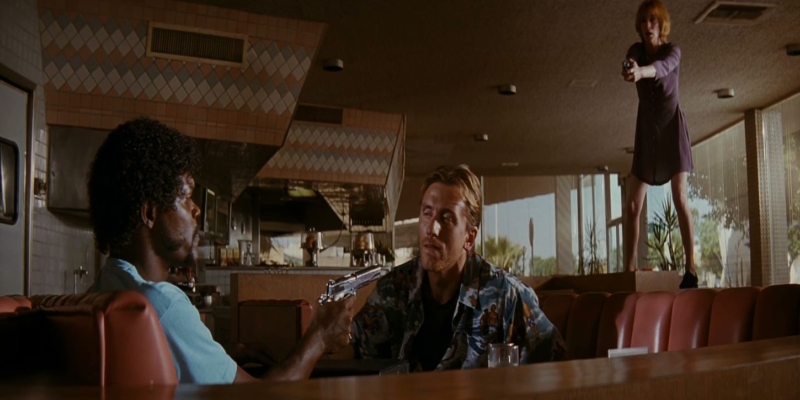 What in Reagan’s half a loaf is going on with the GOP?

With unprecedented victory practically in its grasp by the end of campaign cycle 2022, Republicans in many quarters seem more interested in fighting one another than pushing their Democratic counterparts into third party status. Leave it to the “stupid party” to look that gift horse in the mouth.

From the city of George Washington to Georgetown, Texas, Republican leaders are becoming less interested in taking criticism from the ranks and for the sake of the team and are more interested in rooting out any and all disagreement lest they be embarrassed in front of their liberal peers (or scare away the ever-elusive swing voters).

As a notable example, we read with chagrin today as Majority Leader U.S. Rep. Kevin McCarthy was caught pontificating on whether to invoke the Twenty-Fifth Amendment to remove President Donald Trump from office two days after the Capital break-in on Three Kings Day/Orthodox Christmas 2021 (sorry — not going to type the date, which Democrat strategists are trying their hardest to drill into the American psyche as an infamous occasion).

Just weeks before, Leader McCarthy said in the same exposé that U.S. Reps. Matt Gaetz of Florida and Mo Brooks of Alabama were “too dangerous” to serve in Congress due to their actions regarding the January 2021 protest. For example, Brooks dared to give a speech at the rally to make sure every vote was legally counted, and Gaetz took to television to criticize numerous Republicans who had criticized Trump, most notably U.S. Rep. Liz Cheney of Wyoming who has herself been known to criticize core Republican platform principles. “Dangerous,” indeed.

Lower-ranking Reps criticizing House leadership is one thing. But when the Minority Leader — whose job it is to corral every Republican vote possible plus a few Democrats in order to pass or block legislation in the lower chamber — engages in this kind of behavior, it results in nothing short of a party schism that reaches down to the grassroots.

(To his credit, McCarthy stopped short of supporting Democratic schemes to punish the likes of U.S. Reps. Marjorie Taylor Greene of Georgia and Paul Gosar of Arizona for what amounts to unsportsmanlike conduct.)

A local problem, too

Before you dismiss this circular firing squad as a Beltway problem, let’s turn the focus to Georgetown, Texas, seat of Williamson County, for a reality check.

“WillCo” is one of three main counties in the Austin, Texas, metro area. Once a glowing red enclave for those wishing to escape the radical Left agenda of their famously weird neighbors to the south, Williamson County found itself trending purple during the Trump years with a gain of two Democrat state legislators. As Austin’s urban footprint expands, Democratic strategists are banking on it turning deep blue. Inevitability, after all, is their schtick.

WillCo is another scenario in which all Republican and conservative swing voter hands are required on deck. And, sadly, another situation in which the Grand Ol’ Party is on a purification drive — and just weeks before two key local elections.

The established leadership of the party has its own club, the Williamson County Republican Leaders (WCRL), which endorses candidates. The club garnered some raised eyebrows across the Lone Star State when state Railroad Commissioner hopeful Sarah Stogner noted that she was expelled and her dues were returned. Stogner, though not a resident of the county, was kind enough to pay her dues when she came to visit and join a club not local to her.

Hey Williamson County GOP – I take standards, values, and ethics VERY seriously. Why are you revoking my membership and banning me from meetings!? Is Wayne banned too for taking bribes? pic.twitter.com/xOD5E9yZfh

Stogner is opposing Republican incumbent Wayne Christian in the May 24 Texas Republican Primary Runoff. The reason for her WCRL dismissal: she posed semi-nude on an oil field pumpjack for publicity.

Stogner retaliated with a surprise follow up visit to WCRL in which she mocked local party stalwarts and posted the footage to TikTok. Christian was the guest speaker at that meeting.

‘Swamp doing what it does best’

Others removed from membership were not nearly as provocative. Mayoral candidate Claudia Chavez in neighboring Cedar Park not only had her membership revoked but a recommendation for endorsement withdrawn. According to Chavez, the charges were for comments made and actions taken … at a meeting she said she never attended.

From Chavez’s Facebook profile, in which she describes a “wave of attacks:”

“On March 23rd, I received an email from the WilCo Republican Leaders (WCRL), image attached. Interestingly, I was not at that meeting on January 17th. Yes, you read that correctly. The WCRL falsely accused me of causing a ruckus, and I wasn’t even there. No wonder why they wanted to keep the hearing a secret. …

“[…] This is not about holding Republicans accountable but is the Williamson County political swamp doing what it does best.”

In Chavez’s dismissal letter, WCRL said it was removing members of the club they found to “have become unruly, disruptive, nasty, embarrassing, and outright unproductive.”

WCRL accused Chavez of attempting to remove Williamson County Republican Chairman Steve Armbruster from consideration for endorsement on Jan. 17 and embarrassing him in front of statewide officials:

“This action against a fellow Republican in the presence of three Texas Supreme Court Justices and at a new location brought discredit to herself [and WCRL]. These actions are rooted in gross contempt of [WCRL’s] mission and were in a mean/vindictive manner that was self-serving to her radical political ideology, which is not compatible with being a constructive member of this organization.”

Chavez denied in the Facebook response that her ideology is radical. As a counter-balance, she noted the club has stood behind at least two members of the Democratic Party. In another Facebook post:

Incumbent Kirkland is opposed by Collin Klein for Place 2 on the Cedar Park City Council. No WCRL endorsement could be found at the time of writing. Chavez is running on a slate with Klein.

Chavez’s opponent Guevara, she said, has donated in the past to Kirkland. Guevara, in his campaign literature, highlights his municipal law background experience to help him “keep Cedar Park and [sic] economic driver with low taxes, limited government, and thorough transparency.”

“Eric Boyce was on the WCRL endorsement ballot after campaigning for ‘Indivisible Progressives’ and ‘Democrat Socialists of America.’ Eric received the 2020 endorsement from the WCRL, won his 2020 election, drove down to the Republican Headquarters, and announced he was campaigning for [mayoral candidate and Democrat] Jim Penniman-Morin …”

Boyce is opposed by Chavez’s husband and slate partner Dorian Chavez for Place 4 on the Cedar Park Council. Boyce is Penniman-Morin’s campaign treasurer.

Chavez pointed out that in her membership revocation email, the WCRL mission statement may contain a hidden clause:

“WCRL Mission Statement (in my email notice of having my membership revoked): The mission of the Williamson County Republican Leader’s remains steadfast; however, it’s essential that organizations remain fluid and proactively and reactively pivot to the ever-changing landscapes of the world.”

“The WillCo GOP, with the help of the WCRL, is now clearly proven to be purging Christian and Conservative patriots,” Chavez added. “After all, we are the ones who refuse to waver in ‘the world’s ever-changing landscape.'”

Fellow activist Marcia Watson was also removed by WCRL, per a comment on Chavez’s post: “I am one that also got ‘expelled’ from the Williamson County Leaders Group for Standing Up, Showing Up, and Speaking Up against our County Chairman’s inappropriate support of a known ProChoice Democrat candidate posing and running as a Republican RINO over a solid Hard Republican Christian Woman running in the same race!”

The Hayride could not locate a complete list of membership revocations.

Regardless of what one considers to be a RINO (Republican In Name Only) or a “true conservative” aside, there’s the simple matter of party fidelity to be considered. Sometimes these reverse-McCarthyists (e.g. Joseph McCarthy, that is, not Kevin) are not loyal to the GOP at all but crave some sort of middle ground of fiscal moderation and social liberalism.

Exhibit A of that: The mayor of Austin suburb Leander was within recent memory WCRL vice president of communications. Mayor Christine DeLisle (formerly Sederquist) described herself as “a former professional organizer. Her business and political experience, along with her upbringing as a Millennial Republican in California shape her worldview.”

Fast-forward to 2022, when Mayor DeLisle posted via her personal Facebook Page:

“Primaries are bullshit. Political parties are bullshit:” This from one of the beneficiaries of Republican affiliation (DeLisle also served as county GOP convention secretary in 2020).

Sara DeGroff, DeLisle’s endorsee, is a “lifelong Democrat” and a former member of the state Democratic executive committee and district director for far-left Rep. Bucy.

To some degree, Chavez might agree about party affiliation not being as important as principle. But if the strategy is to win over left-leaning voters by sweeping certain elements of conservatism under the rug, that should be made clear, she noted.

“In the end, I really don’t care how anyone identifies politically,” Chavez said via Facebook, “but if you are running for office, be honest about who you are and what you stand for. The people have the right to know.”

Interested in more news from Texas? We've got you covered! See More Texas News
Previous Article VIDEO: Steve Scalise On Maria Bartiromo’s Show, About, Well…Everything
Next Article Elon Musk Is Helping Us See the Darkness Others Would Have Us Forget