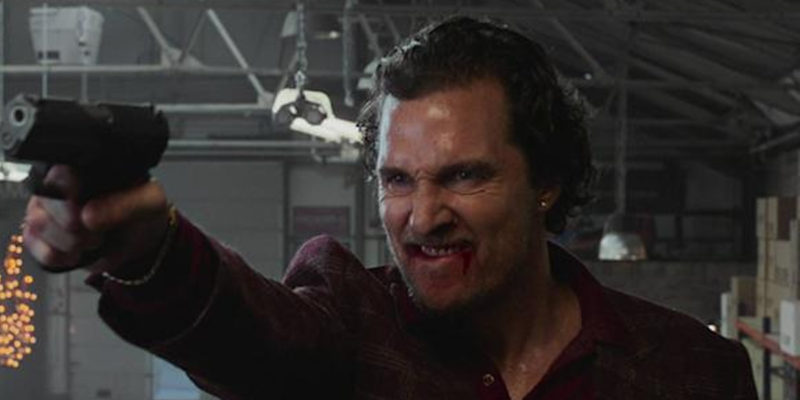 Matthew McConaughey seems like a decent fellow, but he doesn’t know any more about these issues than I do, or than that obnoxious guy at the end of the bar does.

Most Hollywood actors are significantly less educated than the public at large. They’re cast in movies and TV shows based on how they look. You can be functionally retarded and make millions of dollars as a Hollywood actor.

And many of the most activist Hollywood types got where they are in the business because…let’s just say they were “morally compromised.”

Which is not to say that applies to McConaughey.

But Matthew McConaughey has been paid to appear in 11 films carrying a gun no less than 18 times during his career. So I’m not interested in hearing him demand that I give up my Second Amendment rights or to have them infringed upon by a government which (1) is intensely disrespectful of my other rights and (2) is entirely incapable, and willingly so, to assume the responsibility for my safety it advertises itself as the guardian of.

In this day and age we need more Americans trained and capable in the use of firearms, not less. We need more guns in the hands of the populace.

Because we can’t all hire armed security like Matthew McConaughey can. And like all of these Hollywood celebrities and other members of our garbage elite who preen and pontificate about how terrible guns are. They’ve all got people protecting them who carry firearms.

So I propose a rule – if you want to run your mouth about the necessity of Americans allowing this government to chip away at our Second Amendment rights, then before you do that you should agree not to have any guns on your person, in your house or on the person of any security people you have in your employ, for 90 days. Depend solely on the police to guard you against stalkers, creepers and crooks for 90 days, and then you’re qualified to tell me what I can and can’t do with a gun.

I’ll bet damned few of these people would submit to that, so I’m not going to submit to their demands.

And Republican politicians who cave to the demands of the gun-grabbing ghouls don’t deserve re-election.

Interested in more national news? We've got you covered! See More National News
Previous Article MARSH MAN MASSON: THIS Was The Key To Our Great Catch!
Next Article Kennedy: Biden’s Inflation Is “Gutting Us Like A Fish”