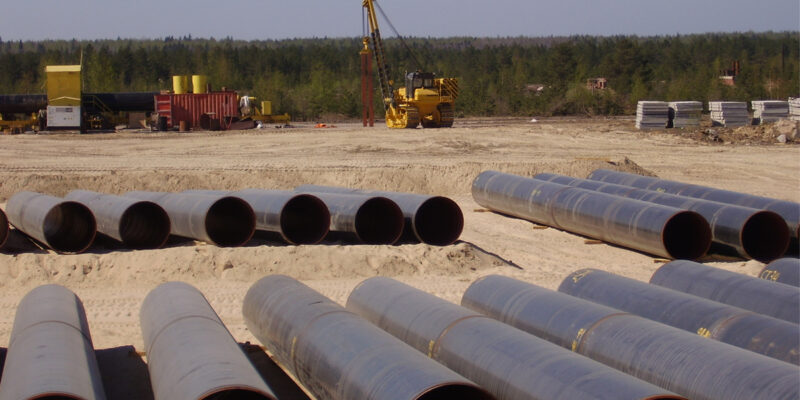 Thomas Jefferson called the seventeenth century political philosopher John Locke one of the “three greatest men who ever lived.” Locke said that “whenever legislators endeavor to take away and destroy the property of the people, or reduce them to slavery under arbitrary power, they put themselves into a state of war with the people.”

The timelessness of Locke’s stark warning is affirmed by Louisiana Senate Bill 353 authored by Republican Senator Sharon Hewitt. In fairness, Hewitt has both authored and supported some good bills that have served Louisiana citizens well. SB 353 is not among them. It is a hideous piece of legislation that eviscerates the rights of Louisiana landowners under the thinnest of legal and environmental pretexts and allows multi-billion-dollar energy companies to get richer.

Hewitt, Representative Buddy Mincey, whose presence on the House Natural Resources Committee helped the Bill pass out of Committee, and every other Louisiana lawmaker who facilitated this obscene legislative injustice should be forced to sit across from affected Louisiana property owners and justify it.

The constitutionally recognized doctrine of eminent domain authorizes the government, under certain circumstances, to buy private property for fair market value when such purchase facilitates a clear public benefit such as transportation, water supply, or other vital public infrastructure. Most Americans recognize the validity of the doctrine when fairly exercised.

But SB 353 passes no such test of public use. Rather, the Bill confers on “Any domestic or foreign corporation…” the power to expropriate the private property of Louisiana landowners so that energy companies can construct massive industrial pipelines that transport and store “captured” carbon dioxide emissions produced from oil and natural gas refineries. Hewitt claims, without proof, that the “public benefit” conferred by the practice is that the capture, transport, and storage of carbon dioxide before it can be released into the atmosphere protects the environment from anthropogenic (man-made) climate change.

The environmental ogre in the attic ignored by Hewitt, Mincey, and their legislative colleagues is that carbon capture technology has not been proven to work.

It is uncertain how much carbon is actually captured by carbon sequestration facilities, and carbon sequestration is itself a dirty, energy-intensive process that likely negates its potential positive environmental effects. There were also no concerns expressed by lawmakers about the very real danger of pipeline rupture or the devastating effect that would have on the environment as well as on the health and welfare of surrounding communities. This failure alone cannot be overstated considering a carbon dioxide pipeline ruptured in rural Mississippi only a week before Hewitt filed her Bill, causing 50 people to be hospitalized.

And, of course, no legislator raised any questions about whether there exists any scientifically proven correlation between human activity and climate change, a proposition that an increasing number of reputable scientists flatly reject and which, if false, renders the entire carbon capture enterprise a profligate waste of time, effort, and federal (taxpayer) money.

Speaking of taxpayer money, it is serendipitous that Hewitt’s bill was well-timed to allow domestic and foreign energy companies to get their hands on some of the $12 billion appropriated in Joe Biden’s Green New Deal for carbon capture and utilization projects nationwide. A mere coincidence of course.

Perhaps the most deeply troubling aspect of SB 353 is that by expressly authorizing powerful energy companies to invoke eminent domain, it creates a statutory presumption in favor of expropriation, which in turn will force Louisiana landowners to initiate costly and enormously stressful legal challenges against the richest corporations in the world in order to (maybe) prove their right to keep rapacious energy companies off their property.

At a time when the basic rights of Americans have never been under greater assault, SB 353 emboldens that assault through an egregious abuse of eminent domain. Louisiana landowners are now faced with a choice between the hammer and the anvil. They can either acquiesce in a gross, legislatively sanctioned violation of their core ownership rights, or challenge that violation at enormous personal cost, and with no guarantee of success.

Locke was right. There is nothing that more cleanly ruptures the relationship between citizens and the legislators who represent them than when those legislators place themselves at war with the citizens they are sworn to protect by stripping them of their property without just cause and with little recourse.

Well, maybe there is one thing, and that is when they do so in order to financially enrich their powerful friends and politically enrich themselves.