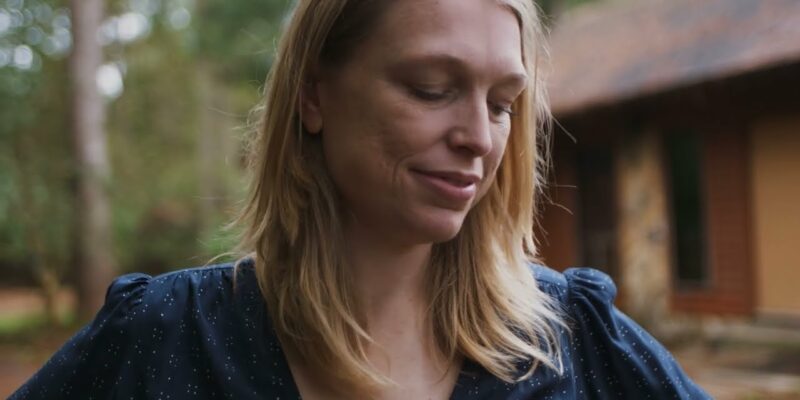 This is probably the most pro-life state in America, as our readers know, and you win zero major elections in Louisiana by touting the “right” to kill an infant in the womb.

Even among Democrats a pro-abortion stance is chancy. After all, the author of many of Louisiana’s abortion ban laws was Katrina Jackson, a black Democrat state senator from Monroe. Jackson is nobody’s conservative, but she’s serious about being pro-life. And there’s the governor, John Bel Edwards, who says he’s pro-life – though his actions indicate he’s pro-life only to the point where he doesn’t fight the pro-lifers. Edwards doesn’t lead on the issue, but then again he doesn’t lead on any issue other than COVID lockdowns.

Still, here and there you’ve got some hard-core pro-abortion Democrats, and given that it’s election season they’ve come out of the woodwork.

Meet Katie Darling – yep, that’s her real name – who’s running against Steve Scalise for the 1st District congressional seat. She isn’t going to win, but she managed some notoriety for this ad…

There’s a bit of dissonance going on here that makes us more than a bit uncomfortable.

First of all, it’s a little bit generous to call it an unsupported argument when Darling suggests an abortion ban somehow puts pregnant women’s lives at risk. Exactly how does it do that? There are medical exceptions to the ban, after all. So telling that lie is a bad look.

And second, does anybody else see it as horrifically narcissistic that you’re filming your pregnancy and giving birth for a campaign commercial? Maybe that’s just how things are now, fine, but the first we saw of this was when it was shared by a friend living in the district who described it as “gross.”

We don’t know if we’d call it by that name, but it just seems like that’s a cherished memory which ought to be for family and friends and not strangers on the web or TV. Using it in a commercial is…unusual.

And having a kid while talking about wanting the right to kill a kid?

We thought it was weird when Edwards ran campaign commercials talking about how pro-life he was that he refused to kill his own kids with an abortion. This is even weirder than that.

Maybe we just don’t understand the thought processes of the pro-abortion crowd. To us, it all comes down to the fact that they want to use sex as entertainment and don’t want the consequences, and all the arguments flow from that which makes most of them glaringly fraudulent and brittle as hell.

But hey, perhaps we’re missing something.

Darling isn’t the only one out there pushing a pro-abort message. In New Orleans, where Royce Duplessis and Mandie Landry are scuffling over Karen Carter Peterson’s vacated state senate seat, there’s a battle over who hates the unborn the most.

Notice how these guys bring up their kids who were not aborted in order to push for abortion? We do. It’s a bit strange.

In the ad, Duplessis’ mother tells the story of an ancestor who attempted an abortion with a coat hanger over a century ago; the woman survived the abortion, but later died by suicide.

“The women of Louisiana today have no more control over their bodies than my great-grandmother had over hers,” Duplessis said. “And because of that, there will be more trauma, violence and grief. I’m running for Senate to change that.”

He’s working awfully hard. That said, he still loses to Landry, who’s officially Louisiana’s Abortion Barbie. Here’s what she had to say when Dobbs came down…

So Mandie Landry is the Louisiana legislature’s foremost backer of prostitution. She wants to make it legal in the state, but she’s concerned that women are going to hurt themselves thanks to the abortion ban.

But she’s not concerned about women hurting themselves by engaging in sex work? Seems like that does a whole lot more damage to one’s soul – and one’s body, for that matter – than bringing a child into the world.

But none of this stuff matches up to Gary Chambers’ abortion ad. You remember this gem, right?

As we said when it came out, the ad isn’t even really about abortion. It’s just a cynical ploy to trail in campaign donations from white leftist women…

Is it a disgusting ad? Of course it is. Is it dishonest? Absolutely. The idea that making abortion illegal will lead to more abortions is asinine given the more than 50 million lives snuffed out before they were born since Roe v. Wade was decided.

What else is gross about this is the cynicism. OF COURSE it’s a white girl in the ad who gets butchered and dies. Because Gary Chambers thinks, or maybe he knows, we’ll give him credit for probably being right about this, that the AWFL’s (Affluent White Female Leftists) who fund the abortion industry and its favorite Democrat candidates are generally racist as hell and wouldn’t get hit as hard in the feels if the victim in the ad was black.

And you probably also notice that it’s a black guy who botches the abortion and kills the white girl, then runs off.

Chambers knows black voters will notice that as well. It’s a bit of an inside joke he’s making with black voters.

Because of course the abortion industry that he’s trolling for dollars from commonly sites its butcher shops in black neighborhoods and does abortions mostly on black women. Not to mention that industry, and Planned Parenthood specifically, was founded by a genocidal racist in Margaret Sanger who openly preached about limiting the population of “undesirable” blacks.

Chambers, who holds himself out as the biggest booster of black folks in Louisiana, probably ought to be bitter about that history. But this isn’t about that. This is about the grift. This is about refueling that gravy train he’s been riding so it doesn’t die on the tracks before November.

The cynicism on the abortion issue isn’t restricted to Chambers. Democrats have always been cynical about that issue; they started out on abortion because they wanted to hold down the number of poor blacks in America in the spirit of eugenics, but realized after Adolf Hitler took that idea to its logical conclusion that it wasn’t good politics. So they dropped that, and airbrushed it out of their Margaret Sanger fan-love, and then it was about all the money that Planned Parenthood pumps into the party coffers.

Which is where it sits today, and everybody knows it. There are literal terrorists out there firebombing care pregnancy centers, which provide all the services Planned Parenthood does except for the fact they actually support and encourage pregnant women to have their kids and either raise them or give them up for adoption, and nobody in the Democrat Party cares – meanwhile, the FBI can effectively run a SWAT raid into the home of a pro-life sidewalk counselor in one of the most blatant abuses of civil rights the nation has ever seen and these guys cheer.

The only way you get that is that these people are bought and paid for by the abortion industry. If they honestly wanted a real debate and a solution you wouldn’t see the tacit support for the brutality currently happening across the country.

So instead we get cynicism, narcissism and pandering.

Chambers and Darling are going to lose, and badly. One of the two between Duplessis and Landry will replace Peterson in the Senate and be irrelevant on this issue.

Because Louisiana is one of the most pro-life states in the union, and none of their weak arguments will make a dent in that.

Interested in more national news? We've got you covered! See More National News
Previous Article HURD: Louisiana Is Taxing Itself Into Extinction, And It Has To Stop
Next Article BREAKING: Jeff Landry Is In For The 2023 Governor’s Race