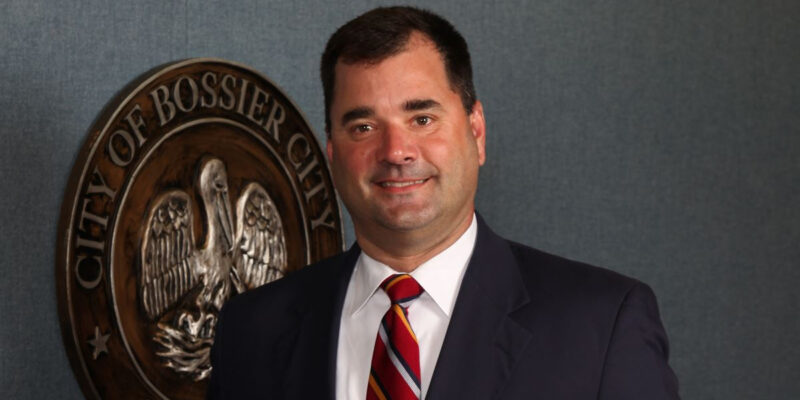 If you live in Bossier Parish, make yourself at home at Republican Bossier City Councilor David Montgomery’s residence, his office building very near where the Walter O. Bigby Carriageway will terminate, or at his four acres off Swan Lake Road. After all, you and your fellow citizens paid for them by putting nearly $2.8 million in his pocket since 2008.

Montgomery by far has received more money for doing business – selling insurance – with political subdivisions than any other current member of the City Council, personal disclosure forms filed with the state reveal. New members Republicans Chris Smith and Brian Hammons from 2020 haven’t received a cent, nor have the grayer beards of Democrat Bubba Williams since 2008 and Republican Jeff Free from 2012. Williams, like Montgomery and no party Jeff Darby, all of whom had served on the Council prior to 2008, has no public information about their finances reported before then because that was when the state instituted new ethics laws mandating this recording.

Only newcomer Republican Vince Maggio, who since 2020 has made through his grocery store about $12,000 in lottery sales commissions, and Darby, whose total received through contracts by his counseling firm over the years (last in 2018) with state corrections comes up just over a half million dollars, have any income from political subdivisions other that salaries and per diem payments for their public service. Notably, these came from the state, with Maggio’s an automatic byproduct and Darby’s competing with other providers statewide. (For his part, GOP Mayor Tommy Chandler reported no income from other political subdivisions in 2020-21.)

This is problematic. By way of example as to how it can affect taxpayers, he received just under $80,000 from the Sheriff’s Office just for last year. The 2023 budget proposes $25,200 to go to “traffic control officers” employed by the BPSO, which not only duplicates functions performed by city police but also appears unnecessary, as city police have been handling that for two months already into this school year without incident. Throwing a councilor almost $80,000 in business might make him more amenable to seeing some taxpayer money flows back to BPSO employees.

And by way of a non-pecuniary example, the city appoints Walt Bigby, Jr. to Cypress Black Bayou’s governing commission, providing an incentive for an $11,000 payment last year going to a councilor who helped make him a commissioner. CBB makes land use decisions potentially affecting the city and collects taxes from city residents. For an example of both, note that the Port had appointed by the Council to its governing board Bigby and former Bossier Parish Administrator and Police Juror Bill Altimus, and is in line to receive $12,500 in financing in the Council budget; the Port, which paid Montgomery/his firm nearly $60,000 last year, has similar taxing and land use powers affecting the city and its citizens.

These relationships aren’t illegal (only his doing business directly with the city is), but consider if Montgomery weren’t a councilor and so deeply involved in politics around the parish whether he would get grooved all this business. Maybe he’s the world’s greatest insurance salesman, but more likely the amount of business he receives from political subdivisions over which his decisions as a councilor impact their operations directly relates to his elected office, giving him a leg up for enrichment by virtue of filling that office.

Bossier City, as in so many other ways, can do better. The city should pass an ordinance disallowing any councilor from doing business with any entity, public or private, over which it provides funds and/or determines its governance; if it so happens that votes of this nature occur subsequent to a contract, then the councilor would recuse himself on that and afterwards be ineligible to accept a contract from the entity for the next two years. That would cost councilors potential income, but those who volunteer themselves for this job of serving the public should expect to sacrifice in some way, with shutting off possible sources of income part of that deal. It’s not a job through which anybody should leverage to become a multi-millionaire.