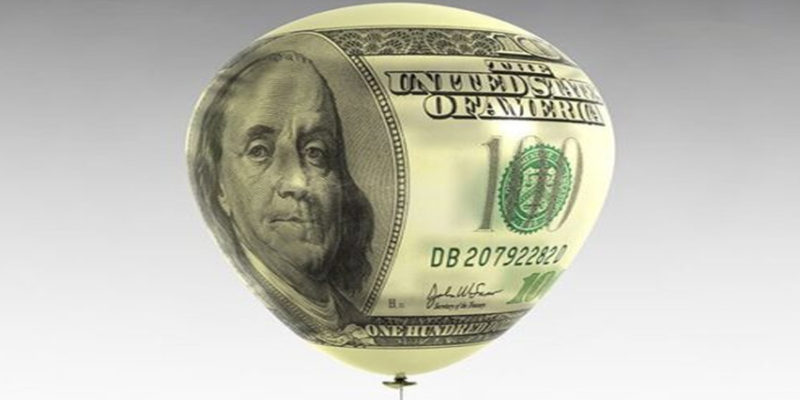 After two years of one-party rule in Washington, the Democrats’ main achievements are historically high inflation and a looming economic recession. The Democrats’ reckless tax-and-spend agenda is directly responsible for the higher prices you’re paying at the grocery store and gas pump.

For the last two years, Democrats have prioritized their special interests and campaign donors over Pennsylvanians by ramming through trillions of dollars of handouts that encouraged people not to work and drove our economy into crisis.

For example, in March 2021, Democrats passed a partisan $1.9 trillion spending bill while falsely labeling it as COVID relief. In reality, it was a massive giveaway to their liberal allies, who kept their states and cities locked down at the expense of our kids and small businesses. Zero Republicans voted for this legislation.

In August 2022, Democrats passed the so-called “Inflation Reduction Act,” which they claimed would lower inflation but really just raised taxes and spent more money. The University of Pennsylvania’s Wharton School of Business found that the legislation’s impact on inflation is “expected to be statistically indistinguishable from zero.”

On top of this, at the end of August, President Biden circumvented Congress and declared that his administration would forgive more than $400 billion in student loan debt. Democrats want to force responsible Americans who repaid their loans or did not attend college to subsidize those that didn’t make the same choice. Canceling student loans for millions of borrowers on the backs of working-class taxpayers is wrong and un-American. This will cause inflation to skyrocket even more. Democrats truly just don’t get it.

Here’s the good news: Republicans have a plan to reverse the economic damage done by Democrats. Our “Commitment to America” will bring fiscal discipline and commonsense back to Congress.

American families and businesses are struggling. We know that we need to get inflation under control.

One obvious way to alleviate the pain is to stop the Biden Administration’s war on American energy production and give families access to affordable, reliable energy.

The spike in gas prices and household energy costs account for nearly one-third of the increase in inflation over the past two years.

Our “Commitment to America” calls for President Biden to stop begging foreign countries for oil. Instead, he should pursue an all-of-the-above energy strategy that unleashes natural gas, nuclear power, and petroleum that we can harness here in states like Louisiana and Pennsylvania.

Democrats, like President Biden and Lt. Governor John Fetterman, want to kill good-paying energy jobs that do not align with their extreme climate agenda.

In 2016, during his first run for the U.S. Senate, Fetterman called fracking a “stain” on Pennsylvania and said, “If we did things right in this state, we wouldn’t have fracking.” In 2018, Fetterman stated, “I don’t support fracking at all, and I never have.”

Democrats’ support for a fracking ban would kill more than 600,000 jobs and take $261 billion out of Pennsylvania’s economy.

Democrats are out of touch. They are doubling down on their far-left economic and climate policies and don’t seem to care about the impact on American families. You deserve better.

Republicans are laser-focused on fixing the issues that are hurting you and your families. In 2023, Republicans will start putting families and workers first again so you can afford to put food on the table and gas in your cars.

Interested in more national news? We've got you covered! See More National News
Previous Article The Lies And Gaslighting Are Piling Up, Even In Louisiana
Next Article CROUERE: Democrats Scramble To Distract From The Economy