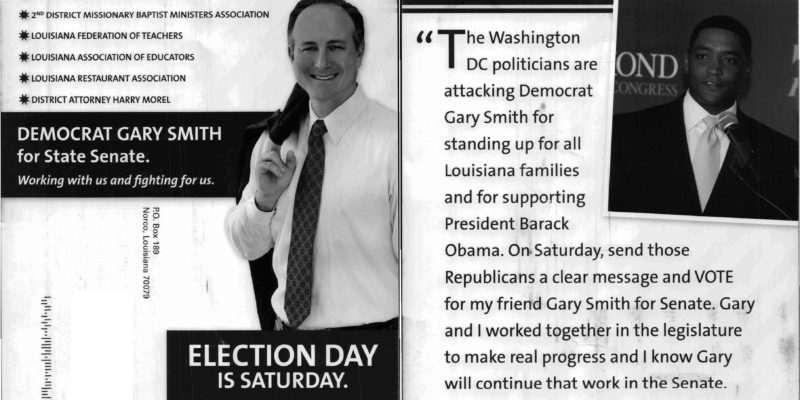 It does appear that state Rep. Gary Smith, who’s running for a Senate seat in St. Charles Parish-based District 19 against Republican businessman Garrett Monti, is a versatile guy.

For most of the campaign Smith, a Democrat with a middling voting record and a FEMA trailer problem, has been touting his cooperation with Gov. Bobby Jindal, a Republican who has actually endorsed Monti, in mail pieces and TV spots. That was something of a flop as a strategy.

Now, with Election Day less than 24 hours away, Smith seems to be targeting a different demographic with a different message altogether. 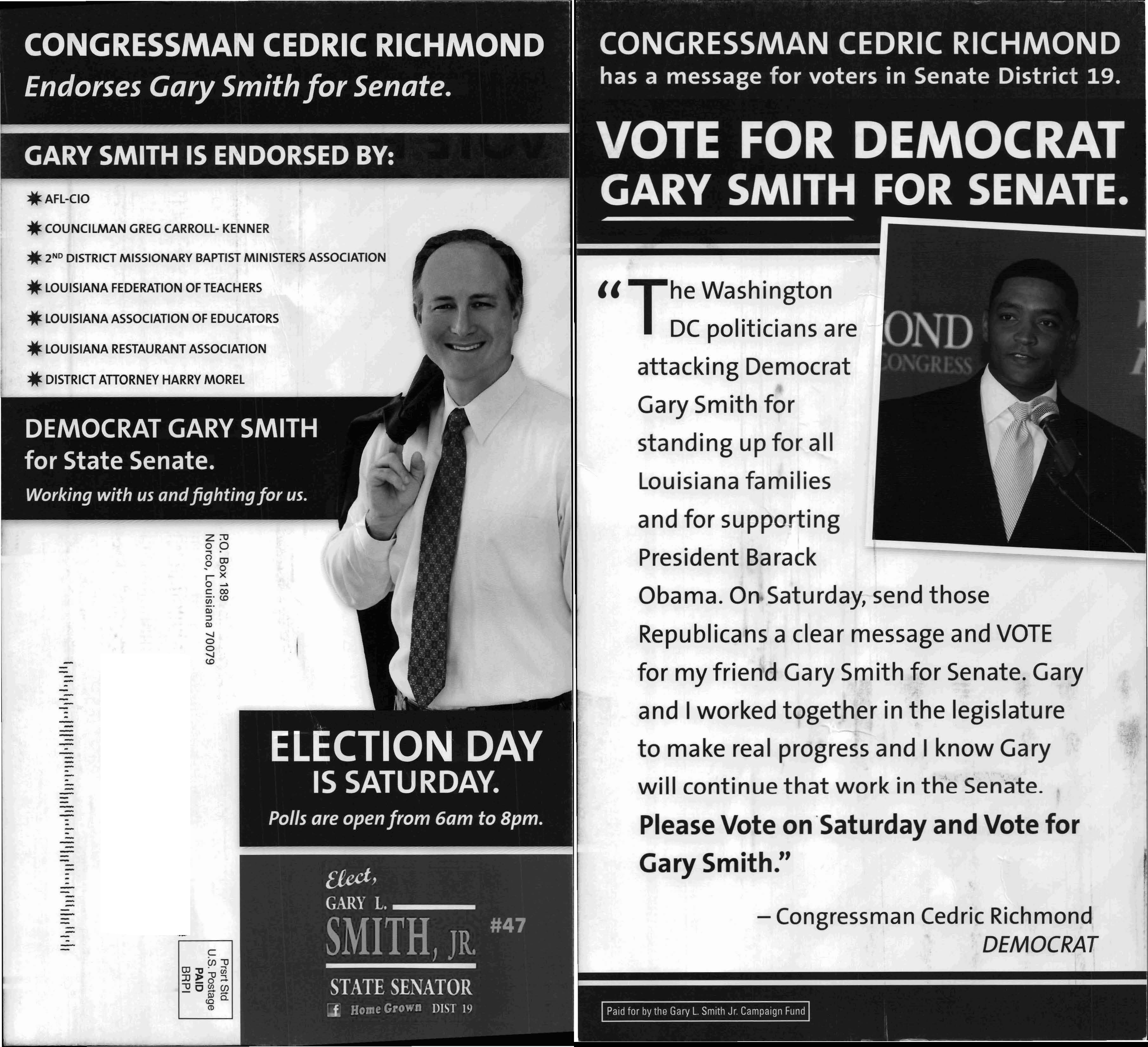 It’s interesting that Smith would switch gears in such a pronounced fashion. Earlier this year in a special election for a seat in Southwest Louisiana with a not-dissimilar profile, Republican Jonathan Perry wiped out a well-funded challenger in Nathan Granger simply by noting that Granger’s campaign manager was a Democrat operative who had done a lot of work in the Obama campaign in 2008. That mail piece on Perry’s behalf turned the race.

Smith is running his own mail piece tying himself to Barack Obama. The Monti camp is ecstatic and wants to reproduce the thing and drop thousands of copies out of helicopters all over the district.

Interested in more national news? We've got you covered! See More National News
Previous Article These Guys Aren’t All That Smart
Next Article Looks Like Nungesser Is Pushing The Black Vote In The Lt. Governor’s Race