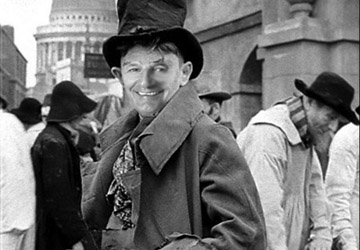 The problem with elected officials is they believe their actions and associations are theirs alone and as such are secure from inspection by their constituencies. Mr. Ben Nevers is an elected Louisiana official. He stepped into the spotlight when he asked the people of his district to elect him. It wasn’t by an overwhelming mandate denoting the entirety of his constituency. He participated in open elections.

Mr. Nevers addresses the confidentiality of his communications with his constituents. He pleads for the confidentiality he believes is violated by the Public Records request. He mentions those discussions and how some concern constituent family members being in prisons and so forth. He alleges he’d do nothing to dishonor the Senate he so proudly serves. He holds his incumbency up for scrutiny in a position right behind his marriage and the births of his children and grandchildren.

That’s nice. But, it has no value other than to keep the audience looking one way while he actually moves in another direction. That movement would be toward the area of concealment and in the shadows of the peoples’ right to know what’s going on in their government.

Some politicians believe they have no accountability. It seems as soon as they’re elected they see themselves as above all others and outside the jurisdiction of the law because they have a say in the enactment of laws. It seems there’s a sense of entitlement at the top of the ladder as much as is seen near the bottom of society looking to succeed with help from the public dole.

The Press and Political commentators believe their responsibility is to direct attention to what’s being done by politicians. They look at the elected person’s actions with a jaundiced eye based on the fact many elected officials have gone outside the law. But, more importantly, they’ve gone away from representing their constituencies to feather already well-stuffed nests. These news gatherers, or aggregators of differing opinions, work to tell the people of a state what goes on behind the scenes. In this effort they take a serious look at politicians’ actions away from the floor of the legislature. They look at the benefits and detriments to the constituency. Then, they look at the legislator’s benefits and detriments.

The toughest question asked of job applicants is: what about you do you feel is your worst fault?

If you’ve ever watched somebody asked that question you’ll probably see a look of severe confusion, then maybe you’ll hear a halting statement denoting the fact they “work too hard at times”. (At least that’s what I said when asked.) That’s called being ARTFUL or crafty and devious because it really says nothing substantive about a character issue needing definition.

Mr. Nevers is involved in doing the people’s work. “The people” needs to be understood as separate groups. First, you have the district constituency, those people directly involved in the election of the legislator. Secondly, you have the state constituency over which the legislator will have a certain responsibility to act for by voting on legislation affecting the entire state.

It’s only when an elected official takes a stand of artful dodging to conceal his/her representation of a third constituency. This  could be a special interest group, carrying a degree of influence deserving, demanding and commanding scrutiny of the legislator. No person on this earth is without the ability to act from a position of artifice. Politicians want to be noted for their integrity and their honorable efforts. Therefore it’s almost comical to see them take umbrage to being asked to prove their integrity by acting without artifice. They forget they work by negotiation, mediation and with the determination to get their way with their colleagues. That requires the stealth of a hunter, the determination of a warrior and the job specific avarice to accomplish the most for his constituents. That means somewhere along the line some principle will be sold out.

It’s when that avarice of the game is used for the special interest constituency; the general constituency may be ridden over in a roughshod manner.

That’s why the request was made, Mr. Nevers.