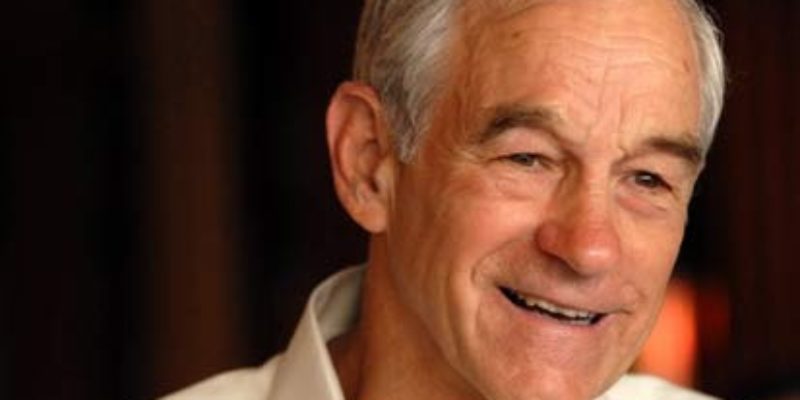 Ron Paul essentially ended his run for the presidency today and by doing so the libertarian Republican is waving goodbye to the seat he has held in Texas’s 14th congressional district since 1997.

Paul announced  that he would no longer compete for delegates in states where primary elections haven’t already taken place and since he decided last year not to run for another congressional term to concentrate on the presidency, he will soon be headed back home to Texas.

“As I reflect on our 2012 Presidential campaign, I am humbled by the supporters who have worked so hard and sacrificed so much.  And I am so proud of what we have accomplished.  We will not stop until we have restored what once made America the greatest country in human history.

“This campaign fought hard and won electoral success that the talking heads and pundits never thought possible.  But, this campaign is also about more than just the 2012 election.  It has been part of a quest I began 40 years ago and that so many have joined.  It is about the campaign for Liberty, which has taken a tremendous leap forward in this election and will continue to grow stronger in the future until we finally win.

“Our campaign will continue to work in the state convention process.  We will continue to take leadership positions, win delegates, and carry a strong message to the Republican National Convention that Liberty is the way of the future.

“Moving forward, however, we will no longer spend resources campaigning in primaries in states that have not yet voted.  Doing so with any hope of success would take many tens of millions of dollars we simply do not have.  I encourage all supporters of Liberty to make sure you get to the polls and make your voices heard, particularly in the local, state, and Congressional elections, where so many defenders of Freedom are fighting and need your support.

“I hope all supporters of Liberty will remain deeply involved – become delegates, win office, and take leadership positions.  I will be right there with you.  In the coming days, my campaign leadership will lay out to you our delegate strategy and what you can do to help, so please stay tuned.

Paul was never going to be president and I suspect never really wanted to be president. Running for the presidency–which he did twice as a Republican and once as the Libertarian Party’s nominee in 1988—gave him a platform for his view on limited government and to speak out in opposition to U.S. monetary and foreign policy that he disagreed with to win support for his stance on these issues.

He accomplished this, I believe, far beyond his wildest expectations as he garnered an army of followers that contributed to his campaign and continue to populate Internet message boards to keep his ideas alive in political discussion throughout the 2012 presidential campaign.

I can recall a conversation that I had with a 20-something voter a while back  about the need to get rid of the Federal Reserve. Think that conversation would ever have happened without Ron Paul running for president? Not likely. 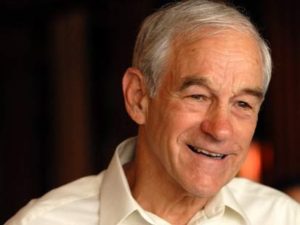 I’m sure that some will question the wisdom Paul bowing out at this time, with Republican primaries coming up that he most likely would have done well in, as he did here in the Louisiana caucuses last month by walking away with the lion’s share of delegates.

Texas, Paul’s home state, will hold it’s primary election will be on May 29 and California, a state brimming with Paulites, will have it’s primary on June 5.

Before either of those contests, however, there is a Kentucky primary election on May 22. Paul’s son, Rand, is a U.S. Senator from the Kentucky and the chance that he might under perform there had to give him pause.

Better for Paul get out now than risk dimming the light, even slightly, of the torch he is passing on to his son.

At this point, Paul has earned himself a spot at the Republican National Convention and a cadre of supporters who will eagerly  take up his cause. Attitudes are changing in this country, particularly among younger voters who have glommed on this old white guy’s message of limited government—that’s not a bad thing.

That’s quite a change among a group that Democrats have traditionally counted on to bring them into office and Paul, in part, is responsible.

There will be some hold-outs who will insist that Paul run third-party, but that isn’t going to happen. he wouldn’t risk burdening his son with the sins of the father should such a move give Obama a second term, even though recent polls suggest that he would take more votes away from Obama.

I haven’t always agreed with Paul, but I have always appreciated his tenacity and willingness to stand against his own party when he believed they were in the wrong. That’s refreshing and I hope there will be more than a few Republicans who might have taken issue with some of his stances that aren’t too proud to give him a respectful tip of the hat as Paul rides into the sunset of his political career.