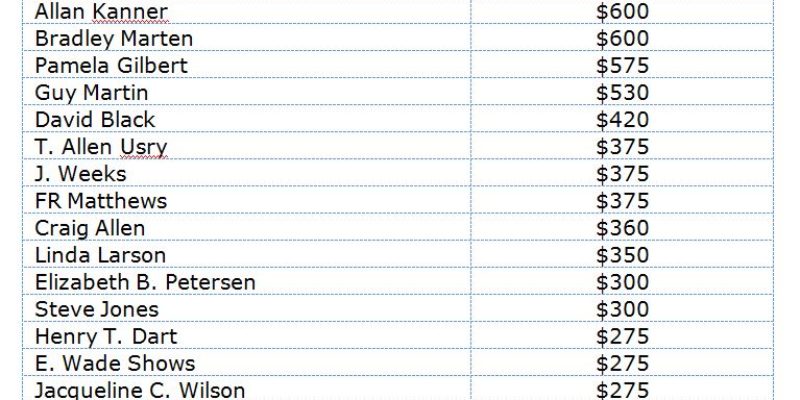 The WWL Piece On Buddy Caldwell You Simply Won’t Believe

As we’ve reported, Attorney General Buddy Caldwell is using legally suspect contingency fee contracts to retain outside attorneys in dozens of cases, despite the fact that those arrangements run counter to the will of the Louisiana Legislature and contradict a majority opinion issued by the Louisiana Supreme Court. But the gravy train of lucrative contracts doesn’t end there.

Caldwell has also hired dozens of outside attorneys to represent the state on an hourly basis, but he often pays them hourly rates that far exceed the maximum fee schedule established by his own office.

For example, the maximum rate for attorneys with 10 or more years of experience is $175/ hour, yet, despite this rate cap, numerous contracts maintained by the AG allow attorneys to be paid two and three times this amount—with one attorney at the firm Orrick, Herrington, Sutcliffe, LLP, charging the state $840/ hour.  Here are a few others that stand out: 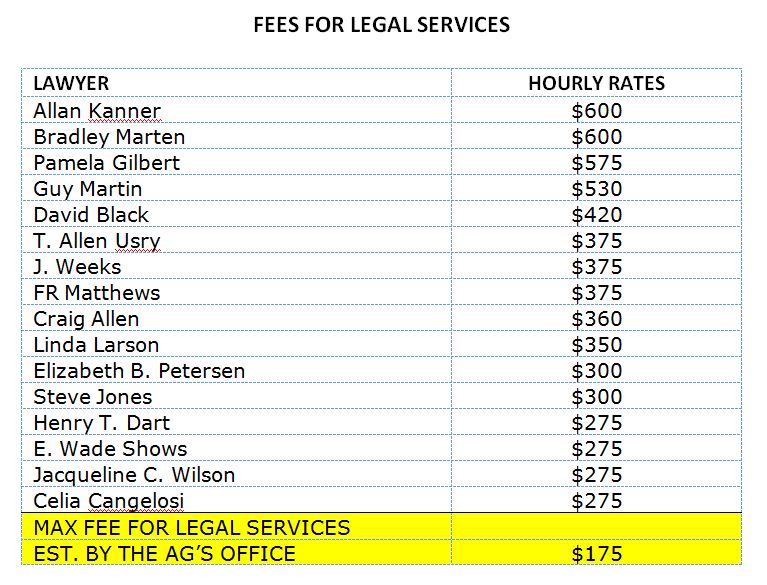 Some would argue these rates are necessary to retain the best and brightest attorneys to represent the state’s interests.  But the cozy relationship between AG Caldwell and many of the attorney’s he’s hired calls that logic into question.

According to campaign finance reports, 12 different firms who have contracts with the Attorney General’s office have collectively given more than $227,000 to Caldwell’s campaign since 2007.

The small group of contributors associated with this firm also loaned Caldwell’s campaign $40,000 in the final days leading up to his primary election win in 2007.  At the time, Caldwell was locked in a tight 3-way race against fellow Republican challenger Royal Alexander and incumbent AG Charles Foti.  With help from his biggest supporters, Caldwell went on to beat Alexander in the run-off and take over the AG’s office.

Since winning the election and taking office, Caldwell has not forgotten about the help he received from his biggest supporters.  In fact, through dozens of generous state contracts, they have benefited significantly.

T. Allen Usry, a lead partner with the firm Usry, Weeks & Matthews in New Orleans, served as Caldwell’s campaign manager. This firm now has 11 different contracts with the AG’s office worth at least $7 million.

When confronted by the allegations of hiring those who have close ties to his political campaigns, Caldwell responded, “I just gotta do things my way.  I’m from a small town and you gotta know people, and you know if you’ve had contact with them if they’ve got a certain skill set.”

This response doesn’t exactly inspire confidence. The Attorney General has a sworn duty to protect and serve the people of Louisiana.  The people he hires to help carry out that duty should be selected based on their experience and expertise—not their political connections. And their fees should be based on reasonable hourly rates – not the Powerball paydays emanating from the Buddy System.

Louisiana has made strides in strengthening ethics rules for public officials in recent years, but when situations such as this come to light, we are reminded that we still have a long way to go.

Interested in more news from Louisiana? We've got you covered! See More Louisiana News
Previous Article SADOW: Another Stupid Vote In The House, This Time On College Tuition
Next Article SADOW: The Implications Of The Community College Capital Outlay Bill