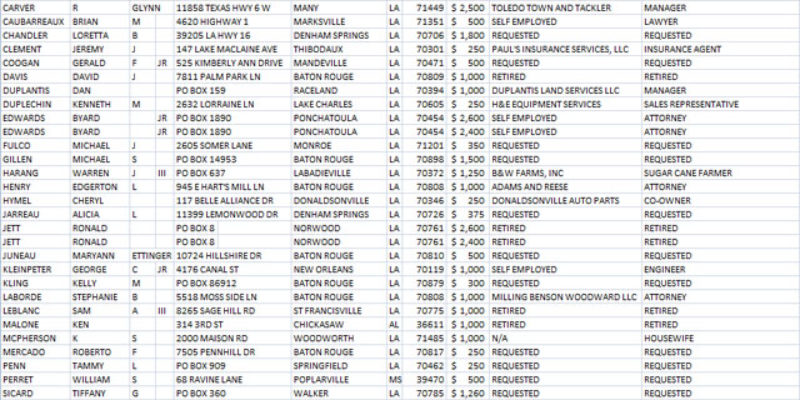 As our readers know, it’s a promise of ours here at the Hayride to inform our readers of the identities of the people who think it’s a good idea to financially support a congressional run by a convicted felon who spent the better part of a decade in prison for public corruption. We’ve given the names, locations and amounts of those donors who preferred to donate money toward putting Edwin Edwards in Congress rather than to use those funds to support wounded veterans, the homeless, victims of child leukemia, breast cancer research or any of the other worthy causes out there.

We disclosed those donors from the first quarter here, and the second quarter here. And below you’ll find the list of donors to Edwards’ campaign from July 1 to August 2.

We’re going to repeat our rationale for doing so: it is one thing to vote for Edwin Edwards. If that’s what you want to do, it’s your business. We work off a secret ballot in this country and we at the hayride honor and respect that fact. But donating money to a candidate is not the same thing. That is an open statement of support which constitutes public speech, and as we said above it also indicates you find it more important to push a particular candidate than to give that money to charity.

So because it’s a matter of public record, we’re publicizing the list of Edwards’ donors. If you know any of these people and you want to communicate with them about their choices, please do so in a civil fashion. 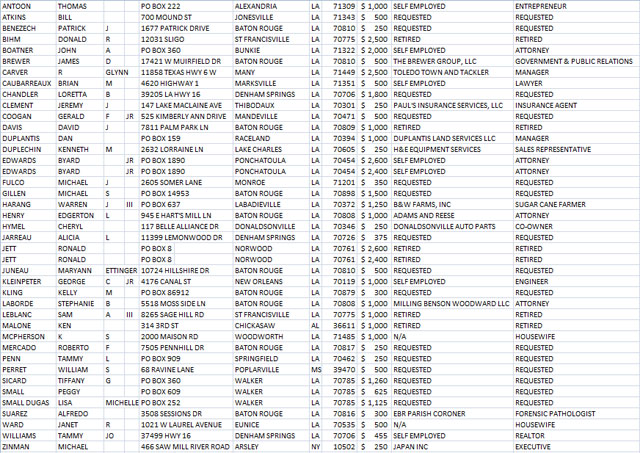