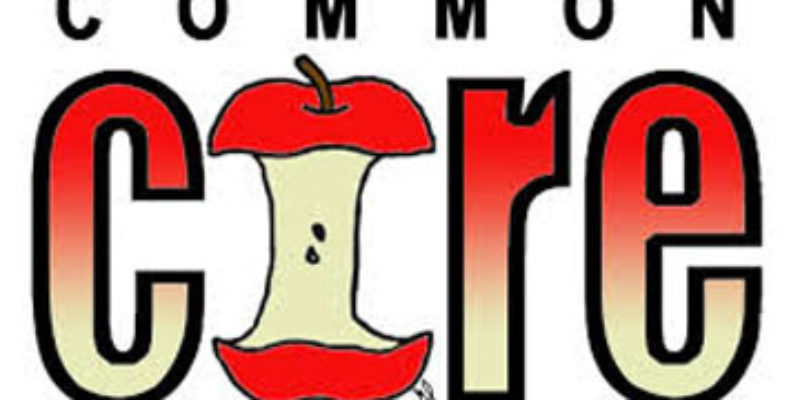 “The 2nd Annual MENA Common Core Conference will provide professional development to American curriculum schools in the region on effectively employing Common Core State Standards (CCSS) in the classroom. Our mission is to unite for one common goal: To be the most successful schools and teachers for our students while implementing CCSS.

On October 24 and 25, hundreds of schools, leadership teams, and teachers from across the region will gather in Dubai, to learn about the Common Core State Standards, share curricula and best practices, and network with each other. The event will unite administrators, teachers, and schools around improving teaching and learning for all of our students.”

Please note this conference is being conducted in Dubai, United Arab Emirates. That location is NOT three miles past Ville Platte and make a left. It’s in the Middle East. That would “sorta, kinda” put the lie to the idea Common Core is controllable locally (here in America) generally and in Louisiana specifically. It’s sponsored by multi-billion dollar industry giants to control education around the world. Bill Gates of Microsoft® fame is spearheading this in America along with other corporate giants extant in Washington D.C.

About two weeks ago a couple of education bloggers noticed an ad for a Common Core Conference scheduled for Oct 24-25 in Dubai UAE.  The purpose of the conference, sponsored by Common Core Middle East and North Africa was to discuss the implementation of Common Core in the United States. They decided to start digging.

In 2002 the US Department of Education helped set up a NGO (Non-Governmental Organization) with the help of Bill Gates, Steve Jobs, 2 defense contractors and one teachers’ union to promote Global Learning.  The NGO is now closely affiliated with the United States Chamber of Commerce and the Council of Chief State School Officers who are part owners of the Common Core Copyright. In fact all three are in the same Washington D.C. office building, located at 1 Massachusetts Ave. This is right around the corner from the National Governors Association which owns the other half of the Common Core copyright.  In turn it’s noted one of the major “heaven and earth” moving politicos pushing the Common Core program is Jeb Bush who has received $5.4 million dollars to champion the cause. Jeb’s father George H.W. Bush was a champion of closer links to the United Nations and the UNESCO operations.

In 2004 Bill Gates signed a contract with the UN to help develop a plan for Global education. This document is available in PDF form at:

The links go back directly to the organizations involved proving to anyone this isn’t tin foil hat stuff.  And that our government has been less than truthful when they say Common Core is state led. Besides Common Core Middle East and North Africa we also found Common Core is being implemented in Asia.

There’s a history here needs exploration. Robert Shepherd is a participant authority in the field of education publishing and has years of experience developing curriculum and textbooks. He notes in his monograph: The Remarkable But True Tale of the Birth of Common Core.

Traditionally publishing was an arduous art. This correspondent spend many dollars typing, editing, re-writing, editing some more and then developing a final draft of commentaries, articles and both short and long stories to be offered to publishers. Imagine the delight of writers the world over to find word processors could edit with a key touch and heal the broken thoughts so often the travail of any writer. It’s a matter of getting the right word in the right place. Mark Twain said it best: “The difference between the right word and the almost right word is the difference between lightning and a lightning bug.”

Therefore it was to the delight of such for moguls such as Bill Gates to determine that the relative cost differential between pen, paper, ink and postage was absolutely immense when compared to the cost of millions of “digitally inseminated and born” pixels on a readily erasable LED screen. From this he extrapolated the idea of becoming involved in education. His programs developed at Microsoft ® would develop the flagship programs used in the computers school children world-wide would need to power their educations. Steve Jobs of Apple® was also enlisted because Apple® would produce the computer hardware readily adaptable to Microsoft® programs. Because Microsoft® is the foundational platform of the majority of computers to be selected from the final result would be literally in the BILLIONS of dollars worldwide.

From this the idea emerged: how do we manufacture and develop this brave new world of computer driven education? The answer was apparent: create the computer-adaptive software keyed to student responses in proprietarily developed data bases they alone could access. No open source computer programs or resources would be allowed into this brave new world. This avoided the appearance of dictatorial and monopolist activity because the gravy is being spread over the meat and potatoes of multiple industrial powerhouses. The Rand Corporation, the United states Chamber of Commerce and the American Federation of Teachers.

This organization OWNS one-half of the copyright for Common Core.

It’s unknown to this writer as to how large the office is at Suite 700, 1 Massachusetts Avenue, but it seems it would be one whopper of a space to have so many coincidentally connected education related organizations all having ties to Common Core in one space.

The gist of this matter is the fact Common Core is NOT a locally controllable education program. The Bill and Melissa Gates Foundation along with other super-powerful corporations set to make more billions dangle billions before the funds starved school districts around the world. It promises educational standards directed by theorists specializing in studying education but not really ever practicing the delivery of education to anybody other than other theorists who rubber stamp their theses.

(Tomorrow we’ll look more deeply into the motivation for all of this.)