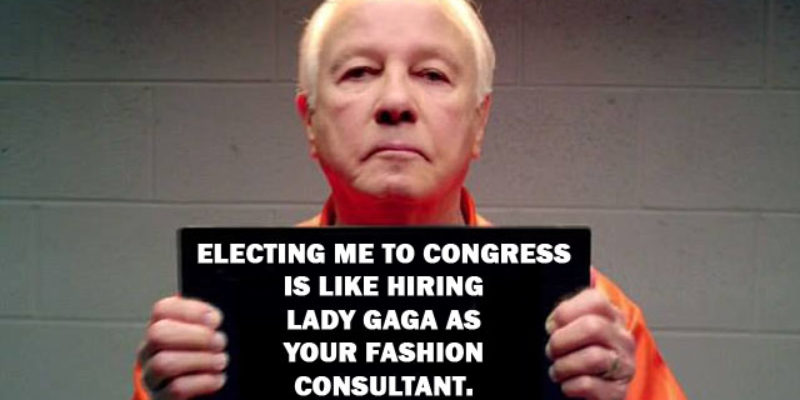 We’re now in the primary/runoff “48-hour notice” period, meaning that the FEC requires candidates who take campaign contributions less than three weeks from Election Day they’ve got to report those donations within 48 hours of taking those contributions.

And Edwin Edwards’ campaign finally brought itself up to date on Friday with the 48-hour notices from the primary. Edwards took $27,400 in the contributions covered by the 48-hour notices between Oct. 24 and Oct. 29, and most of that money came from the Shreveport area and not the 6th District.

It’s not a long list, which is an indication that Edwards’ candidacy was petering out pretty badly toward the end of the primary – which showed up in his pitiful showing of only 30 percent despite being the only Democrat with any name recognition in the race.

By contrast, Edwards’ Republican opponent in the runoff and certain winner of the race by a large margin Garret Graves raised $70,200 in the period covered by the 48-hour notices.

This isn’t going to be a close race, and Edwards should have gotten out of it and spared himself the embarrassment of a blowout loss to Graves on Dec. 6. Instead of quitting, he fired his campaign manager Ari Krupkin and brought in a classic Democrat insider operative named Harold Taylor to take over.

Taylor is an interesting study in good-ole-boy Democrat politics. He’s the former mayor of tiny Palmetto, Louisiana, which is a tiny burg of 200 people about 40 miles outside of Lafayette. A nurse he knew who lived in Palmetto but worked in Lafayette was griping about the commute, and Taylor brainstormed with her until she came up with a business plan to do home health and nursing homes that ultimately became LHC Group. Taylor at one time served as the governmental relations officer for that firm, and he made $2.4 million off the company’s IPO.

On the board of LHCG? John Breaux and Billy Tauzin.

We’re not saying that LHCG is crooked or anything. But a business which owns home health and nursing homes, which is basically a government contractor, would OF COURSE have Democrat politicians all over the place on its board and in its management.