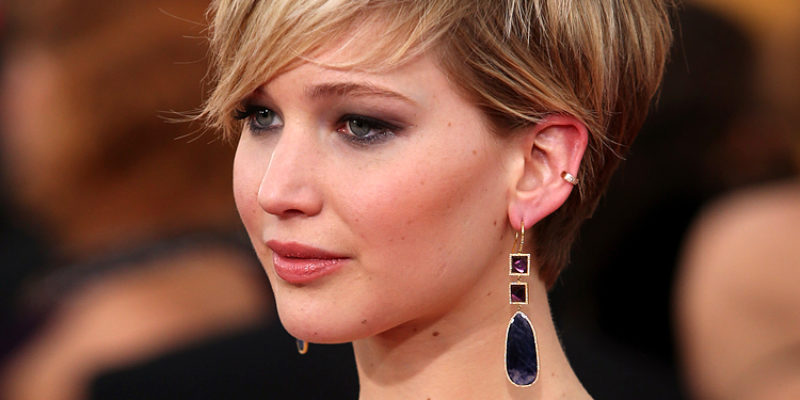 Hollywood’s most normal and down-to-earth ‘It’ girl Jennifer Lawrence is now on the ‘I’m a victim in Hollywood’ bandwagon, but let’s just hope she is letting off some steam.

J.Law is probably the most liked and sexiest woman in Hollywood in over a decade. Who doesn’t want to be friends with Jennifer Lawrence? And what man on earth doesn’t want to get with her?

Jennifer has managed to stay out of the ‘I’m a victim!’ feminist bullshit that almost every other current actress in Hollywood has perpetuated in the last few years.

Because you know, it is so damn hard being rich, fabulous, pampered and waited-on hand and foot by Parisian designers all day.

Anecdote: Remember Patricia Arquette at last year’s Oscars? She went on some gender pay gap tirade, telling the rest of us that basically she doesn’t get paid enough for all that hard work she does. (The hard work of having to read lines from a script while being filmed.)

What does she even need more money for? Liposuction? Though, no amount of liposuction is going to do Patricia any good. (Wait, we’re not allowed to make fun of rich Hollywood women anymore because they deserve respect! Oh well.)

Anyway, Jennifer penned an essay this week where she essentially tells us that she is sick of having to be “adorable” while sticking up for herself. She also says that she’s tired of making less money than every other man on set.

While British actress Emma Watson (Who I completely destroyed last month and you should read it) says somewhat of the same nonsense, Jennifer does it with more conviction and perspective.

See, Emma Watson just goes on and on about how she isn’t given good roles and she’s not paid enough millions because she is a woman. She’s BASIC.

Meanwhile, Jennifer tells us she isn’t paid the same amount as men because she is not willing to put up a fight with movie executives, in fear that she will not be “well-liked” anymore.

And Jennifer puts some perspective on the issue, writing that she really doesn’t want to come off as complaining about not getting enough money last year because families across the country are actually struggling.

What’s most interesting is that Jennifer thinks she has to put on an act to be liked by the public. That’s actually the reason everyone loves her, because like her Hunger Games character Katniss Everdeen, she really doesn’t give a -bleep- what anyone thinks.

She’s not Anne Hathaway. (Ugh, remember when Anne memorized her Oscar acceptance speech because she knew she was going to win. Just the thought of it makes me hate her)

When Jennifer falls walking up to get an award or tells us some ridiculous story about her failed attempt to dance with Jennifer Lopez, we love it, because we know she just doesn’t care what the rest of Hollywood thinks.

Jennifer’s essay on the issue is far from the usual feminist, sexism nonsense that we hear from Julianne Moore and Emma Watson. It actually makes sense and it realizes that this isn’t an epidemic throughout the country.

To the contrary, Emma Watson would prefer that the rest of us treat her like a poor little sunflower because she’s a woman in the big, bad world of Hollywood.

Hollywood’s run by liberal elites. And yet it’s apparently the most sexist industry on earth. So, that would mean that it’s liberal elites perpetuating sexism. GASP! Shocker!

Another anecdote: Can you imagine pampered elites like Matt Damon and Emma Watson doing anything other than being Hollywood loons? Like if they worked at a McDonald’s, they’d both cry discrimination and sexism if they were asked to work the to-go window because somehow that job is discriminatory. Yeah, stay in Hollywood, you guys wouldn’t make it anywhere else in this world.

For the most part, the highest paid actress is right. But, her words are bound to be taken out of context by the feminist crowd, like Lena Dunham, another BASIC actress. (If you don’t know who that is, consider yourself lucky because the sight of her is forever ingrained in our minds)

The feminists will run with Jennifer’s words just to prove their point that they aren’t treated good enough, aren’t paid enough, held to insane ideals of beauty, etc.

Even though that’s not really what Jennifer is saying, the feminists will use her words to perpetuate why they should be allowed to run around topless in public. (The only people wanting to see Lena Dunham topless are lesbians, and even they don’t want to see it anymore)

So please Jennifer, just don’t get sucked into the feminist nonsense. You’re the greatest actress in Hollywood at the moment. Don’t allow basic actresses like Emma Watson and Lena Dunham to tell you that’s not enough. They’re miserable human beings, you’re not, and that’s why we love you.