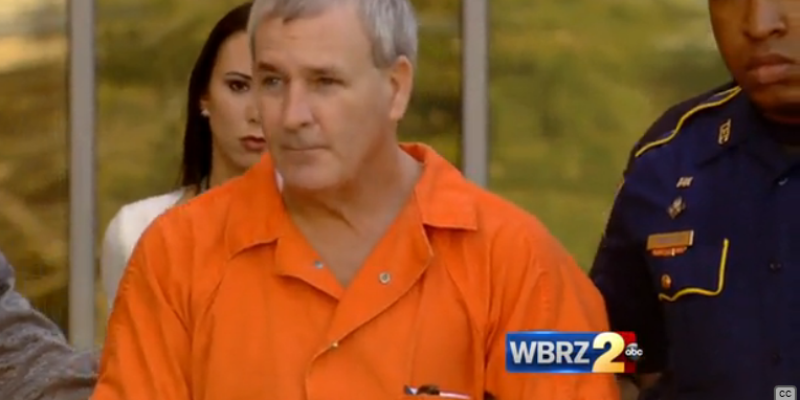 In the highest-profile Louisiana murder case in the last five years, the local media (and even law enforcement) has made a point to purposefully ignore the immigration status of alleged murderer and Cuban immigrant Ernesto Alonso.

In the Louisiana media’s initial reports of the now infamous Duplantier murder case, the Advocate, the News Star, KNOE, the Associated Press, LidTime.com, WBRZ-Baton Rouge and WAFB all described Alonso in playful terms, calling him a “handyman” and a “landscaper.”

Alonso is accused of breaking into the Baton Rouge couple Denis “Bubbie” and Suzanne “Suzy” Duplantier’s home, torturing and strangling them to death, then dumping their bodies at a Hammond gas station with the help of a friend.

Only when Alonso was first named as a suspect did the Advocate report that the alleged murderer was in fact a Cuban immigrant who could possibly be here on a worker’s visa. However, this report contradicted claims that the US does not admit Cuban immigrants through visas.

Out of seven media outlets, not one has mentioned in recent reports that Alonso is from Cuba and that he may have gone back and visited Cuba in just the last couple of years before murdering the Duplantier couple.

Additionally, sources have told the media that the murder suspect actually killed two people in Mexico, yet none of the seven media outlets investigated those claims and law enforcement hasn’t acknowledged whether they are true or not.

In most recent reports last week by WAFB and WBRZ, reporters explain how Alonso was extradited back to Louisiana after fleeing to Florida.

WAFB and WBRZ never mention Alonso’s immigration status, nor do they mention that he is an immigrant or guest worker from Cuba with a potential criminal record in Mexico. All of these facts are conveniently left out of both stories.

In WBRZ’s report, their reporter even speaks to Alonso in Spanish and Alonso addresses the reporter, telling her that he did not kill the couple. Still, it’s not mentioned that the suspect is from Cuba.

A second suspect, Frank Garcia, in the murder case has been arrested in Florida and like Alonso, his immigration status has gone unreported and unquestioned as well.

The questions of how Alonso could have entered the country if he did in fact have a violent criminal record in Mexico or Cuba remain because the local press clearly has no interest in reporting on a flawed immigration system.