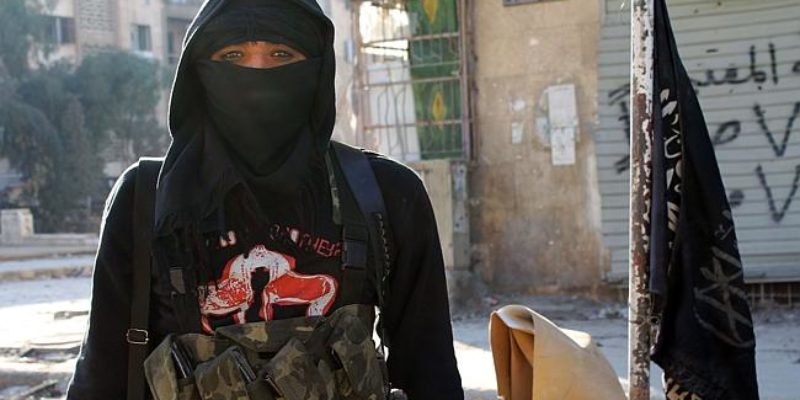 Immigration and visa programs are not the country’s strong-points when it comes to protecting American citizens.

More than often, the immigration, refugee and foreign visa systems greatly favor those coming into the country, rather than those already in the country.

As part of the Hayride‘s special report series on the growing problem of immigration, refugee resettlement and visas, this report will focus on how the country’s visa program hurts Americans and helps radical jihadists.

Most recently, the New York Times released a report where they essentially concluded that since 2001 “hardly any foreign-born” residents in the country have committed terrorism.

Of course, this is wildly misleading, as it coincidentally excludes the 9/11 hijackers who were all in the United States on business, student and tourist visas.

The only case the New York Times included in the report was the case of Nigerian Islamic terrorist Umar Farouk Abdulmutallab who attempted to detonate explosives sewn into his underwear on a Detroit-bound airliner on Christmas Day back in 2009.

Of course, the New York Times willfully ignored the number of jihadist terrorists who were foreign-born who left the country to fight for the Islamic State, as noted in our special report here.

It is not uncommon for the mainstream media to ignore the issue of visas and the mass migration of Muslim populations into the United States.

This has actually become somewhat of the norm. American citizens do not even expect the media to discuss the issue because the media has ignored the problem for decades.

The country’s visa program is particularly alarming, especially in the wake of the San Bernardino shootings.

The Immigration and Naturalization Service (INS) admits that there are so many visas given out each year around the world that it is impossible to conduct background checks on every single person.

This is how many terrorists entering the country enter using their own visas and passports. As previously mentioned, the 9/11 hijackers arrived in the country on student, business and tourist visas.

Two of the 9/11 hijackers overstayed their visas, but that’s not uncommon whatsoever.

As of last year, the number of immigrants who have overstayed their visas was at about 2 million, however, that number is most likely under-reported because it does not include the guest residents in the country that the federal government is unaware of.

Not only is it fairly easy to obtain a visa to the United States, it’s also a perfect way for jihadists to enter the country because once in, the INS admits they do not have the capacity to track visa-holders.

“The issue of entry-exit tracking of visa holders is now being given new priority. INS officials argue that at present, it is impossible to track all foreigners in the U.S., and the agency doesn’t have the manpower to physically put people on planes,” PBS explains in an extensive report on the problem.

THE MYTHS AND THE FAMOUS VISA-JIHADISTS

The myth that the New York Times and multiple other media outlets have attempted to perpetuate is that there is no problem with the country’s visa programs.

That, nonetheless, is not what the facts indicate.

In an analysis of 48 terrorists inside the US between 1993 and 2001, the Center for Immigration Studies found that 16 of those terrorists had arrived on a some sort of visa. Another 12 of the terrorists were illegal immigrant and three were pending asylum in the country.

The three terrorists who were pending asylum came to the country on a wave of ‘help-refugees’ rhetoric, as they were posing as foreigners who were being persecuted against.

Besides the 9/11 hijackers, just today it came to light that the female, Tashfeen Malik, arrived in the country from Pakistan on a K-1 visa. The San Bernardino shooting has left 14 people dead and 17 people injured.

Malik, from Pakistan, lived in Saudi Arabia for a while before marrying the other murderer in the shooting, Syred Farook, and then coming into the country on her visa.

When the FBI first got involved with the San Bernardino attack, multiple media outlets reported that Pentagon officials had ran the suspects’ names through their ‘terror watch lists,’ but that nothing was found.

This was largely the case because Farook had become radicalized in the country and Malik’s name would have never made it to the terror watch list because she was in the country on a visa.

The terror watch list is meant to keep terrorists from obtaining visas, but it has clearly not done the job that it was meant to, as Malik, along with nearly 16 more terrorists have been allowed into the country on visas.

Unfortunately, the way the country’s current immigration system and visa program works, radical jihadists are far too often able to infiltrate the country.

The interviewing process for obtaining visas has become a colossal failure of the United States.

In the case of Lafi Khalil, the foreign Islamic terrorist who was involved in a 1997 Brooklyn bomb plot, the jihadist’s interview process for obtaining his visa was highly inadequate.

The consular officer who interviewed Khalil did not even request records showing that the jihadist had a sufficient amount of funds to travel and stay in the country for the time he was requesting. Thus, this allowed Khalil to enter the country quite easily with no suspicion.

In other cases, like a few of the 9/11 hijackers, the visa-obtainment process is even more lax.

Abdulaziz Alomari, Salem al Hamzi, and Khalid al Midhar (members of the 9/11 hijackers) all obtained their visas without even going through an interview process at all. This process is known as “Visa Express,” where foreigners are able to submit their travel documents through a travel agency and obtain their visa that way.

Not to mention, many of the regulations which attempt to keep terrorists out of the country fail.

For example, Section 214(b) of the Immigration and Nationality Act tries to screen for individuals applying for visas who may appear to attempt to overstay their visa or resettle in the country permanently.

Immigration officials often look for if the individual has a residence/family in their home country that they are likely to return to and whether or not they have the sufficient funds to return home. Suspect individuals are normally young people who do not have families and do not have a lot of money.

On this criteria alone, a number of the 9/11 hijackers and Tashfeen Malik of the San Bernardino attack should not have been allowed into the country.

9/11 hijackers Mohammed Atta, Mohand al Shehri, Majed Moqed, and Ahmed al Haznawi were all single men with not enough money to return home on their visas.

Malik, in yesterday’s San Bernardino attack, should not have been given a visa under Section 214(b) of the Immigration and Nationality Act because there was substantial suspicion that she would be overstaying her visa being that she was resettling in the country with a husband and a newborn baby.

Unfortunately, these are not questions and alarms that have come up in any reports by mainstream media outlets.

Nonetheless, the facts conclude that there is a massive problem with the way in which the country admits foreigners on visas and how those foreigners go un-tracked, despite red-flags that should have been raised in the visa-obtainment process.

Interested in more national news? We've got you covered! See More National News
Previous Article The San Bernardino Thing Might Not Be Over
Next Article AFTERBURNER: How The Clock Boy Story Is Modern Islam In A Nutshell